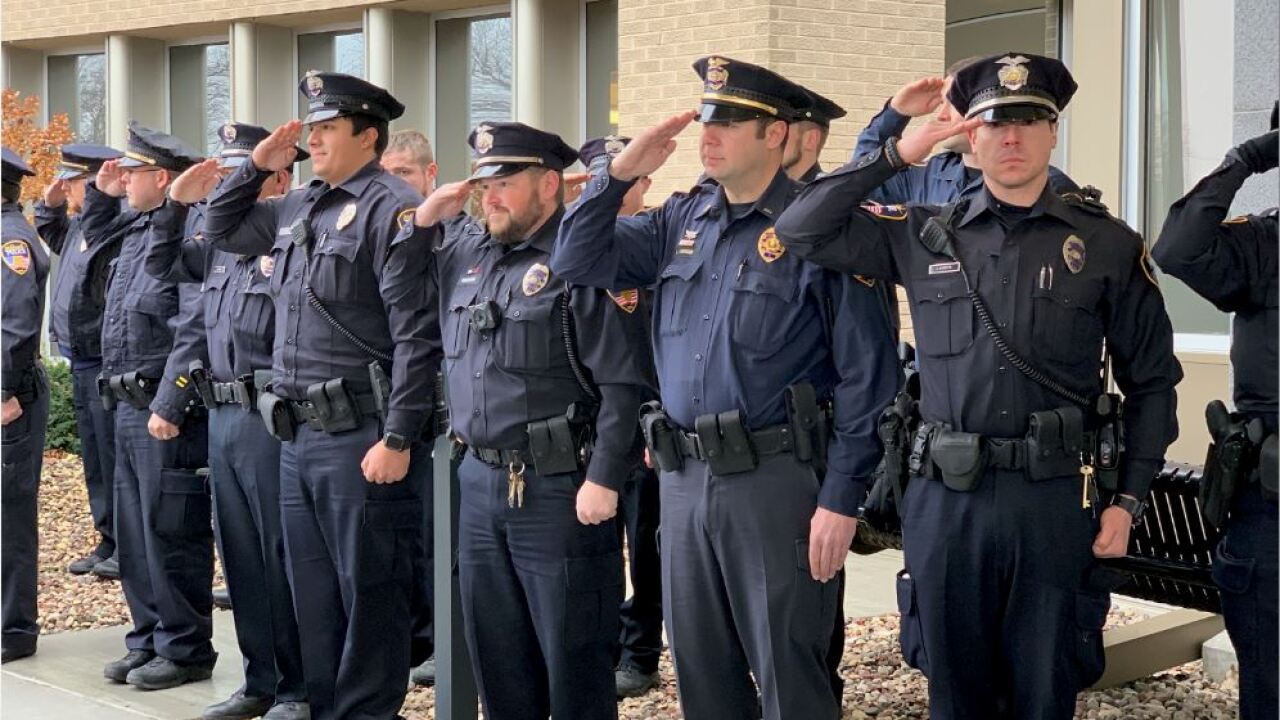 OSHKOSH — The resource officer who was injured during the Oshkosh school shooting last week was released from the hospital Monday and received a police escort.

Officer Michael Wissink was stabbed during a school shooting on Dec. 3. He was taken to the hospital along with the suspect, who had been shot. The suspect has since been arrested and faces possible charges of attempted homicide.

Less than a week later, Officer Wissink has been released from the hospital. As he walked out of ThedaCare hospital in Neenah, Wissink was greeted by Oshkosh police and escorted to Oshkosh West High School, where students and faculty will have a chance to thank Officer Wissink.

In a statement, the Oshkosh Superintendent, Dr. Vickie Cartwright, said:

“We are incredibly thankful to Officer Wissink for his actions last week. Today we had an opportunity to show him how grateful we are for his commitment to keeping our students and staff safe. It is an honor to have such a strong relationship with our local law enforcement agencies and we are so appreciative to the Oshkosh Police Department for having school resource officers in our schools."