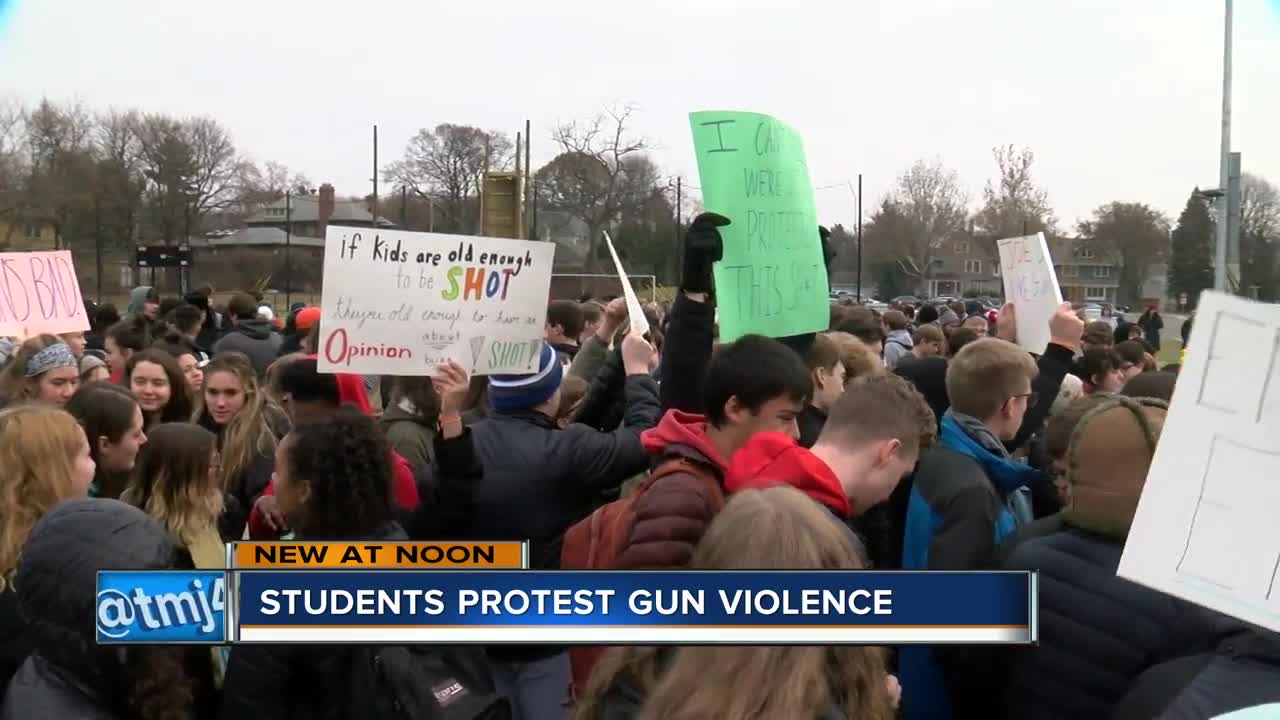 Wauwatosa East students walked out of class Friday in protest of gun violence in schools. Adrianna Mendez has more.

WAUWATOSA, Wis — About 300 students at Wauwatosa East walked out of their classrooms Friday morning to call attention to gun violence and gun reform.

Students handed out orange bracelets and held signs demanding lawmakers listen to them. Eva Ouffut was one of the organizers, she said no student should have to go to school in fear.

"We are frustrated. We are angry. We want to see change and go to school safe," said Ouffut.

The schools principal Nick Hughes said he was proud of the students for voicing their opinion.

"It’s important that the student voice is heard and this is an opportunity for them to put together their thoughts," Hughes said.

The students walked their way from the school to City Hall. They hope this event grabs the attention of law makers in Madison.

"Invite us to the Capitol and we can have a conversation and try to work on something and get something done," said senior Jillian Esch.

More than a dozen schools across southeast Wisconsin participated in the walk out.