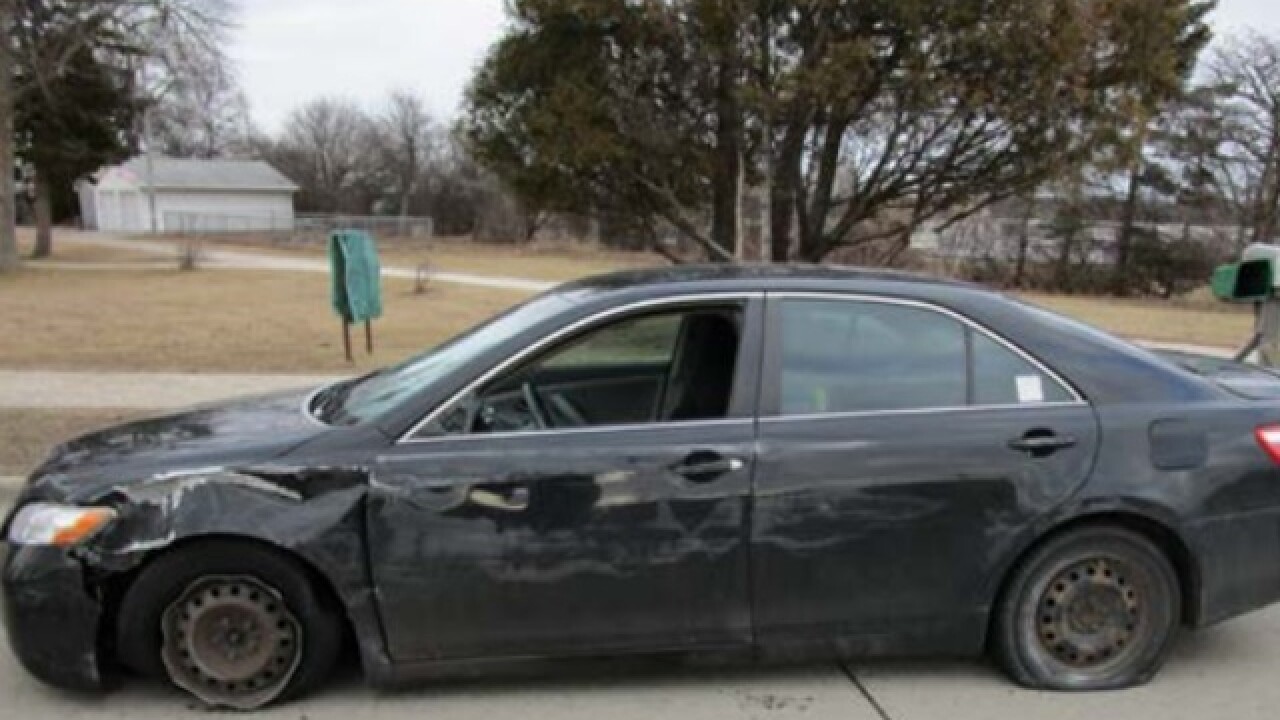 A 36-year-old Waukesha man has been accused of drunk driving for the third time, this time with a 4-year-old in the back seat of the car.

According to a Milwaukee County Sheriff's Office news release, on Tuesday afternoon, police received multiple reports that a black Toyota on I-41 struck many cars and continued driving. The driver of one of the cars hit followed the Toyota and saw it hit a barrier wall on Capitol Drive and continue driving with a flat tire.

Menomonee Falls police and Waukesha County Sheriff's deputies tried to stop the car but it continued driving, even after officers deployed stop sticks.

The car finally stopped near County Line Road with three flat tires.  Officers detected the smell of alcohol on the driver's breath and found a four-year-old child was in the back seat.

The driver tested a .147 on a breathalyzer and was taken into custody in Milwaukee County.

The driver had prior OWI convictions in 2009 and 2015. He's facing a possible third OWI charge, along with others. Menomonee Falls police turned the child over to Child Protective Services.

If convicted the suspect could serve up to four years behind bars.