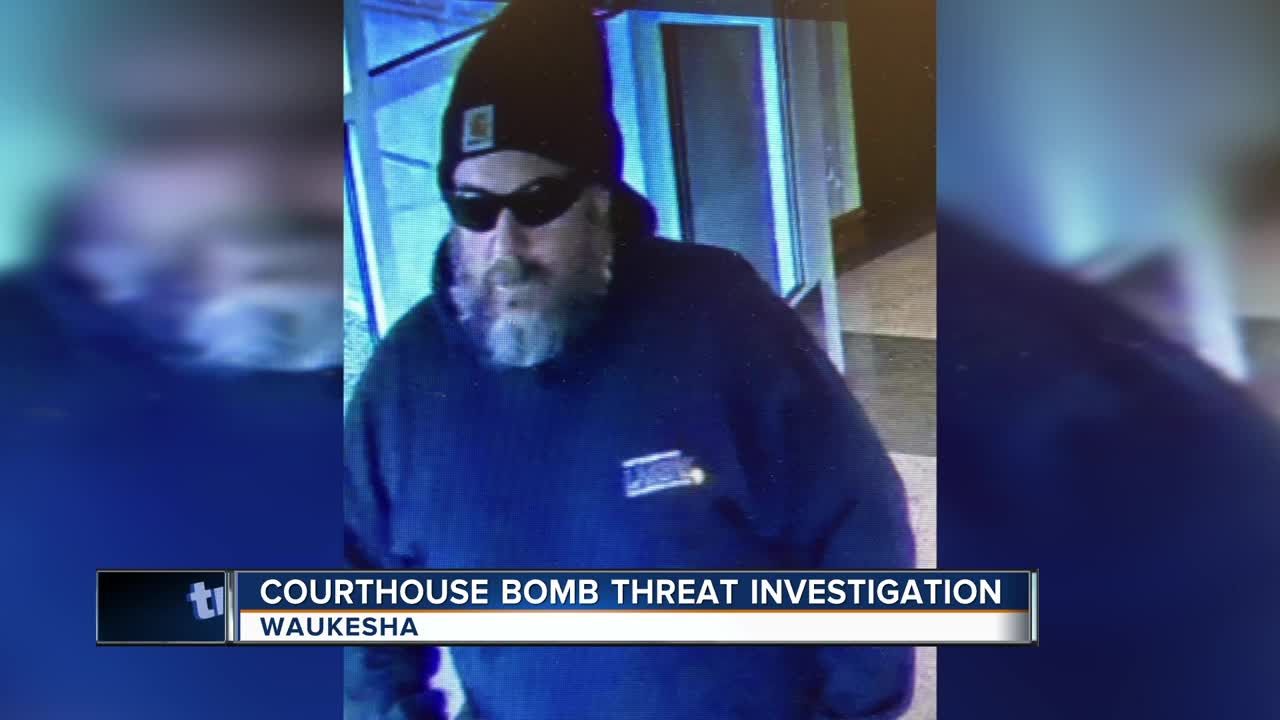 The Waukesha County Sheriff's Office is requesting the public's assistance in identifying a person of interest from the Monday morning bomb threat. 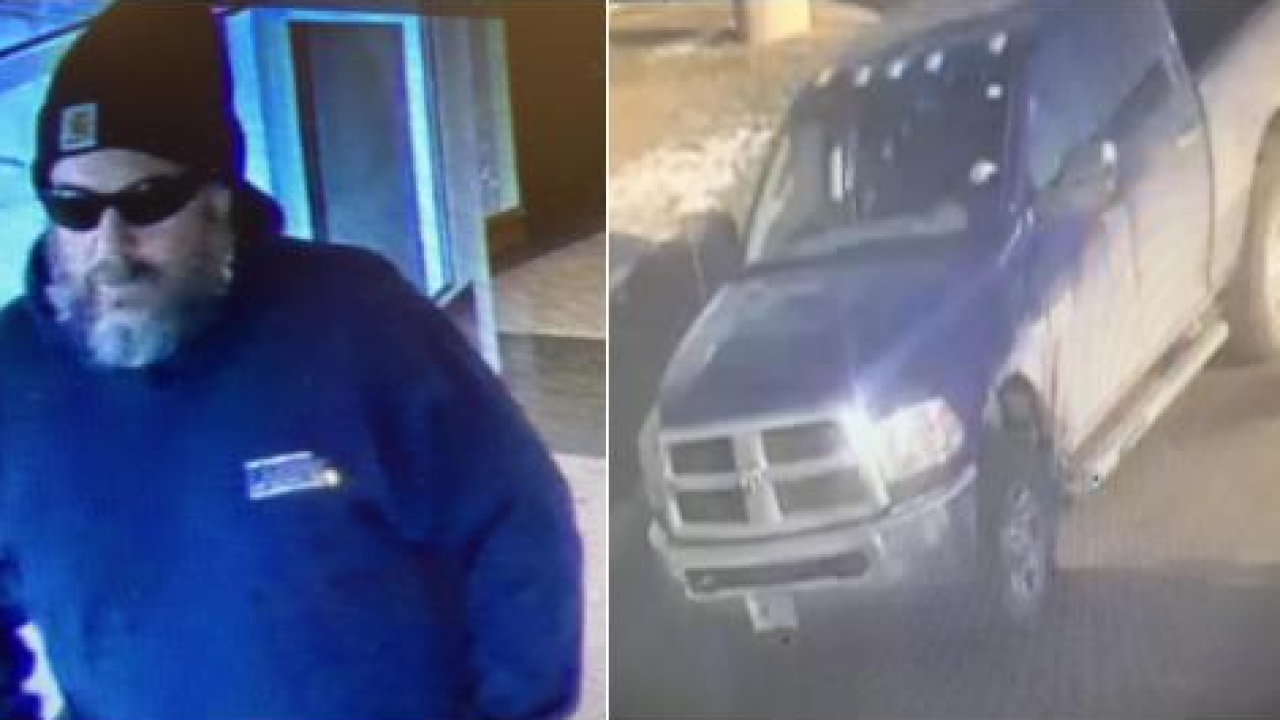 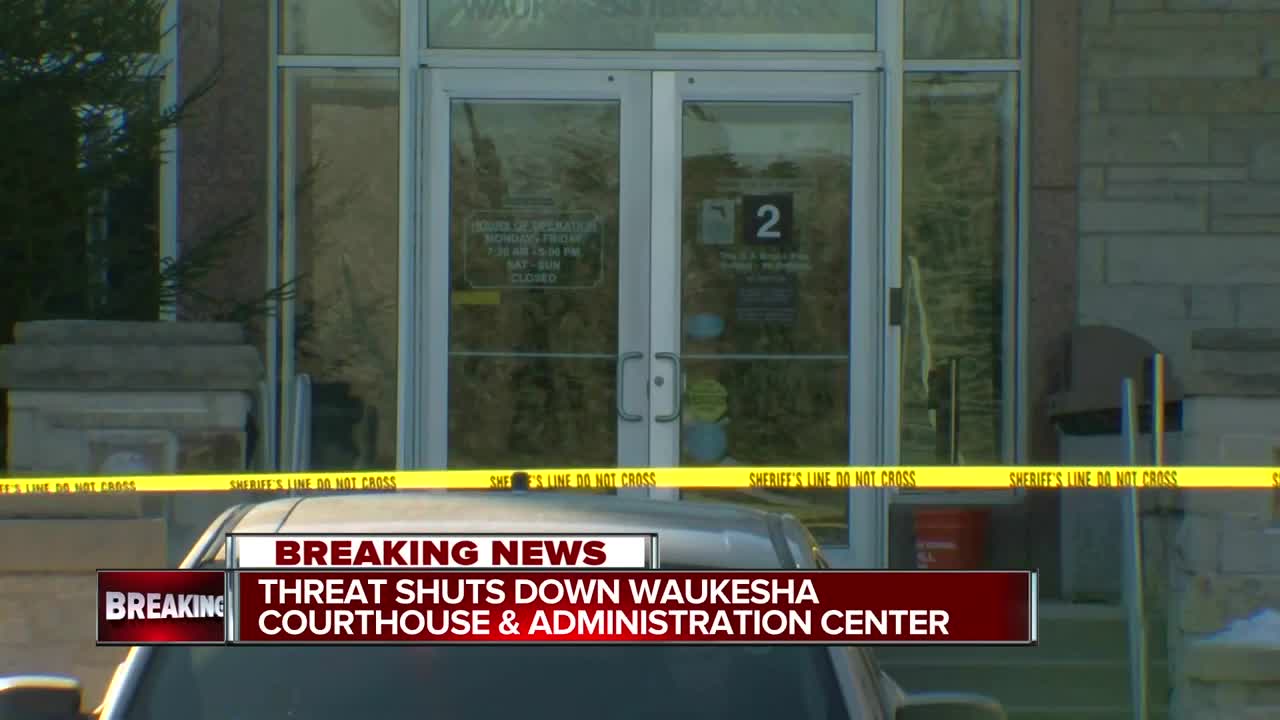 WAUKESHA COUNTY — UPDATE 3:28: The Waukesha County Sheriff's Office is requesting the public's assistance in identifying a person of interest from the Monday morning bomb threat.

The building was deemed safe after being searched by explosive detector dogs and staff.

If you recognize this man or the vehicle, please contact Detective Friedbacher at 262-424-9082.

UPDATE 12:02: The Waukesha County Sheriff said that the courthouse and adjacent buildings will be closed for the rest of the day. All court cases will be rescheduled. Officials hope to have the building functioning normal by tomorrow morning.

The initial alert that there was a bomb threat came after an anonymous person called another local news outlet saying there were five bombs in the courthouse, the Sheriff said. The first bomb was supposed to go off around 9:00 a.m. That never happened. Officials added that sometimes these calls can be hoaxes, but they made the call to shut down the building and treat it as a serious situation.

The Waukesha County Courthouse is temporarily closed due to a bomb threat, according to county Executive.

All morning court dates have been canceled and rescheduled. It is unclear how afternoon appointments will be affected. A news conference is scheduled for 11:30 a.m.

This is a developing story. TODAY'S TMJ4 will provide updates as more information is gathered.

Report a typo or error :