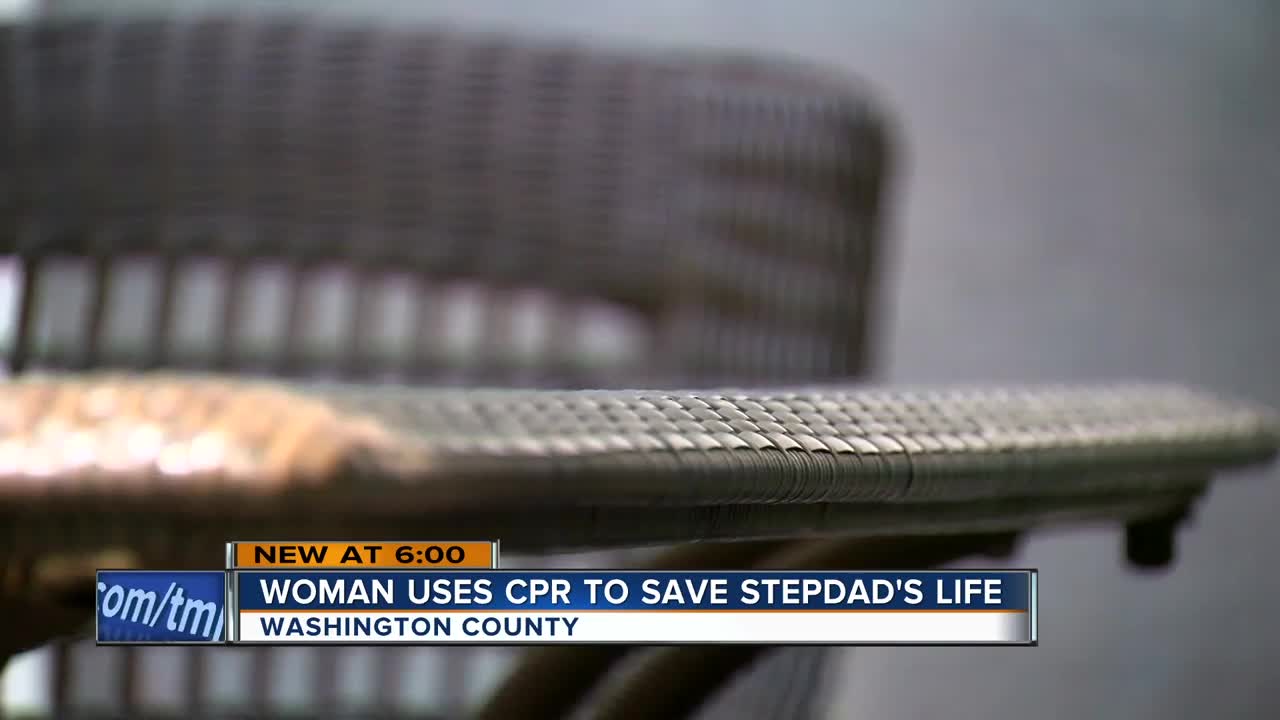 WASHINGTON COUNTY — When Curtis Vorpahl had family over at his home Friday night, he could have never imagined the emotional scene that unfolded.

"Thought to myself for that time in the evening how warm it felt outside. That's the last thing I remember," said Vorpahl.

His stepdaughter, Rachel Nelson, was sitting next to Curtis when she said it looked like he fell asleep.

Then things got scary.

"We were not able to locate a pulse, and he stopped breathing," said Nelson.

Vorpahl was stunned to learn he survived a cardiac arrest. He said he did not suffer from cardiac issues in the past.

"I thought I just passed out. I didn't realize the severity of the situation. They were telling me how lucky I was," Vorpahl said.

Nelson said she first learned CPR when she started working as a lifeguard nearly a decade ago. She recently got recertified for her new job at Rogers Behavioral Health. She said this was the first time she had to use that skill to help someone in need.

"I am just very thankful to be here yet. I'm thankful Rachel was there right next to me," said Vorpahl.

"I thought I just passed out. I didn't realize the severity of the situation. They were telling me how lucky I was." — Curtis Vorpahl

Their family hopes by sharing their emotional experience more people will learn CPR.

"I was so grateful that he was here and he was alive. It was really an emotional moment. Honestly, I'm so happy that he's here," said Nelson through tears.

If you would like to become certified in CPR, Gurrola said his fire department offers courses. You can also go to the American Heart Association's website and find a course near you.