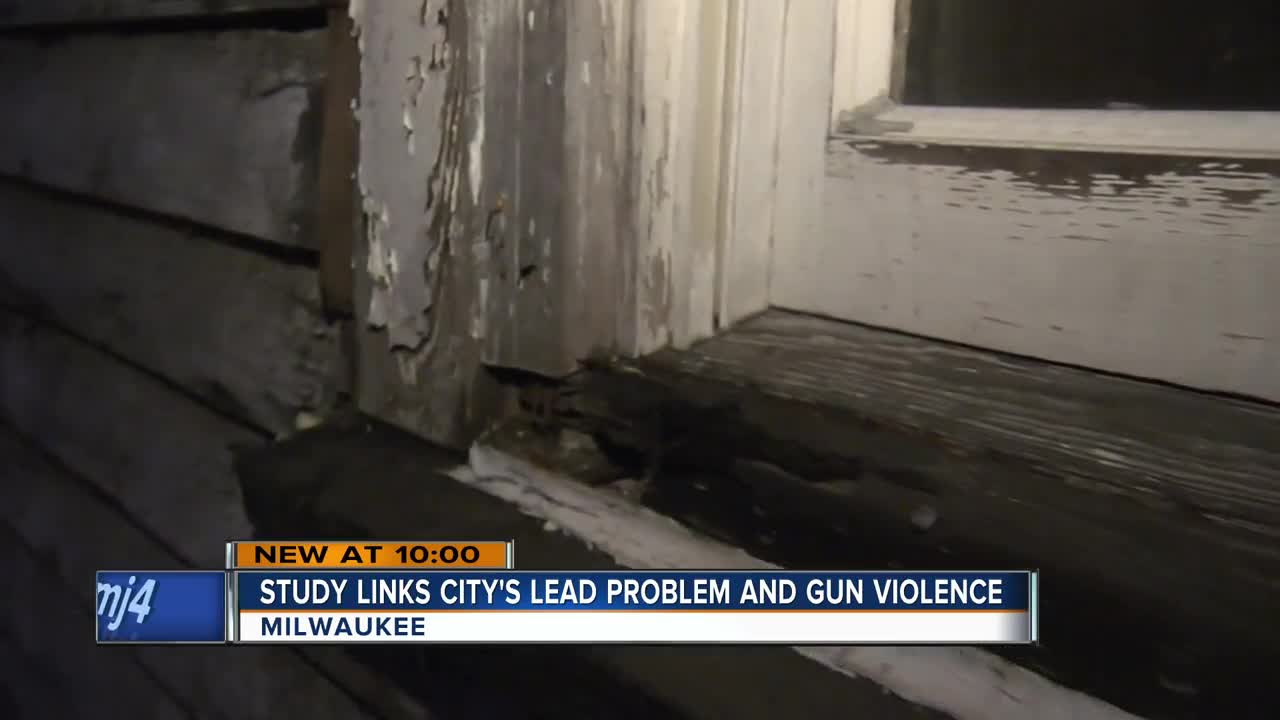 The most recent numbers from the City of Milwaukee show one in nine kids tested for lead in the city has lead poisoning.

"We found that as childhood blood lead levels increased in children, their risk for firearm violence perpetration and victimization also increased," said Lindsay Emer, who authored the study. Emer is a senior research consultant for the National Center for State Courts.

The study tracked more than 89,000 cases from Milwaukee alone. It looked for lead-tested individuals born between 1986 and 2003, and tracked if they were involved in gun violence.

Emer says studies show lead exposure in young children affects the brain, and it can affect decision-making and impulsivity. Researchers say that can induce criminal behavior.

"We know lead is not safe, so this is just providing additional reasoning to really address this issue fully," Emer said.

This is the message activists Robert Miranda and Tory Lowe say they've been trying to promote for years.

"It doesn't surprise me at all," said Miranda, the spokesperson for Freshwater for Life Action Coalition.

"This is what causes certain people to fall victim to violence, the lack of to be able to comprehend a situation and use the problem solving skills to get themselves out of the situation," said community activist Tory Lowe.

"I just pray that you know he doesn't fall into the negative statistics about being lead poisoned, so what I do is that I'm going to prepare to just be able to be available for him for probably the rest of my life," Lowe said.

In the meantime, Lowe wants people to hear his message.

"I always tell people get your kids checked for lead."

The Centers for Disease Control says all lead is unsafe, but levels five and above are considered lead poisoned.

According to the City of Milwaukee's website, 11.6 percent of children tested for lead in 2016 had levels at five. The city contends lead paint and lead dust inside homes is the greatest cause for lead poisoning.