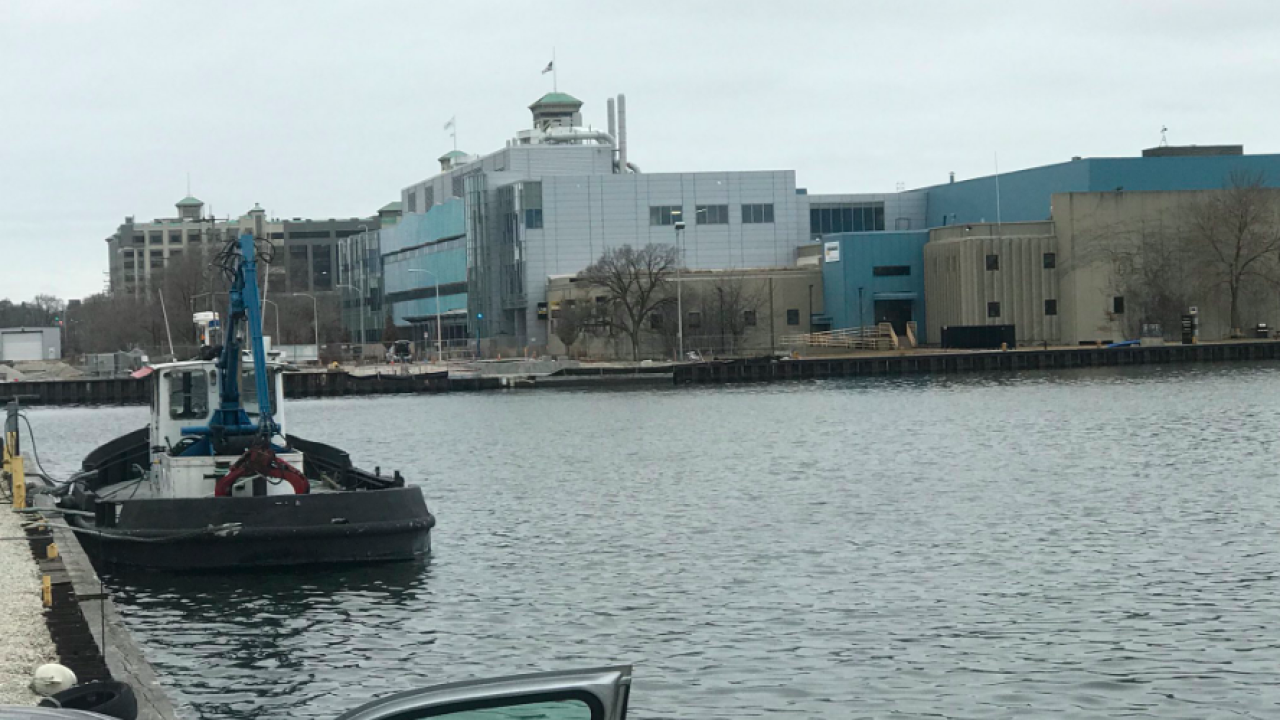 Milwaukee Fire was called 8:40 p.m. Monday for a car that drove into the Kinnickinnic River. Deputy Chief Aaron Lipski said when crews arrived to the scene near East Greenfield Avenue conditions were already bad with near freezing temperatures, sleet and strong currents.

Lipski said the car, that was the center of a police chase, drove through a construction site, getting tangled in a chain link fence and other materials before it landed in the water upside down.

When the first diver reached the car and a woman inside of it, he got stuck trying to reach the surface.

"When you hear these things it absolutely makes your heart stop," said Lipski.

Crews were able to communicate with the firefighter to help get him out safely.

"In this firefighter's own words he credits the level of training and the intensity and the frequency of his training for getting him for getting him through what in most people would create a hysteria a panic situation. In this case he felt that internal panic, but he was able to focus and work himself through those steps he learned in training to keep himself calm and start working through this disentanglement," said Lipski.

The team was relieved the firefighter, who has served with the department for 15 years, made it out alive.

"He’s a doer, a helper. He wants to be in the action that’s why he’s here. Now I’m glad to be able to describe him to you in this way instead of in the past tense. It shakes you to your core," said Lipski.

Lipski said the firefighter was at home with family Tuesday and doing well.