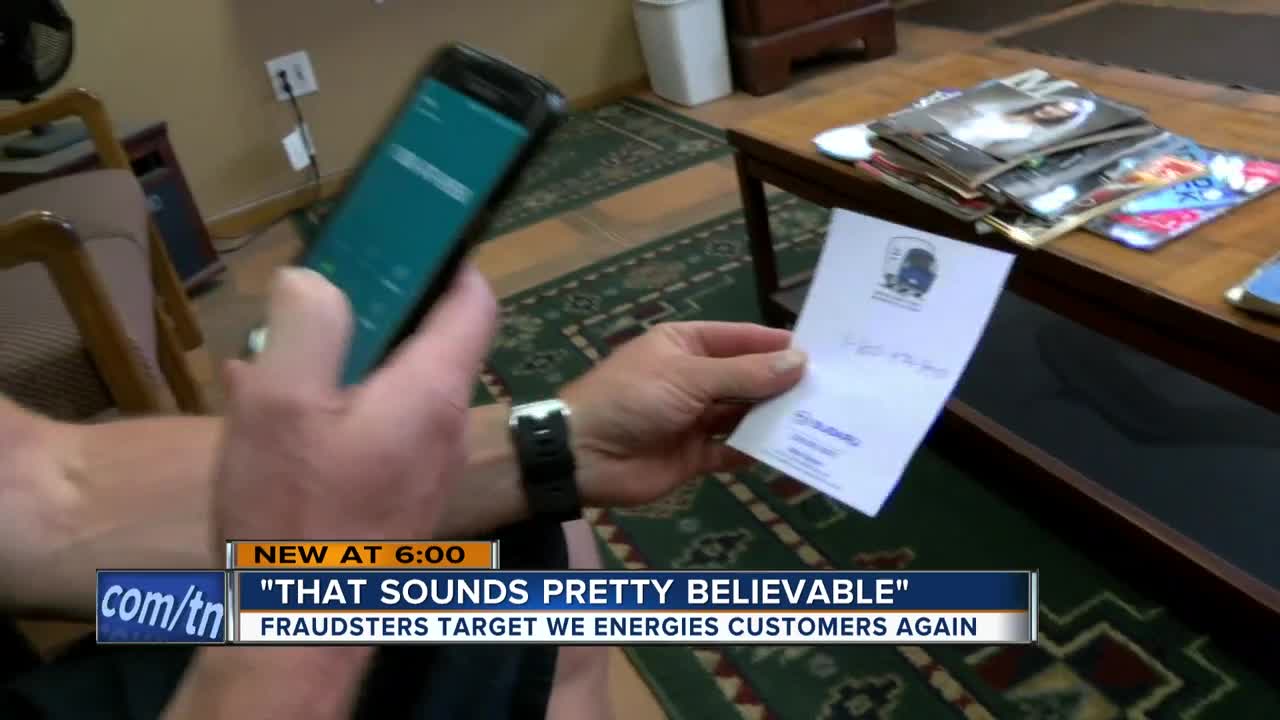 A local business owner says he fell victim to a fake We Energies scam, costing him nearly $500. 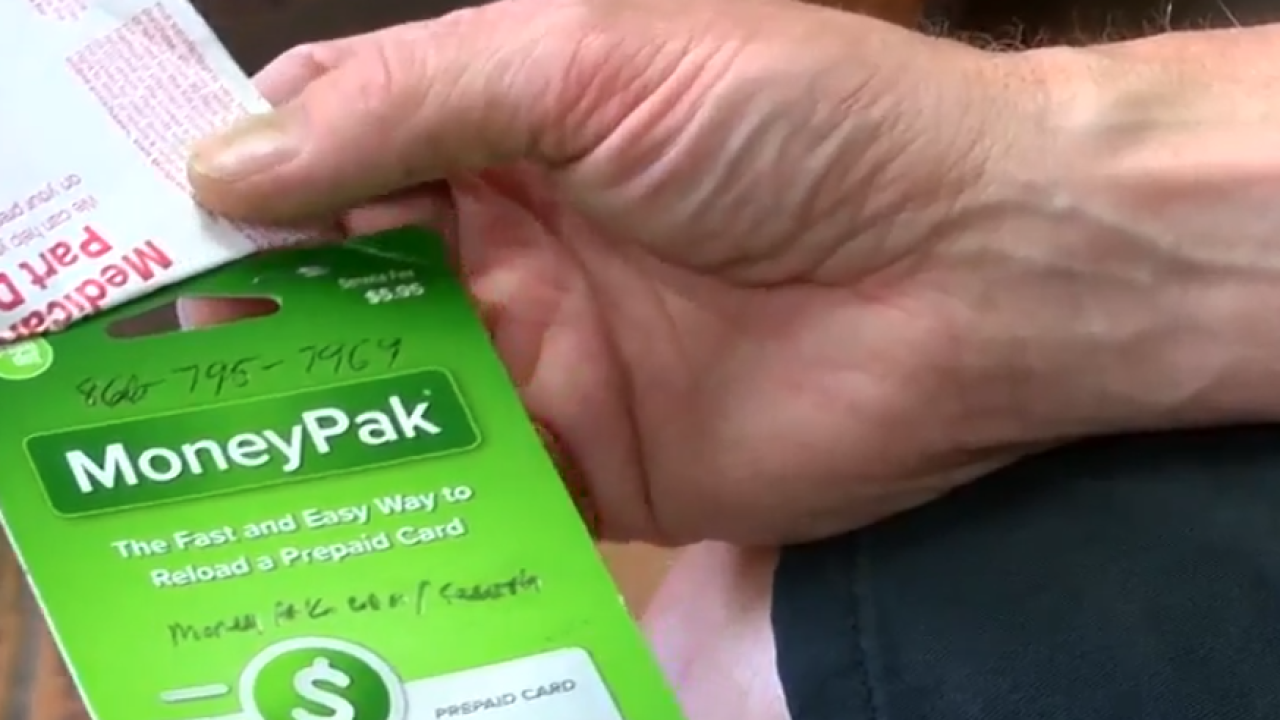 A local business owner says he fell victim to a fake We Energies scam, costing him nearly $500.

Robert Koepp owns Glass Pro in Milwaukee. They specialize in installing new glass in homes and cars. Last week, he believed he got a phone call from We Energies saying the bill for the business was overdue.

"He had a service order to turn my power off at the meter," Koepp said. "He hadn't received a check for last month's statement. They said I had 45 minutes to an hour to get the bill satisfied with them."

"Unfortunately, we see phone scams all year long," said Brendan Conway of We Energies. "We tend to have moments in the spring and fall with more of these, around our disconnection and reconnection time of year. People should know, we'll never threaten you. We'll never tell you we're going to disconnect you right in that moment. We're never going to try and intimidate you."

Koepp says it was extremely believable. He was told he couldn't pay over the phone with a check or his credit card because it would take 24 hours to be approved and they'd be forced to shut off his electricity for at least a day. Being a small business owner, he couldn't afford to have the lights go off.

"We'll never tell you to get a prepaid card and pay us that way," Conway said. "We'll work with anyone to set up a payment plan. We'll never say pay us today or you're shut off. We accept payment how everyone does."

A MoneyPak is essentially a pre-loaded money card used to make cash transactions to other debit card accounts.

Koepp says he was told to call We Energies at a specific number the scammer gave him. When he called, it seemed legitimate.

When dialing the number, an automated message begins to speak, "Welcome to We Energies. Your call may be recorded or monitored for quality assurance." Less than a week after Koepp was duped by it, the number still works.

Koepp says the scammers had personal information about his business that made it more believable including past addresses. Later, he felt like something was up and called a number on his We Energies bill to check.

"We'll never tell you to get a prepaid card and pay us that way. We'll work with anyone to set up a payment plan. We'll never say pay us today or you're shut off. We accept payment how everyone does." — Brendan Conway of We Energies

"I was told I was pretty much current with my bill," Koepp said.

He's since tried to contact MoneyPak and local law enforcement to get his money back. However, his frustrations lie in being taken advantage of.

"People that are out there trying to get money from scams like this is pretty dishonest," Koepp said. "How do people live with themselves after they're not putting in an honest days work?"

Conway says to avoid being a victim from a We Energies scam, hang up right away. He says find a phone number on your bill or on the We Energies website and call that number back.