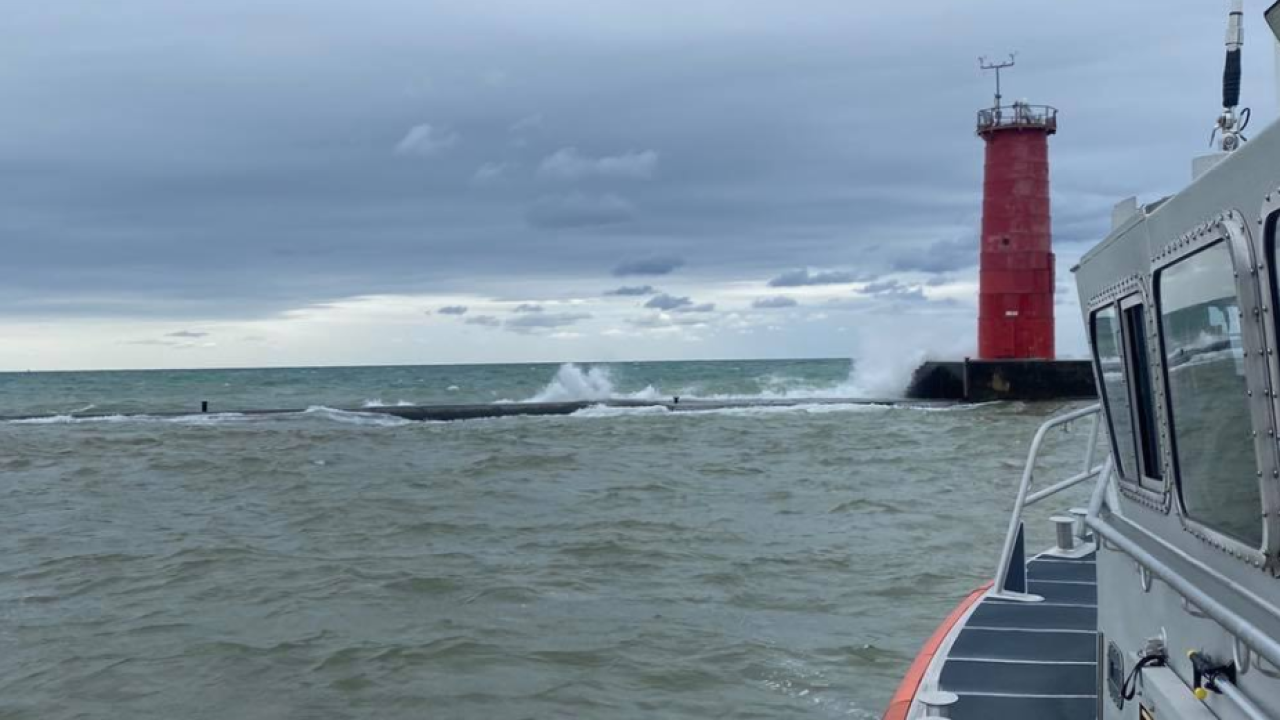 SHEBOYGAN — The U.S. Coast Guard was called to save a man after he became stranded on a lighthouse, after tall waves blocked his way back to land.

U. S. Coast Guard Station Sheboygan was called to the Sheboygan North Pier Lighthouse Tuesday morning, where they launched a crew and discovered that waves stood over six feet tall as they crashed onto the pier.

The Guard soon were able to pass the stranded man a PFD and eventually got him onto a Coast Guard boat, where they brought the man safety back to land.

"This serves as a reminder to everyone that enjoys walking the piers in all of our AOR that water conditions can be very dangerous and it is extremely important to look at weather and water conditions before walking on the piers," the Guard warned in a social media post Tuesday.