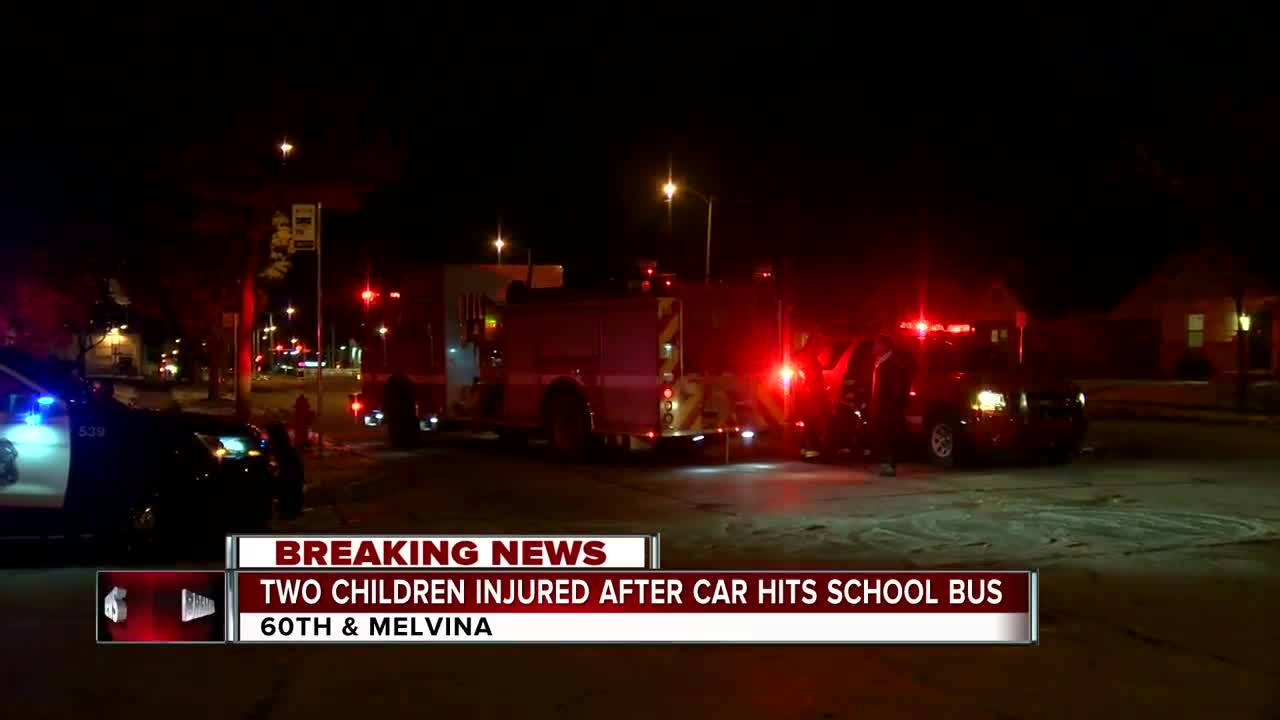 Two children were injured after a car hit a school bus in Milwaukee on Friday.

MILWAUKEE — Two children were taken to the hospital after a car and a school bus were involved in a crash on Milwaukee's northwest side.

The Milwaukee Fire Department says that it happened near the intersection of 60th and Melvina shortly after 7:00 p.m. Friday.

Police say two children were taken to Children's Wisconsin with minor injuries. Officers say the driver was cooperative and stayed on scene while officers investigated.

Stay with TODAY'S TMJ4 as we work to obtain more information.