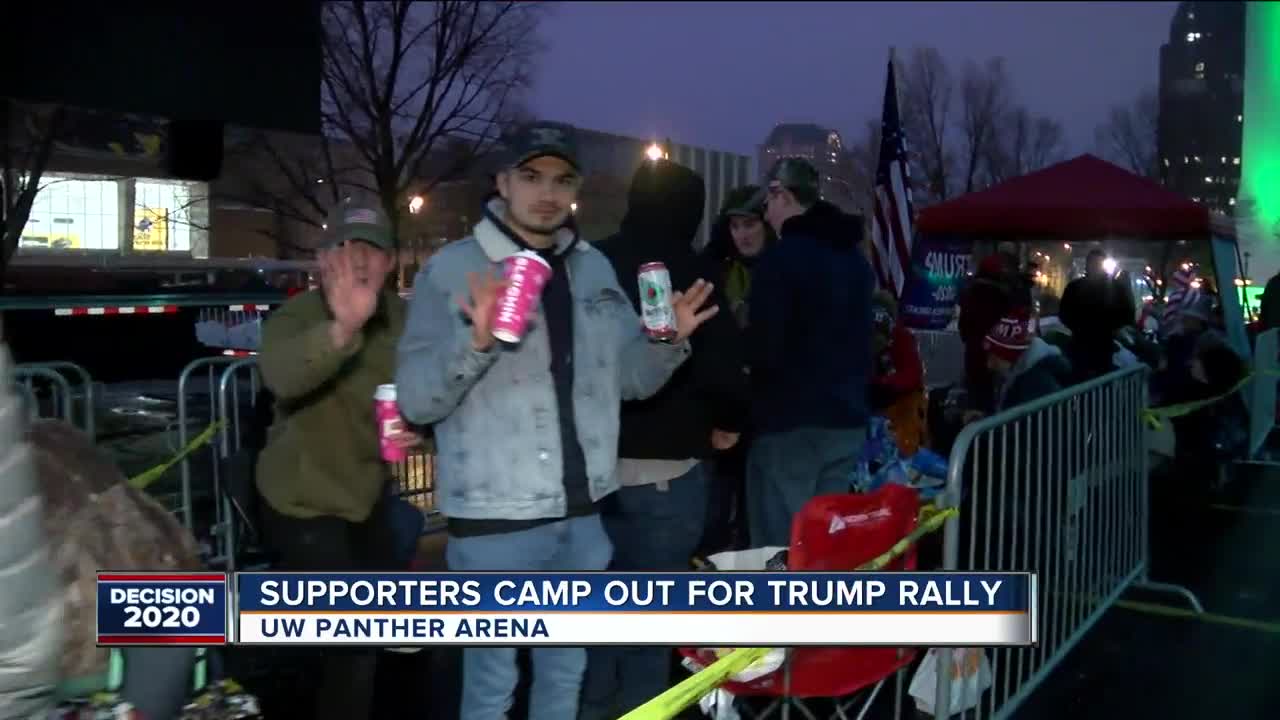 Dozens waited in line overnight to get a good spot inside the UW-Milwaukee Panther Arena for Tuesday night's Presidential rally.

Dozens waited in line overnight to get a good spot inside the UW-Milwaukee Panther Arena for Tuesday night's Presidential rally.

Some arrived as early as 4:30 p.m. Monday afternoon. Many are from Wisconsin, but others traveled north from Illinois.

"This is the closest for me," Dave Rodwell from Chicago said. "I want to show our support for the president. I want to show him thank you for everything he's done for the country."

"It's a communal feeling," Robert Wack of Naperville, Ill. said. "We're all different people. I'm talking to different people, they're great people. We all believe in one thing and one man who represents those things so it's great to see him speak what we all think."

Those here from out of state won't have a say in how Wisconsin votes. However, the people from the Badger State know all eyes will be focused here for the election.

"It's imperative that Trump come out here once or even twice to defend Wisconsin and keep it red," Chris from Madison said.

He says it's a big deal to have a president come to town.

"Even if you don't support him or even if you hate him, it's the president of the United States," Yontz said. "You should come out and see it. It's a really cool experience."