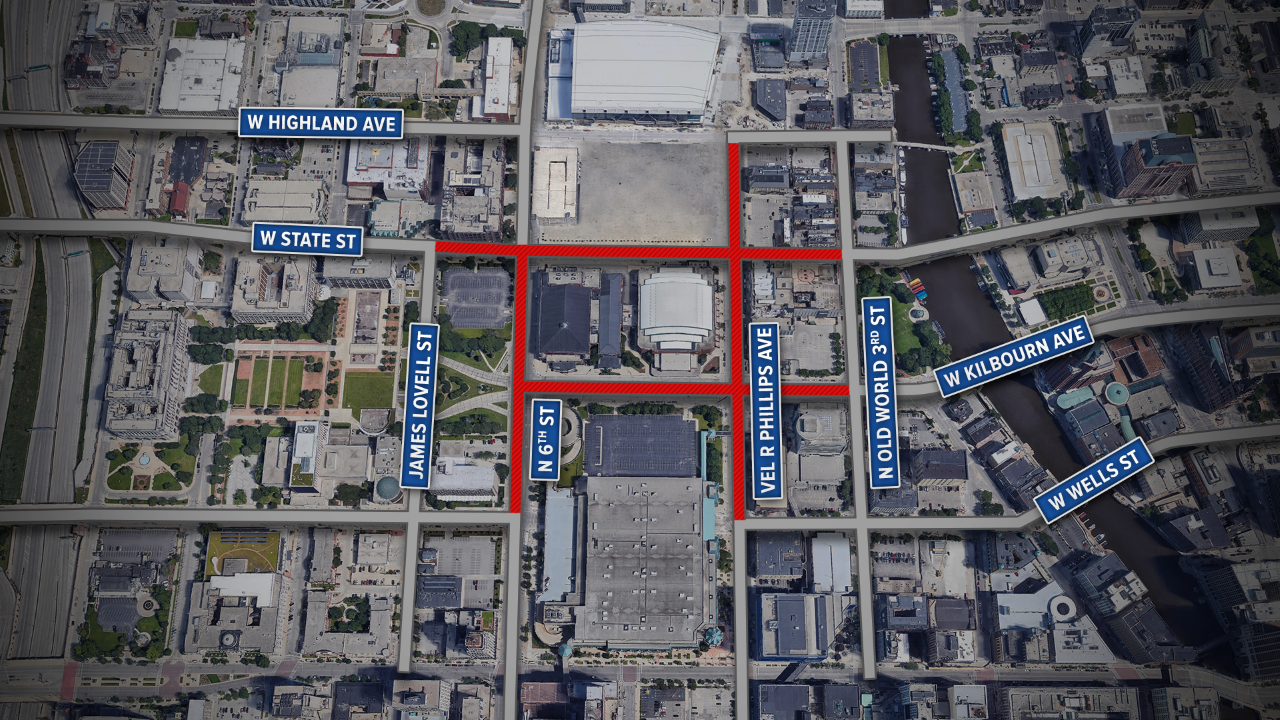 President Donald Trump and Vice President Mike Pence will be in Milwaukee Tuesday night for a campaign rally and while that means a lot of things to a lot of different people, it means one thing for everyone: traffic.

Street closures will begin at 12 p.m. Tuesday and are expected to reopen at 10 p.m.

The following roads will be closed:

Police say intermittent access will be allowed to the parking lot at North 6th Street and West State Street.

Here are the roads that will be closed for President Trump's visit today starting at 12. Expect to see limited parking, heavy congestion and bus delays downtown. pic.twitter.com/6SCqbKoC3u

Doors open at the UW-Milwaukee Panther Arena at 3 p.m. for President Trump's rally.

And if that wasn't enough, the Bucks also play at Fiserv Forum Tuesday night. Doors at Fiserv Forum are opening early at 5 p.m. in anticipation of heavy traffic. Fans are urged to show up to that game early to avoid the chaos