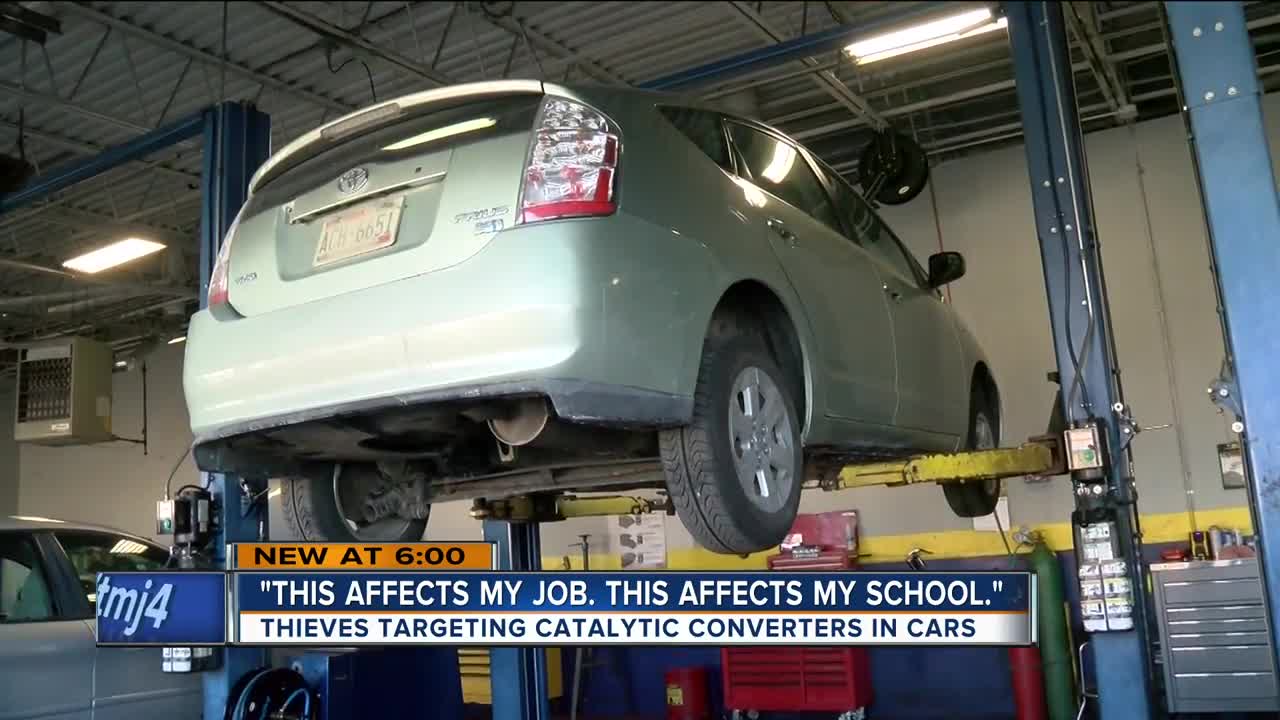 Milwaukee Police reported several calls in the downtown area. Similar reports are popping up across the country.

Igli Kaca is one of the victims. The MATC student says his dashcam caught the sound of crooks sawing off the catalytic converter on his Prius. It happened while the car was parked at a garage near 6th and Highland around 10:30 a.m. Wednesday.

"They did it in less than two minutes," said Igli.

"Most definitely they were skilled. They got beautiful fresh cuts. They knew what saw blades to use to get in and out of there as quickly as they can," said Ted Carr, Operations Manager at Packard Automotive.

He uses his car for work taking people to appointments. Now, he may be out at least $1,500.

"I'm trying to fix it but is it going to happen again," Igli wondered.

Milwaukee police did not disclose how many cases they are working, but Igli says officers told him it is in the dozens.

Andrew Toyota on Silver Spring Drive says at least eight victims showed up to their shop within the last month. Typically, they may see one or two cases in a year.

"When they get in here it sounds like you're at a NASCAR race. It's that loud," said Duane Domagalski, Parts and Service Director at Andrew Toyota.

Domagalski said many times the customer has no idea what happened.

"We get the cars inside and we put them up in the air and we find out the catalytic converters are cut off the cars," said Domagalski.

Car experts say catalytic converters in hybrids are lucrative. Just one can resell for hundreds of dollars.

They say it is on salvage yards to help deter these crimes.