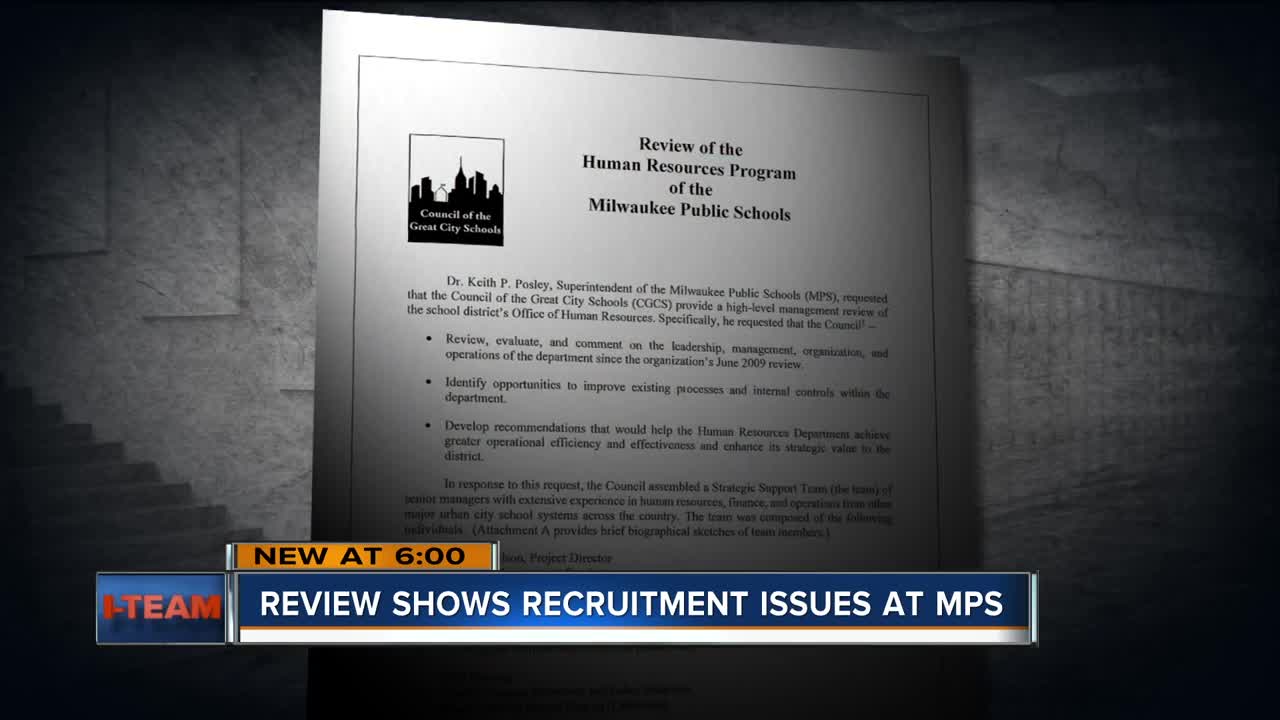 The I-Team discovers that Milwaukee Public Schools may have missed out on good teachers because the HR department couldn't act quickly enough.

MILWAUKEE — The I-Team discovers that Milwaukee Public Schools may have missed out on good teachers because the HR department couldn't act quickly enough.

Superintendent Dr. Keith Posley invited the Council of the Great City Schools to Milwaukee to do a management review of the district's human resources department. It was the third requested review in ten years.

This report found the department reluctant to make changes even a decade later.

Their frustrations of a workplace, like "calls and emails from district personnel to HR staff were often unanswered," with major consequences for Milwaukee's Public School students.

In one concern listed by the Council, they found "HR was unresponsive" to candidates for teaching positions. And "Principals indicated that quality teacher candidates often accept teaching positions at other districts because they do not receive 'formal' MPS offers in a timely manner."

They found the district was "losing the best and the brightest applicants to other districts."

Investigators reported "...recruitment staff could not describe a practical reason why a teacher would want to come to MPS."

And when it comes to good teachers already working in the district, the report states, "no one at the school or district levels are held accountable for retaining the district's best talent."

Many of these issues first came to light in 2009, when the district requested a review. In those ten years, the district went from 213 schools to 161. Enrollment also went down by more than 10,000 students as did the number of teachers. The budget for human resources at the district? It went up to more than $5.6 million.

This report comes after the I-Team questioned the Superintendent about the district's hiring practices of top officials.

MPS' top decision-makers don't have to apply or interview for their jobs, which we found is much unlike similarly-sized districts around the country.