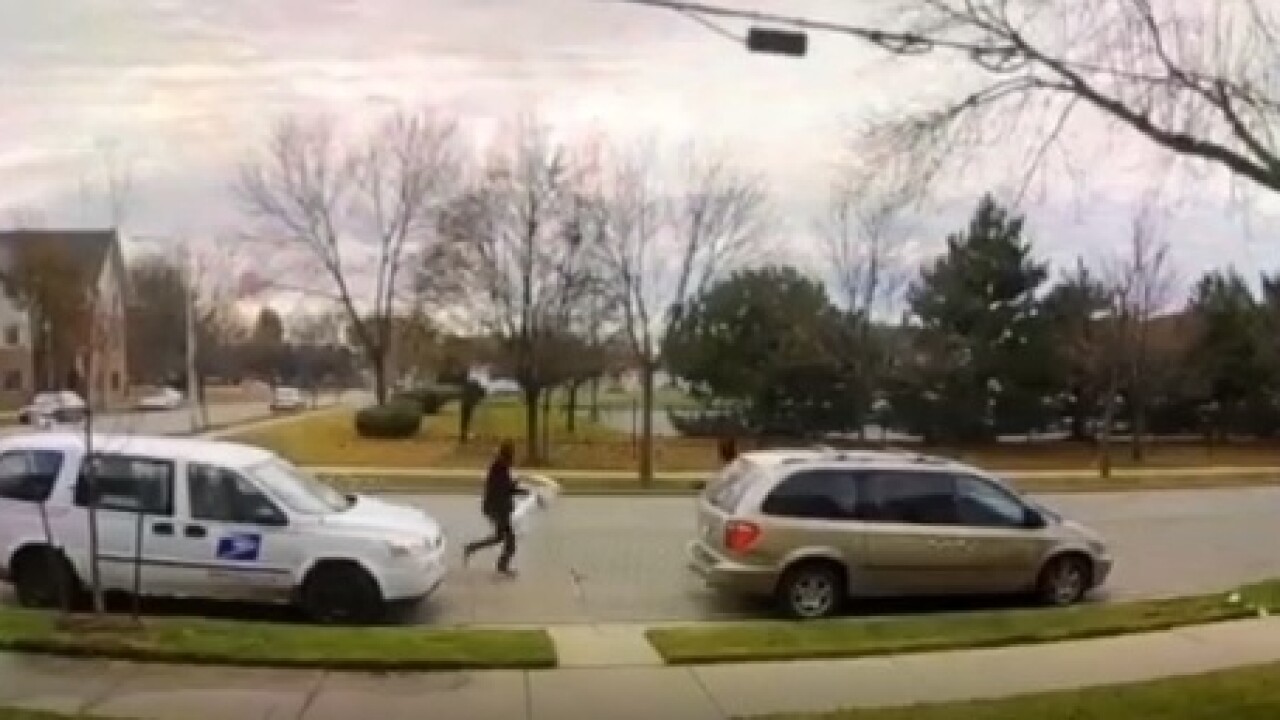 MILWAUKEE — Thieves were caught on home surveillance cameras breaking into mail trucks and stealing packages on Milwaukee's north side.

We normally hear about porch pirates targeting packages this time of year, but two suspects in a tan Dodge Caravan clearly didn't want to wait for packages arrive on the rightful owners' doorsteps.

Home surveillance video Thursday morning near 15th and Lloyd shows one suspect breaking into a locked U.S. Postal Service vehicle while the other stood by their van to load up the stolen goods before taking off.

"It's sort of scary that someone's stealing from the post office van, that means they're going to steal from anything," said Denise Jones.

Jones lives just a half block away from where the suspects helped themselves to other peoples' goods. Jones is thankful she wasn't a victim as she frequently orders packages online.

"I sort of track them and know when they're coming, but not everybody has that opportunity to be at home," she said.

Police said the suspects used the same method to target another U.S. Postal Service van in the same area.

Willie Green recently installed this ring doorbell surveillance camera after having a package stolen himself.

"I try to use the app to see when the package is arriving and then that window time usually in the summer sit on the porch when it does come," he said.

Green is frustrated to realize his extra precautions to stop porch pirates wouldn't have worked on these thieves.

Milwaukee Crime Stoppers is offering a $1,000 reward for information leading to the arrest of the suspects. They can be reached at (414) 224-TIPS.