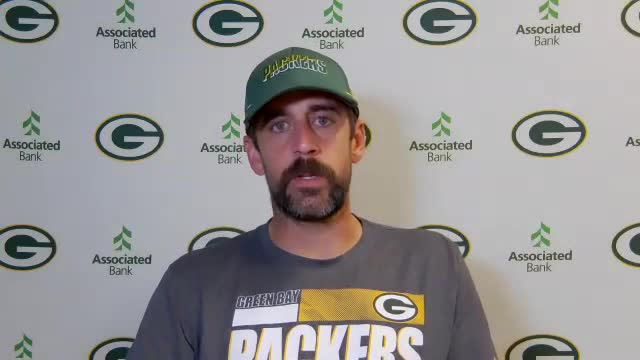 Aaron Rodgers has a message about police after the shooting of Jacob Blake in Kenosha on Sunday.

KENOSHA — Aaron Rodgers has a message about police accountability after the shooting of Jacob Blake in Kenosha last weekend.

During a zoom interview with reporters on Monday, Aaron Rodgers spoke about systemic racism and policing in the U.S.

In the interview, Rodgers said, "There's a systemic problem, and until the problem is fixed, this is gonna be an all too common sighting in this country."

While Rodgers didn't comment directly on the shooting of Jacob Blake, he did say the incident hit home.

"It obviously hits home, you know, being not far from Green Bay. I am not going to comment directly on the video until more facts come out but you know... As a non-police officer, I think a lot of us, the natural question is when is lethal force necessary, and again, I think that goes to a systematic problem that needs to be addressed at some point," said Rodgers.

He continued that the current government within Wisconsin needs to take a look at the systems in place, saying some may be prejudicial against African American communities.

"One action by a cop doesn't mean that every cop is unfit for duty, or racist, but it gives them a bad name and a bad look," said Rodgers. "I hope that there can be cops who can speak out as we're speaking out about these things."

After everything, though, Rodgers said it all leads back to the government. That's where change needs to be made.

"It starts with the system that's in place, and until the system is changed, there's not going to be a whole lot of change," said Rodgers.

After giving those statements, Rodgers spoke about how he processes incidents like George Floyd's death and the shooting of Jacob Blake.

"There's a lot of opinions and statements made out of emotion and when you react first out of emotion, you lack the ability to listen. I think in listening you find that empathy," said Rodgers. "It's only through empathy and understanding that you can truly, I think, have a better awareness about, kind of, what the actual issues are... that's what I've been trying to do for years."

Rodgers explained that he grew up playing sports and because of that, he never saw color. However, when he started listening and understanding, he realized that your reality may not be the same as other people's reality.

"The reality that you grow up in, is much different than the reality that many of my teammates have grown up in. I think that's the first step towards educating yourself about what some of these issues are, and the root of them. And I'll say it again, this is a systemic problem and the root of systemic is system," said Rodgers.