'The problem seems to be getting worse over time:' Waukesha analyzing recycling contamination 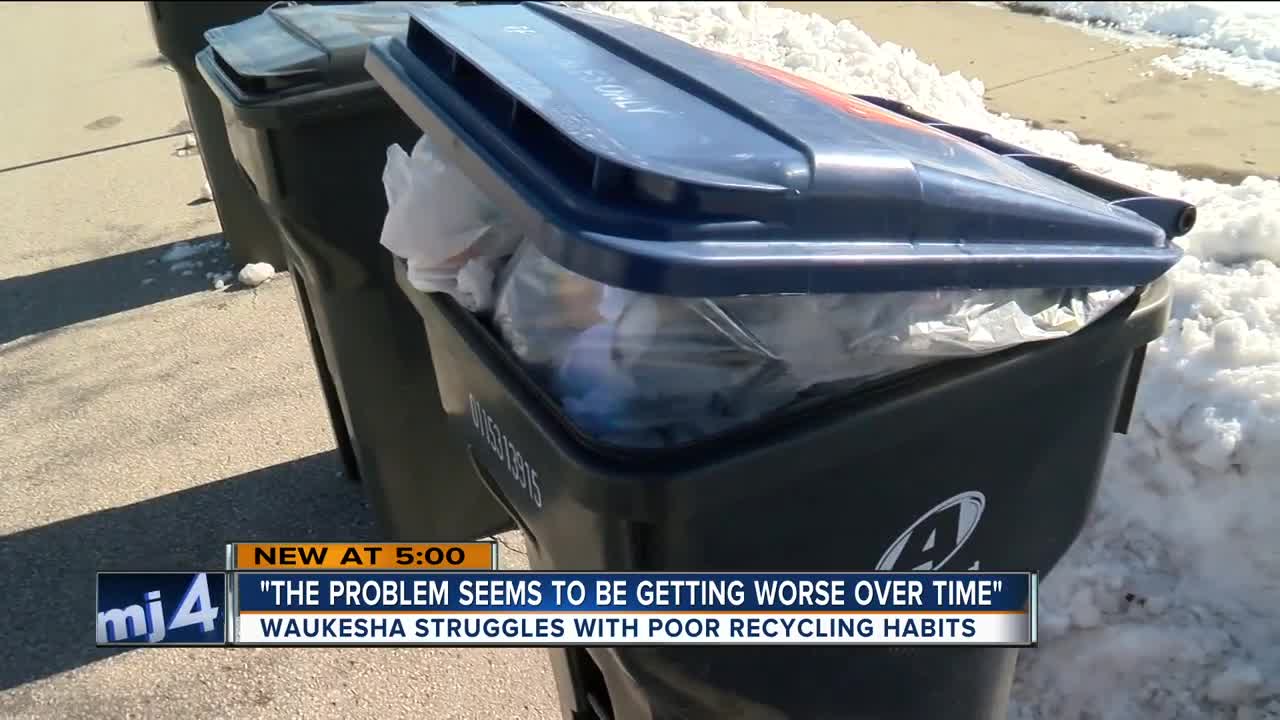 The City of Waukesha is analyzing poor recycling habits to reverse the fallout from contamination.

WAUKESHA — The City of Waukesha is analyzing poor recycling habits to reverse the fallout from contamination.

The growing issue causing trouble at processing facilities and losing the community money when before recycling generated revenue.

"The problem seems to be getting worse over time and it's getting more and more expensive over time," said Dustin Nolan, City of Waukesha's Recycling and Solid Waste Coordinator.

Nolan says 20 percent of what goes to the recycling facilities is trash, 10 percent or less is a more acceptable rate.

The worst contaminants in people's recycling bins are plastic bags; "tanglers" like ropes, hoses, or cords; and combustibles such as propane tanks or batteries.

"The trash and the recycling is expensive to sort through and dispose of at the recycling facility. Second, the value of recyclables is going down partly because there's so much trash within loads of recycling," said Nolan.

Last year, Waukesha lost out on more than $200,000, due in part to contaminants, according to Nolan.

"We're trying to understand it first and analyze it, and then we are putting efforts into education," Nolan.

With their eyes on turning this trend around the city will be auditing recycling loads to see the most common items mistakenly placed in recycling bins and where it is coming from. Nolan says they are putting efforts toward education by using social media, sending residents flyers, and hosting presentations and community conversations.