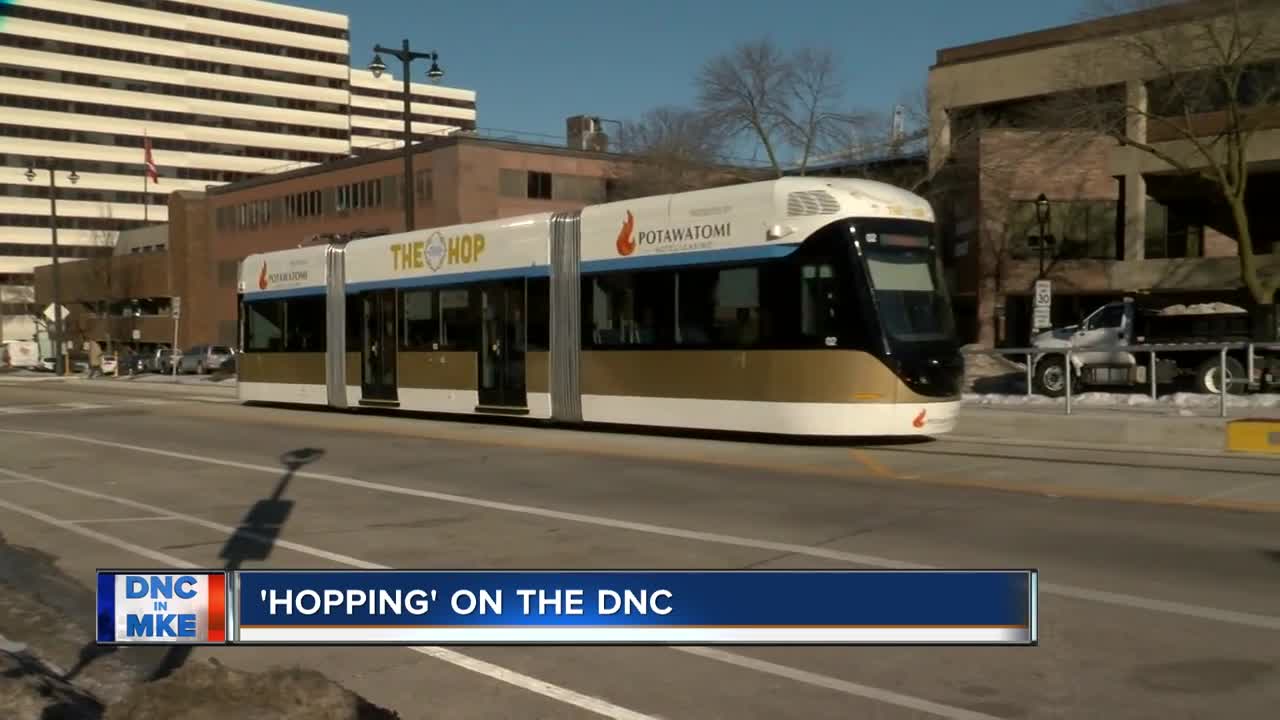 Milwaukee's streetcar, The Hop, hopes to ease stress and congestion during the 2020 DNC. It will remain free through the duration of the DNC. 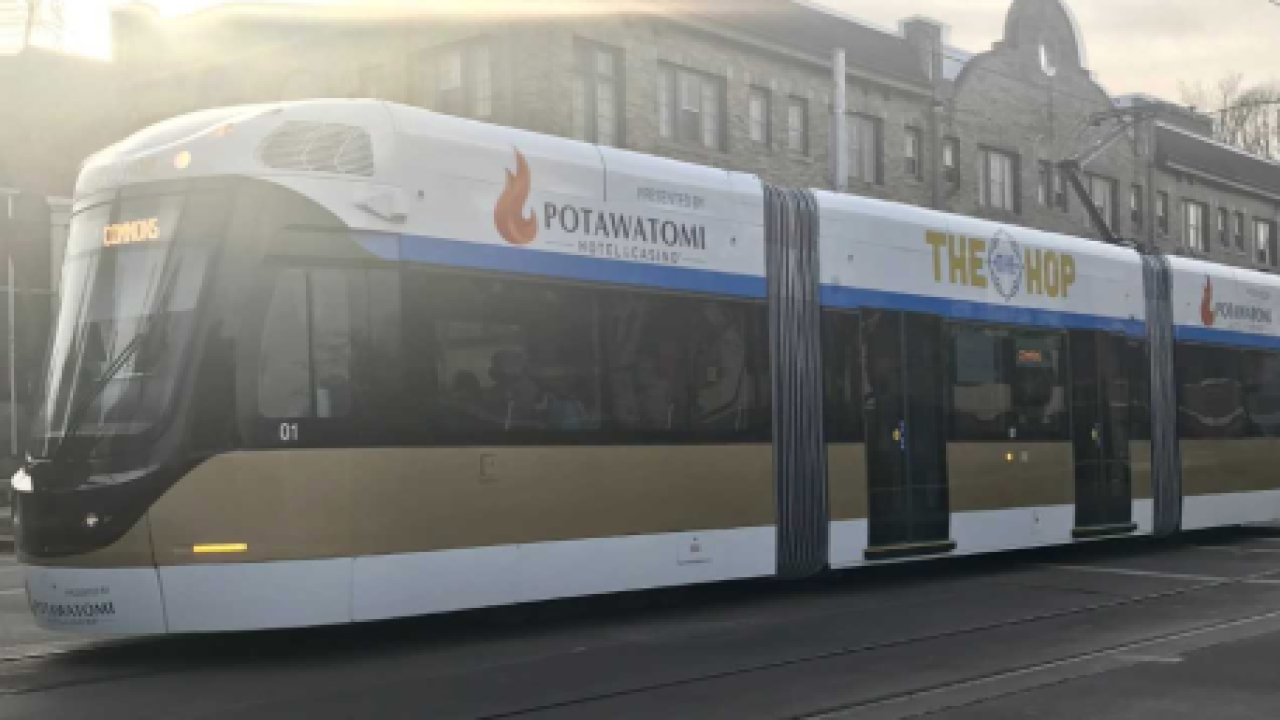 MILWAUKEE — The excitement of Milwaukee winning the bid for the Democratic National Convention is starting to settle, but now the hard work begins. The City of Milwaukee will have to focus on security issues and a number of other things to fix before July 2020.

However, the streetcar may play a large role in moving around the roughly 50,000 people expected to come to the city. Mayor Tom Barrett mentioned in his State of the City Address that progress will continue through this year.

"By this time next year, we expect considerable progress on two critical extensions," Barrett said.

The Lakeshore Loop is expected to be finished, and work will continue on a Bronzeville connection. However, the funding is not in place for this route.

Another big issue is with security. The route to Bronzeville would take the streetcar right by Fiserv Forum, which would be perfect for the DNC. However, the route cannot get too close.

"We want to get the streetcar extended up closer to Fiserv Forum," Barrett said. "Not exactly in front of it. Because of security reasons you can't have it come there."

The Hop has about half of the funding in place, but that would only get the track to about the convention center. There hasn't been a determination whether this would make sense for the city.

Regardless of the route progress, the Hop will play an important role in moving around the people visiting for the DNC. The number expected to show up would increase Milwaukee's population by about 8 percent. It's part of the reason why the DNC contract included free rides on the Hop; something it's current riders can attest to.

"It's been convenient," Allen Simmerman of Milwaukee said. "Especially being free."

"We want to get the streetcar extended up closer to Fiserv Forum. Not exactly in front of it. Because of security reasons you can't have it come there." — Milwaukee Mayor Tom Barrett

Simmerman said he rides the Hop casually but has loved it so far. He's excited for a big event to come to Milwaukee and thinks the Hop will help make it easier for those from out of town in more ways than one.

"The ride-sharing platforms like Uber and Lyft, depending on events going on, that could be stormed as far as surge charging," Simmerman said.

"I think it's going to reduce a lot of congestion in terms of cars and whatnot,"said John Gielow, a regular Hop rider. "I think that's very helpful."

Because the streetcar goes right through the heart of the city, new riders will only help businesses along the route reap the benefits of an estimated $200 million economic boost from the convention.

Officials with the street car said, "The vast majority of downtown hotel rooms are located within walking distance of the route and the streetcar will be an important means for visitors to the city to access many of our cultural and recreational attractions."