The best and most difficult job in Wisconsin, judging cheese curds 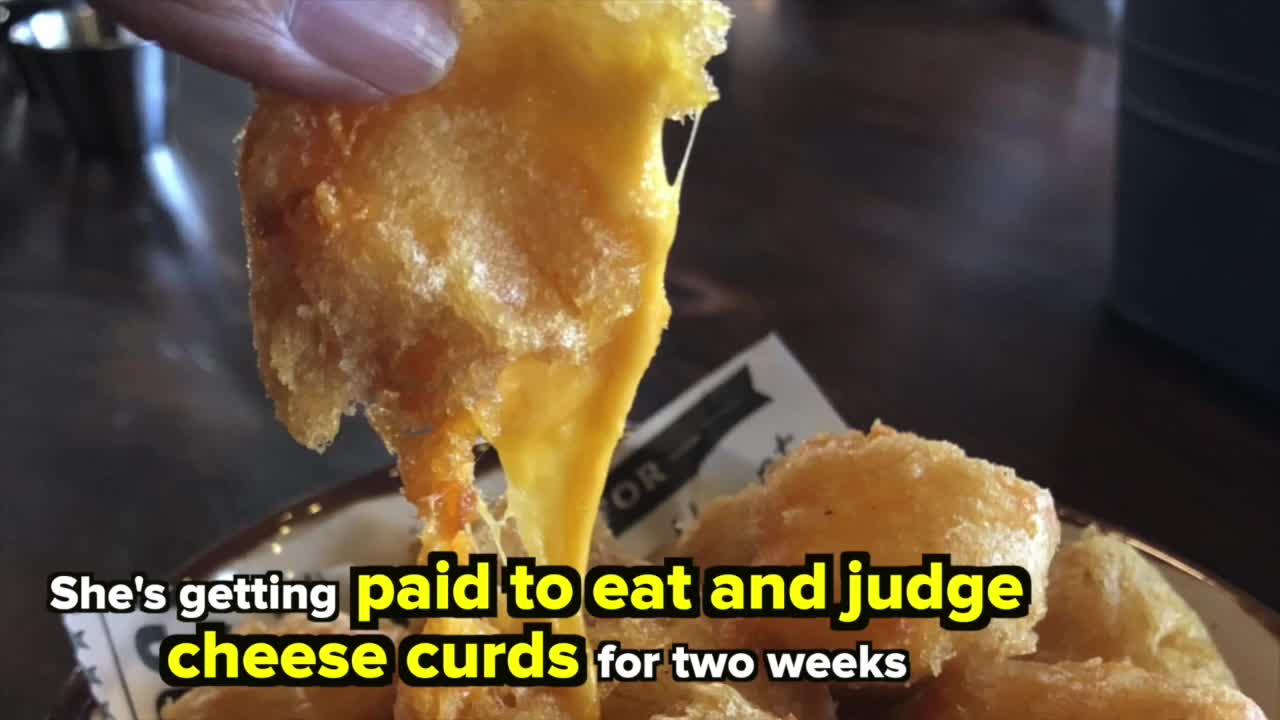 A cheese curd judge just might be the best and hardest job in Wisconsin.

MADISON, Wis — "With this comes great responsibility, I guess, with ranking these curds.”

Christ Attaway has one of the best and possibly toughest jobs in Wisconsin. She has been on the road for two weeks in search of the best curds in the Dairy State.

"It’s been a lot of curds. Lots and lots of curds.”

She was chosen by the Madison-based online food delivery service company, EatStreet, to go on a two week road trip throughout the state trying the best curds from Milwaukee to Eau Claire to Green Bay. Her job title has been dubbed the "Curd Nerd."

"The hardest part is just judging all the cheese curds because every spot that we have gone each has said these are the best curds in Wisconsin. Everybody has a lot of pride in their cheese curds, and I totally get it. That has been the absolutely hardest part of this journey, to really have an unbiased opinion on these curds.”

She wasn’t allowed to tell TODAY’S TMJ4 her favorite or the best curds she has had so far. That list will be released on Monday by EatStreet.

However, she did tell us about some of the more interesting curd eating experiences like eating square curds.

"Appleton for example, every curd dish that they send out they serve with marinara sauce.”

The restaurants that Attaway went to were all ones listed on the EatStreet website. Since it was only a two week trip, she was only able to get to so many restaurants. Which is also why you might not see some of your favorite restaurants on the list.

“It's subjective right though, and there’s only so many spots we can visit in two weeks. The state of Wisconsin is massive, so we cant really see everything in two weeks.”

Given all those extra carbs, Attaway wanted to conduct a personal experiment during this trip too.

"I did weigh myself before this. After the tour, I'll weigh myself afterwards, and I can report back how many pounds along the way, but I can't tell you many much curds we’ve eaten. It's just so much.”

While it is definitely an awesome job, Attaway is taking one for the team too and letting us know the actual consequences if we decided to pursue are dreams and eat nothing but curds for the rest of our lives.