Tensions rise when MPD ends overnight protest outside of District 5 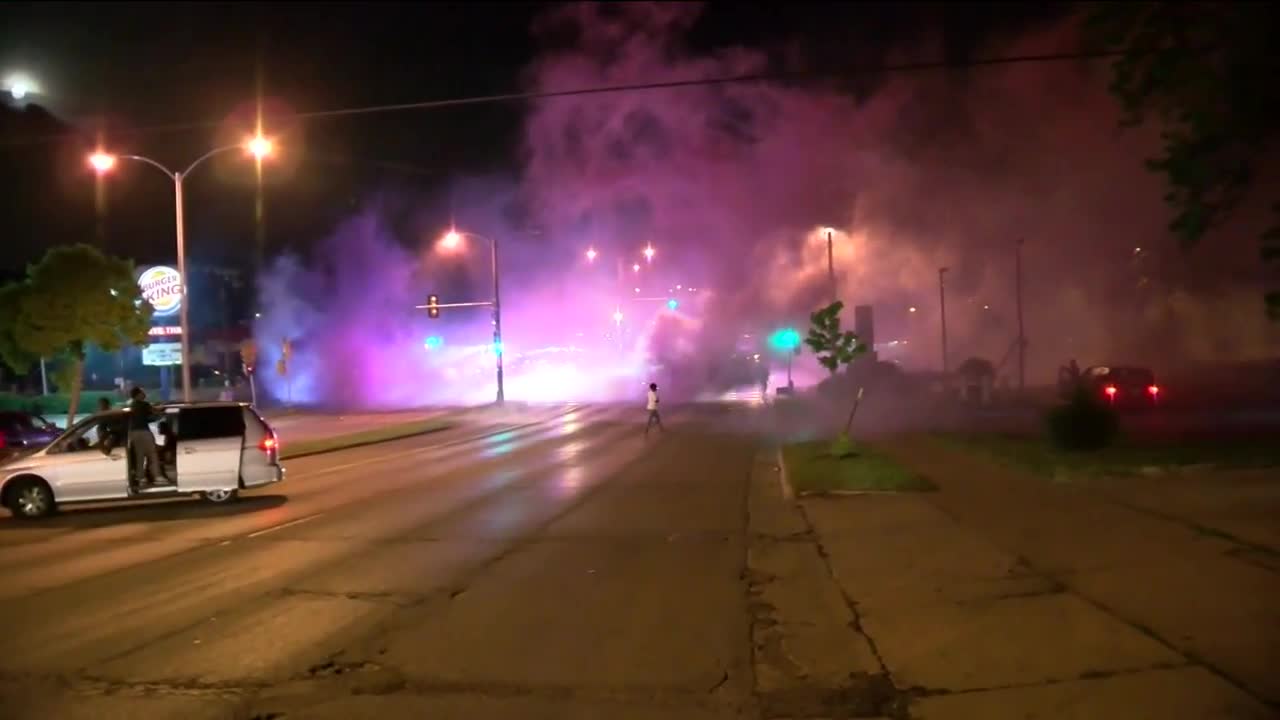 Protests outside MPD district 5 are met with riot gear and smoke/gas. 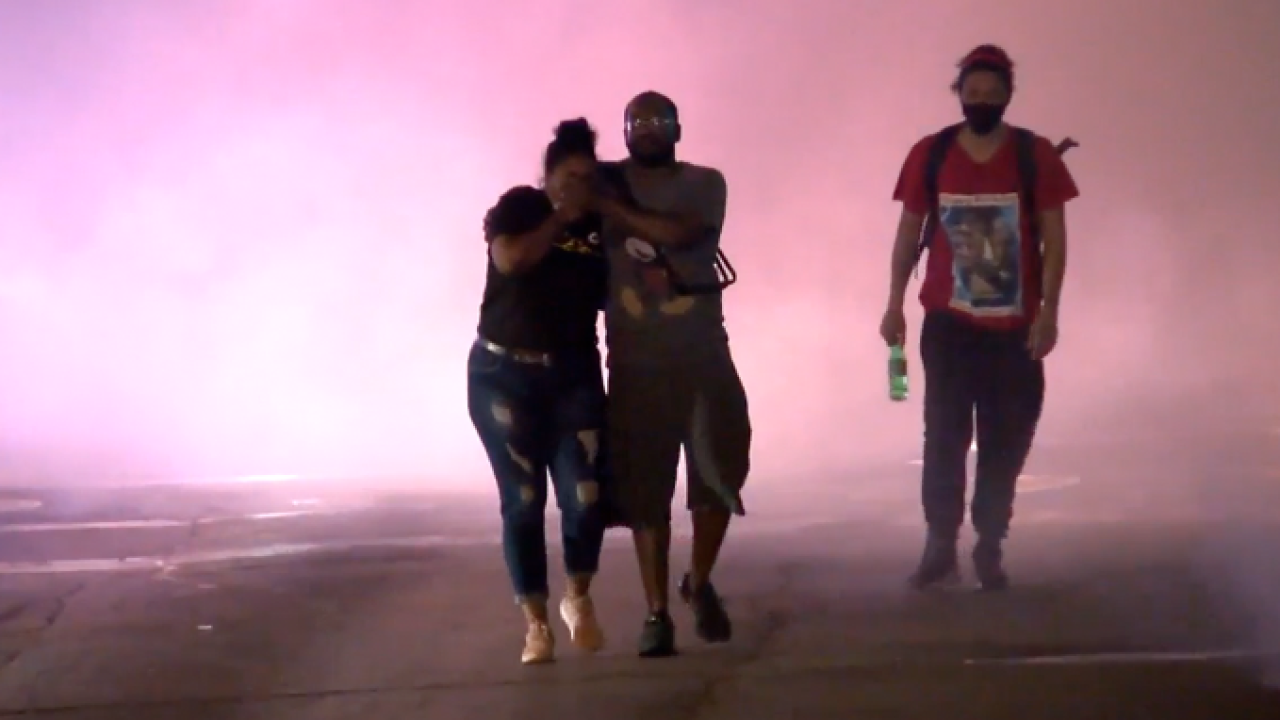 MILWAUKEE — Milwaukee police say two officers and a Milwaukee man were hurt when they were hit by a car during a protest outside of the District 5 Police Department early Thursday morning.

One witness says hundreds of peaceful protesters were outside of the police department for hours before police moved to end the protest that police were calling "unlawful."

"The crowd was totally peaceful, nobody was throwing anything, nobody was taunting the officers, people were talking, it was calm," said Brian Rothgery, a witness who was live on Facebook when the protest took a turn for the worst.

Rothgery shared video with TMJ4 News that shows officers in armored vehicles ordering people standing in the street with their hands up to disperse. A short time later, officers dressed in riot gear moved in.

"That spooked everybody," said Rothgery. "The police escalated the situation by rushing the crowd. People were just standing there and the BearCats were saying ‘you need to move or we are going to use impact rounds,'" he said.

Police say a car in the area hit two officers as well as a Milwaukee man just after 3 a.m. Thursday. The officers were knocked down and the man was dragged under the car for several feet, officers say. He was hospitalized and is now in stable condition.

Both officers sustained non-life threatening injuries. The driver of the car drove off and was later arrested in the City of Butler.

"That guy got hurt really bad," said Rothgery, who could be heard yelling for a medic on his live stream.

A short time later, police deployed some sort of smoke or gas into the air and set up a large perimeter to push protesters out of the area.

The National Guard, Milwaukee police, Milwaukee County Sheriff's Office and several other assisting agencies were on the scene until about 5 a.m. on Thursday.

When the sun came up, forensic investigators continued to work the scene in the area in front of the District 5 department near the intersection of Locust Street and Vel R. Phillips Avenue.

"The police escalated it, like they’ve been doing constantly," said Rothgery.

Police remained on the roof of the District 5 headquarters on Thursday holding large guns and monitoring the area.

Protesters gathered near the police department for several hours before being asked to leave and before the officers deployed the smoke or gas in the area.