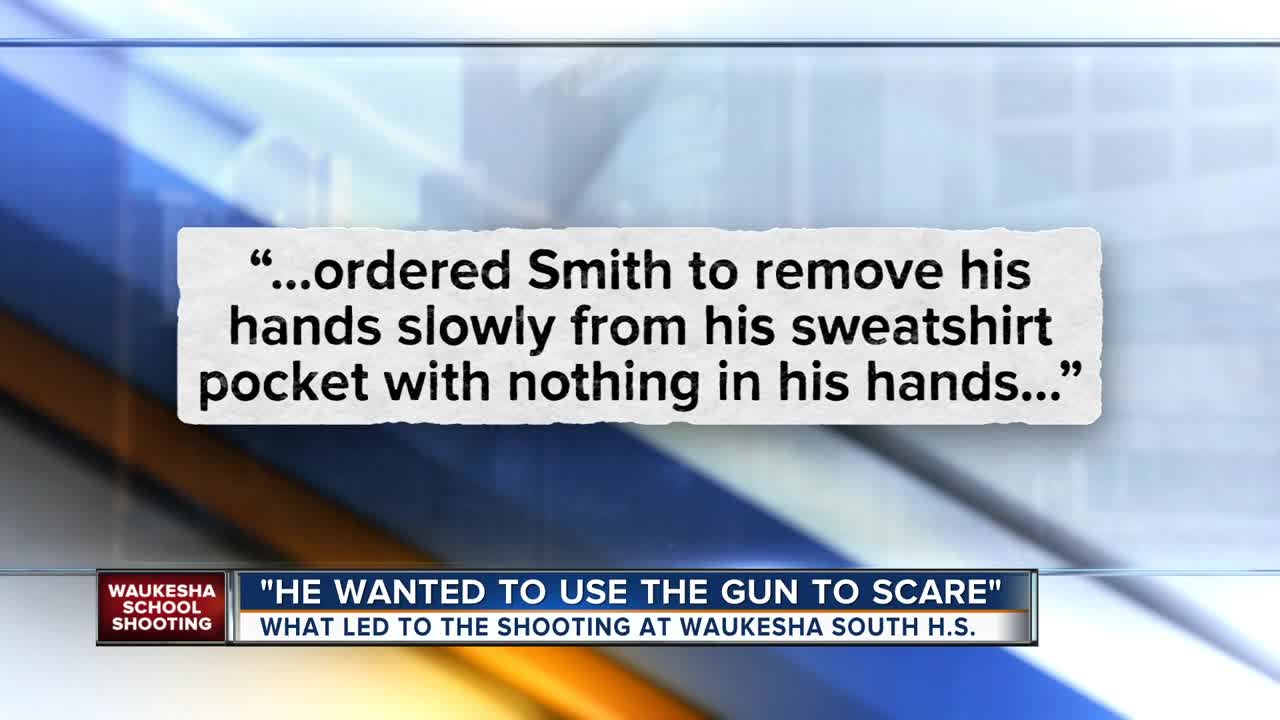 A teen now faces multiple charges after being involved in an officer-involved shooting at Waukesha South High School. 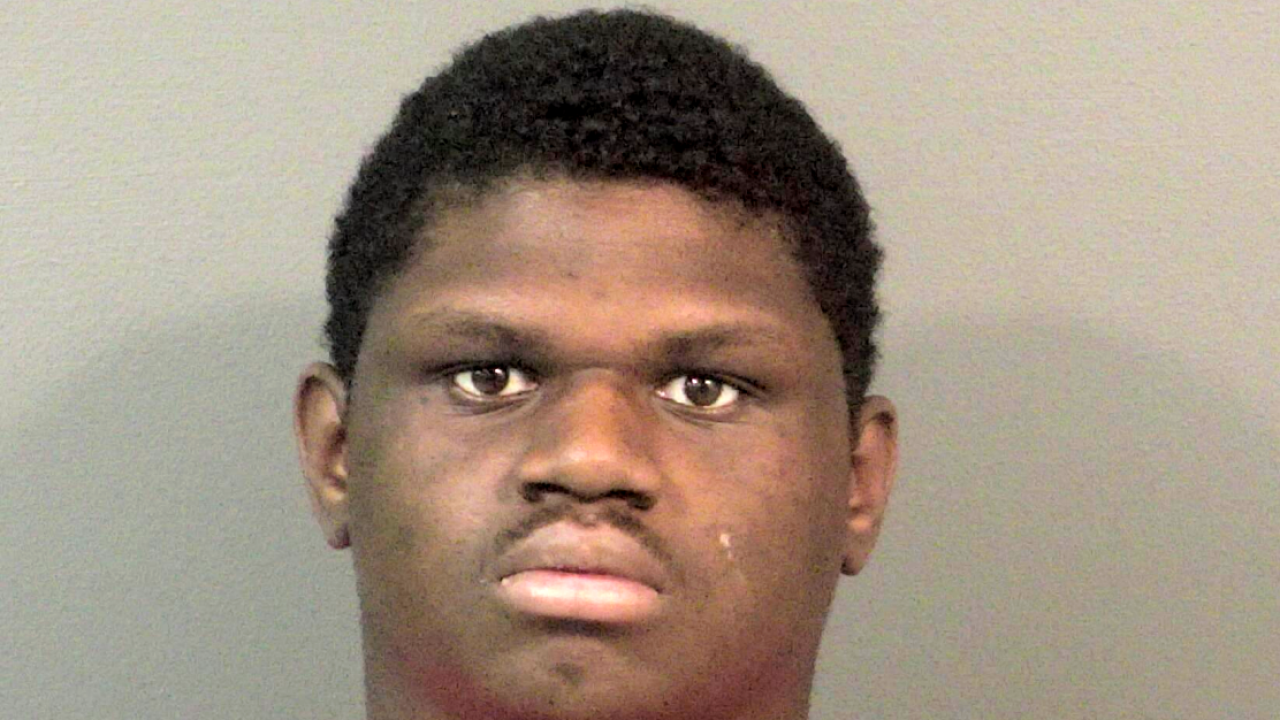 WAUKESHA — A teen now faces multiple charges after being involved in an officer-involved shooting at Waukesha South High School.

Tyrone Smith, now 18 years old, made his initial appearance in Waukesha County court Monday, and is facing the following charges:

Waukesha Police say Smith, then 17, was shot Monday morning at Waukesha South High School after bringing two pellet guns to school. Capt. Dan Baumann says while talking to the student in the ambulance, investigators learned he brought the pellet guns to school because he was upset with another student.

According to a criminal complaint, Smith got into a fight with another student over a comment about his upcoming birthday. That's when Smith decided to go get his backpack and point the weapon at the student's head.

The teen said he was "tired of being picked on," according to a criminal complaint. Prosecutors allege Smith is angry that his brother was killed

Authorities cleared the classroom so they could speak with the student. They say that's when he pulled the pellet gun out and pointed it at them.

Sgt. Brady Esser, an eleven-year veteran of the department, shot the student three times; once in the leg and twice in the arm.

Baumann says it was a decision made because of how difficult it is to tell the difference between a pellet gun and the real thing.

The Waukesha County commissioner ordered a $15,000 signature bond that his mother must co-sign. Smith is also ordered to have no contact with anyone at Waukesha South High School. He will have GPS monitoring and will not be allowed to leave unless it's for medical or therapeutic purposes.

Smith is set to be back in court for a preliminary hearing on December 17.