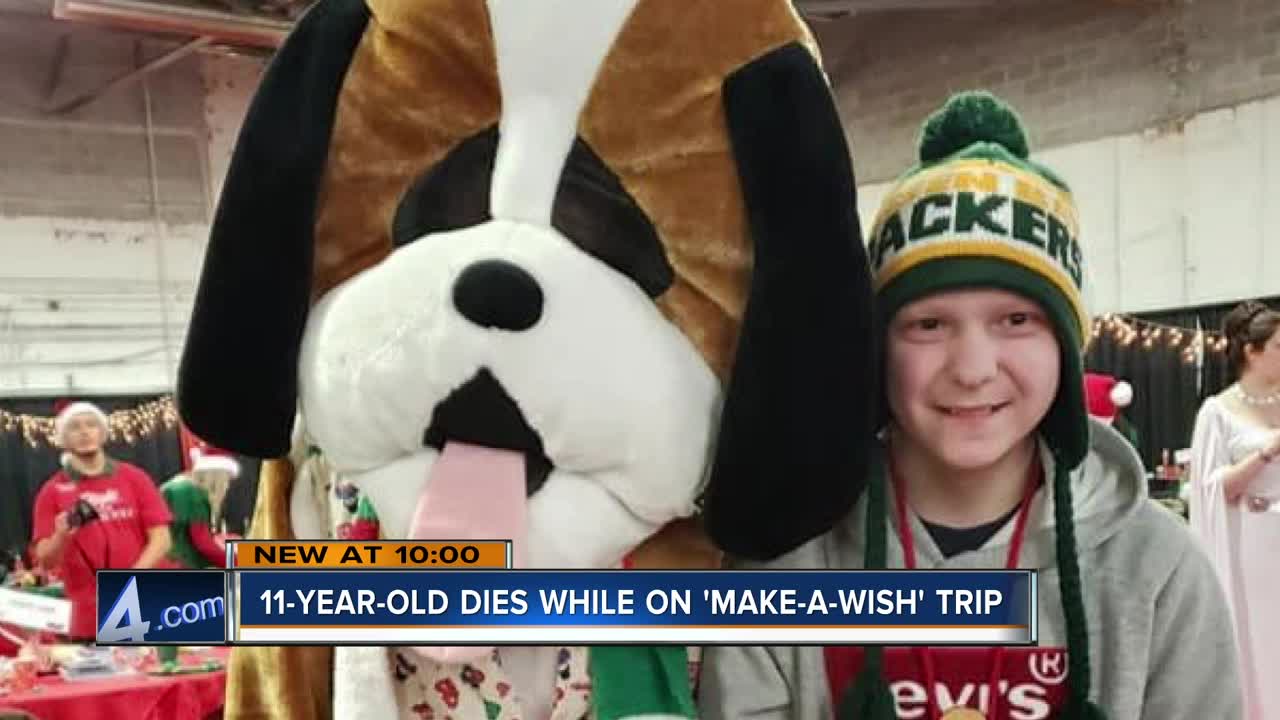 An 11-year-olds last wish was to shop at the LEGO store at Mall of America. His family had no idea he wouldn't be coming home.

SUSSEX — A Sussex family is grieving the loss of their second child in just one year. Sadly, 11-year-old Mikey Choroszy died while on a 'Make a Wish' trip to Mall of America on New Year's Day.

It was Mikey's final wish to shop at The LEGO Store at Mall of America and to top it off, Mikey's brother Jake flew in from South Dakota to be with him one last time.

"Monday we did a lot of shopping and he was doing really good," said Mikey's mother Tammy Wildish. "Mikey took a decline very quickly."

Mikey had brain cancer and his family knew his time was running out, but they had no idea their 11-year-old boy wouldn't make it home with them. Tammy was there as her son took his last breath in a Minneapolis hospital.

"The biggest thing was watching him die, that was the worst," she said. "Going from walking to not walking at all to the point where we had to pick him up and move him."

Tammy said Mikey's battle with childhood cancer started about 15 months ago when he was diagnosed with a tumor on his brain stem. Remission last year led to a relapse just months later.

"He was a fighter, he never gave up," Tammy said. "He told me that he was fighting for his brother Robby. He was doing this for his brother. He would not give up."

Tragically, exactly one year ago, Mikey unexpectedly lost his 19-year-old brother Robby to health issues. The unfathomable pain of losing two sons in just one year has only been made worse by the financial burden on this family.

"Now, Mikey is still in Minneapolis, Minnesota and we're trying to get him back as soon as we can. It's going to be a cost."

Thousands of dollars his mother can't afford. A family friend set up a GoFundMe page to help bring him home and to say their final goodbyes.

"He never ever had a scare in life, he never worried about anything."

Visitation for Mikey is scheduled for Wednesday, Jan. 8 at Schmidt & Bartelt Funeral Home in Menomonee Falls at 3:30 p.m. Mikey will be laid to rest on Jan. 10 at Glenview Memorial Gardens.