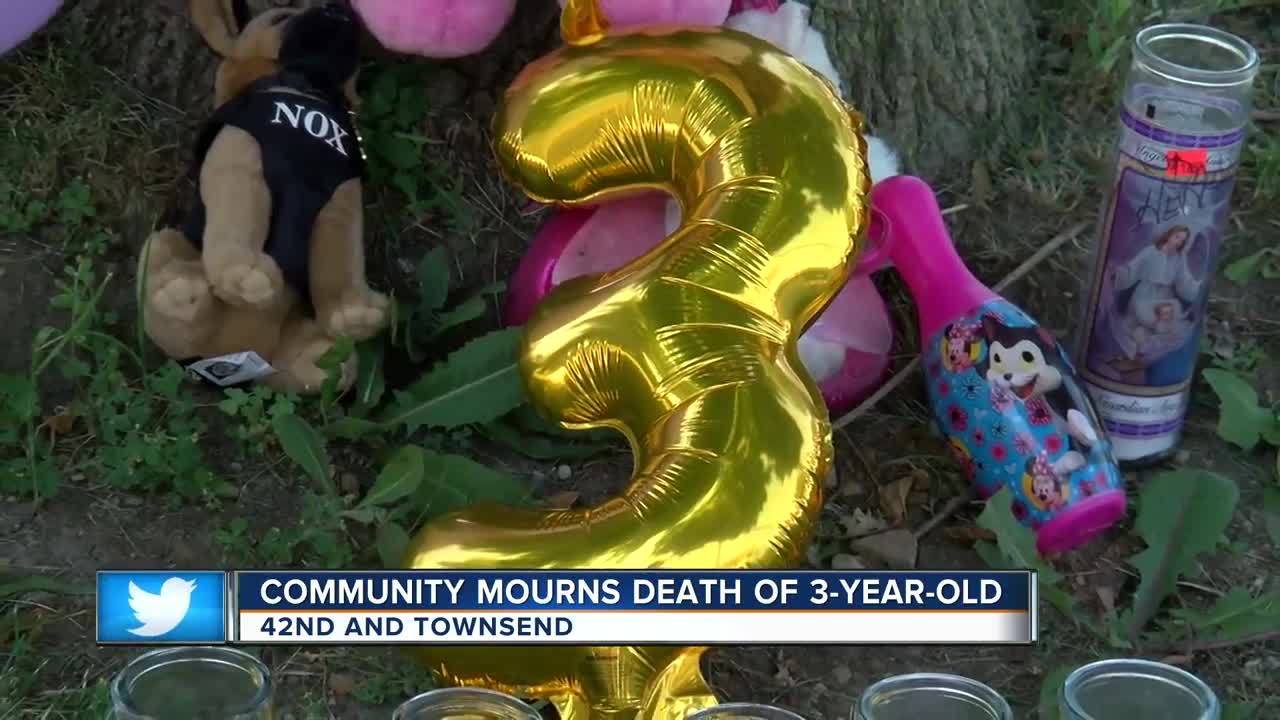 Strangers across Milwaukee joined Brooklyn Harris' family in their grief.

Strangers across Milwaukee joined Brooklyn Harris' family in their grief.

A day after a candlelight vigil, toys, flowers and candles remained near 42nd and Townsend. Family identified Harris as the 3-year-old girl who was killed in a road rage shooting Saturday morning.

"From the pictures she looks like she was full of life, full of joy," said Jamie Lester, who lives nearby and visited the memorial.

She does not know Harris or her family, but can only imagine their pain.

"I have kids myself. It always just hits home," she said. "It's unfortunate her family won't be able to see her grow and prosper like she should have."

Milwaukee Police took a suspect into custody, but said any updates would come after the district attorney reviews the case later this week.

An unidentified man broke down at Harris' vigil saying he saw the aftermath that followed the shooting.

"They knew that baby was gone before they left, and it's just terrible man. I'm broke," he said.

"This really could've been prevented. The fact that you can't take your anger back you know? You can't take that moment back," said Lester.