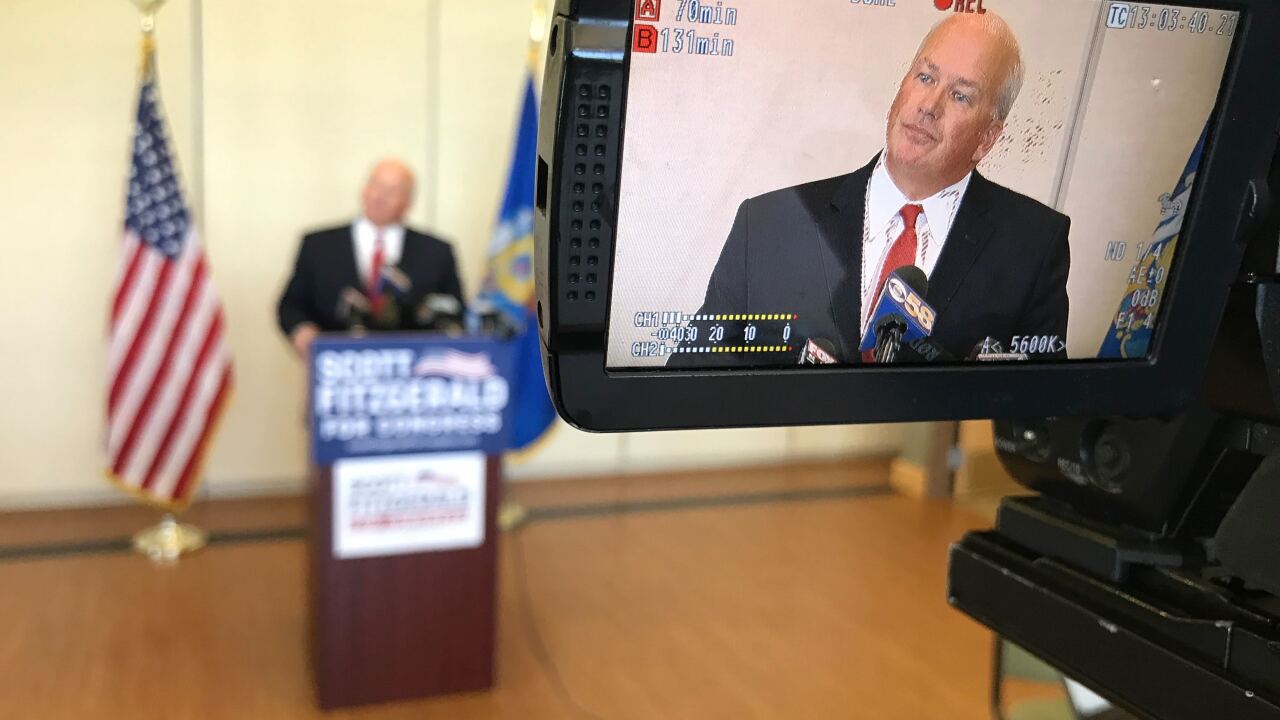 Fitzgerald (R-Juneau) announced Tuesday morning that he plans to run for the Congressman Jim Sensenbrenner's seat.

Today, I’m excited to announce my candidacy for Congress to be an experienced, conservative voice for Wisconsin’s Fifth and help bring our Wisconsin-style common sense to Washington. https://t.co/QEAVIIL4cq

“As Senate Majority Leader, I fought for conservative principles like Act 10, Right to Work, and tax reform. As the author of Wisconsin’s partial-birth abortion ban, I’ve been on the front lines of legislative battles to protect the unborn. I haven’t just talked about conservative principles, I’ve lived them, and I’ve helped to make them a reality here in Wisconsin," Fitzgerald said in a news release.

Fitzgerald was first elected to the Wisconsin Senate back in 1994 and has been the Senate Majority leader since 2013.

Earlier this month, Sensenbrenner announced he will not run for re-election in 2020. The longtime Republican has been a member of the U.S. House of Representatives since 1979.