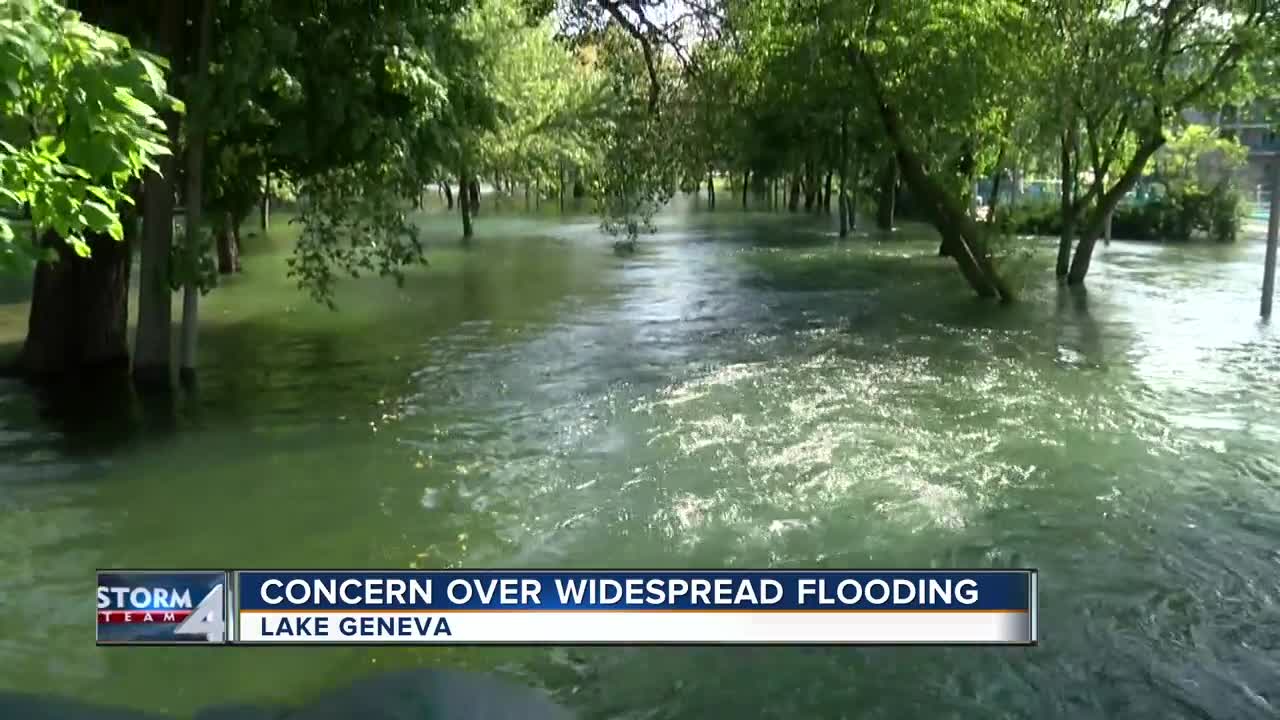 KENOSHA AND WALWORTH COUNTY — From high waters in Kenosha County to flooded parks and roadways in Lake Geneva, the aftermath of a stormy Thursday night with heavy rains and thunderstorms has a lot of people in awe.

Bennett and her husband, Dave, have lived in Lake Geneva for years. Dave said he’s seen the Samuel Donian Wetland Nature Preserve flood like this at least once before but never to this extent.

“(This is) expected when it rains that hard for it to flood, but to flood this extreme is not really expected,” Dave said.

During the last two days, the town of Salem in Kenosha County has gotten dumped with about 6 inches of rain, leaving pools of water in yards and cars crashing through standing water on the roads. Lake Geneva has gotten about 7.5 inches of rain.

“Normally there’s like a hill and there’s a park and there are people fishing at the river, and that’s where I park to go eat, but that’s underwater and so is the park,” Erika Fountain said.

Fountain works at Lake Geneva Wellness Clinic, right across the street from the flooded nature preserve. She said she saw high water covering picnic tables from her office window and had to come outside for a closer look.