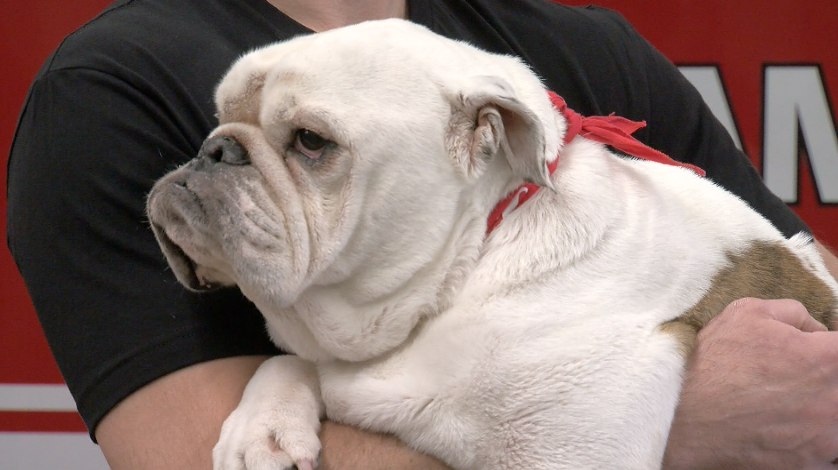 The Bulldog that was pulled out of the water after falling in wants to give back to the heroes that saved his life.

SOUTH MILWAUKEE — Tuff the English Bulldog embodies the spirit of his name.

It wasn't until 10 minutes later that South Milwaukee firefighters were able to pull him out to safety.

Tuff was okay, and the firefighters went about the rest of their day. The story could have ended there, but it didn't.

Now, the English Bulldog is giving back to the men who saved his life.

Tuff was rescued by the @SoMilwFireDept back on January 30. That could have been the end of the story... but it’s not... pic.twitter.com/8moTXUU38h

The item for sale is a t-shirt with Tuff's face on it that reads "Built Tough."

"The proceeds are going to go for purchase of equipment for the South Milwaukee Fire Department water rescue training program and towards charity,” Knitter said.

The charity is K9 Warriors. It pairs veterans with service dogs.

It was a day for the firefighters who saved him and Tuff to reunite. However, there was also a special surprise for Tuff and his owner.

It was a special commemoration of Tuff's toughness and the bravery of the firefighters.

If you want to help contribute to the fundraising campaign and would like a "Built Tuff" shirt, click here.