Somers home teetering on Lake Michigan cliff to be torn down 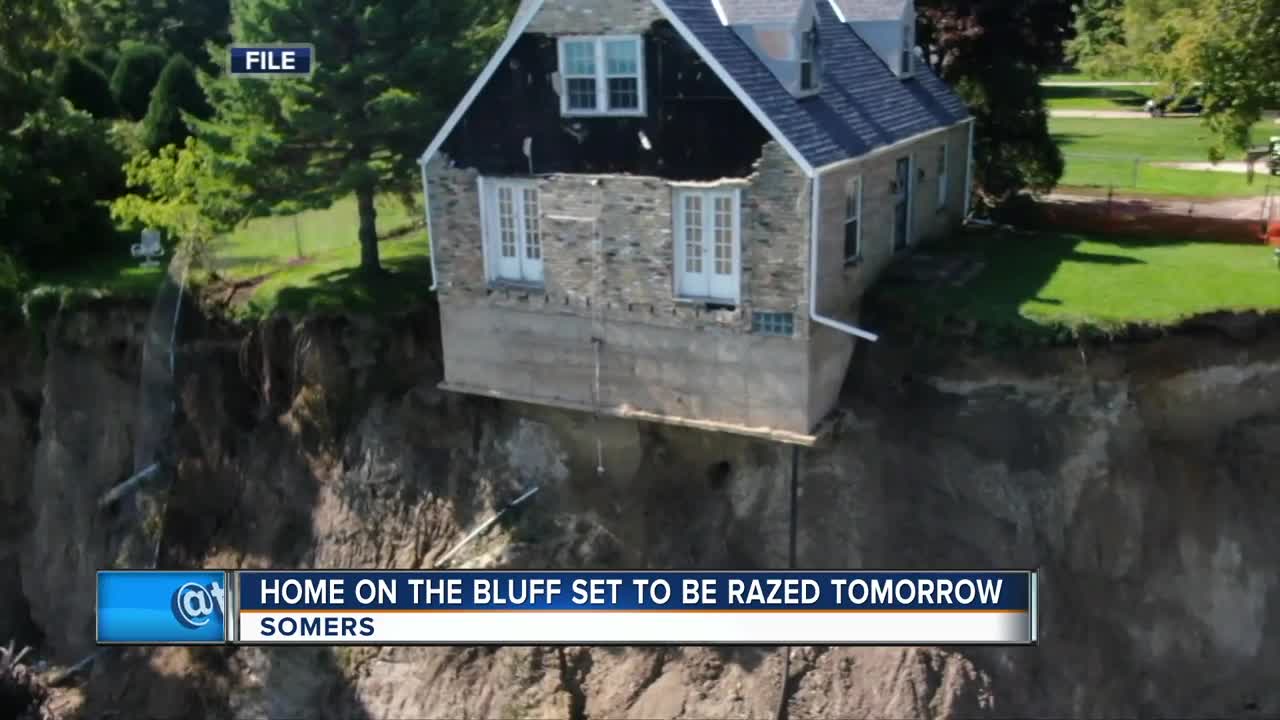 A home hanging over Lake Michigan in the Village of Somers is scheduled to come down on Friday with the help of a demolition crew. 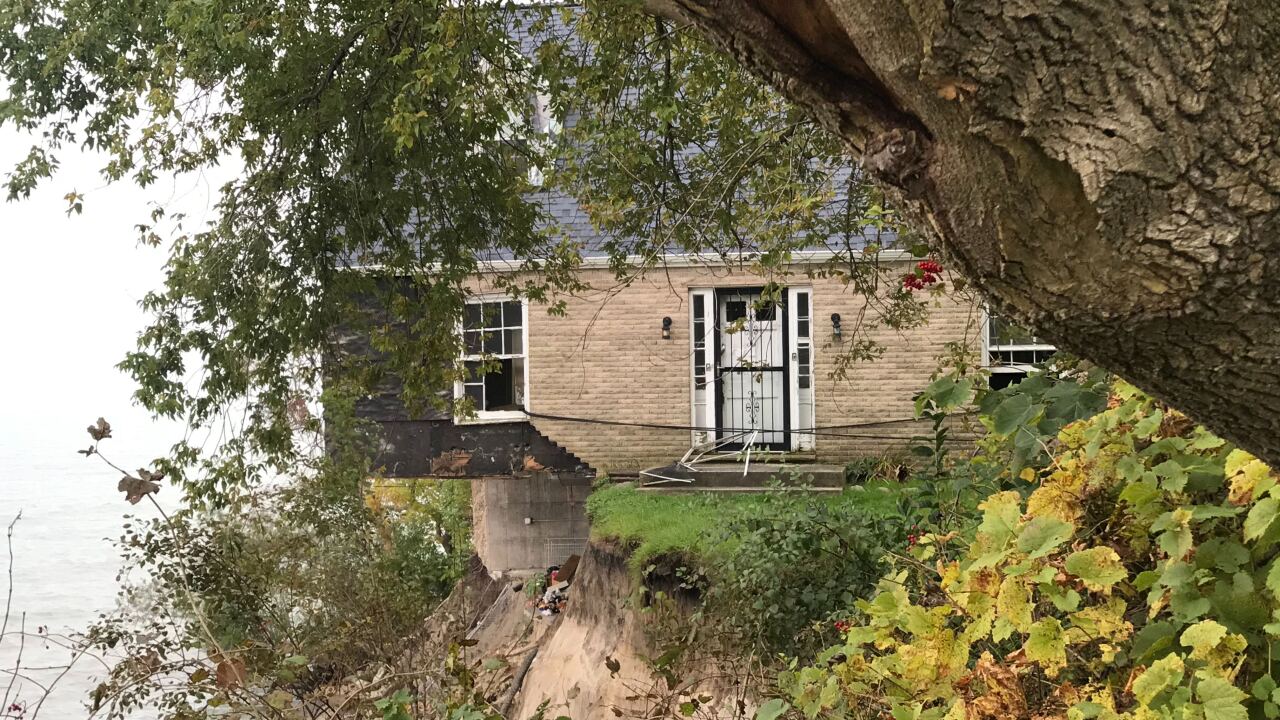 SOMERS — A home hanging over Lake Michigan in the Village of Somers is scheduled to come down on Friday with the help of a demolition crew.

Just last week, more of the home's foundation and basement fell to the shore due to erosion, resulting in the village pressuring the contractor to tear it down immediately.

Several feet of the 3-bedroom home dangles over the edge of a Lake Michigan bluff. It's a sad sight for neighbor Janae Plunket who remembers when the property had a backyard with a large tree just four years ago.

"I think we're happy that it's not going to fall in, but it is still sad and I just wish it would have been done sooner," Plunket said.

About a year and a half ago, the former owners abruptly moved out after their side porch fell into the lake. Now, the shoreline is littered with trees, pipes, foundation and even storage that was left in the now exposed basement.

"The people that owned the house decided that they were going to let it go into foreclosure because of the cost to do the revetment and shoreline protection was extremely expensive," explained Somers Assistant Administrator Jason Peters.

Peters says the village issued a raze order this spring, but it wasn't until just a couple weeks ago when the bank that owns the property hired a contractor to remove it.

"So we were on the phone with Fannie Mae saying, 'listen, this is starting to, these guys really need to get here,'" Peters said.

In the meantime, crews reinforced the home with cable wires and put buoys in Lake Michigan to keep debris from floating into the lake.

Peters said contractors will be out there Friday to stage the property and if weather permits, it will be torn down over the next couple days.