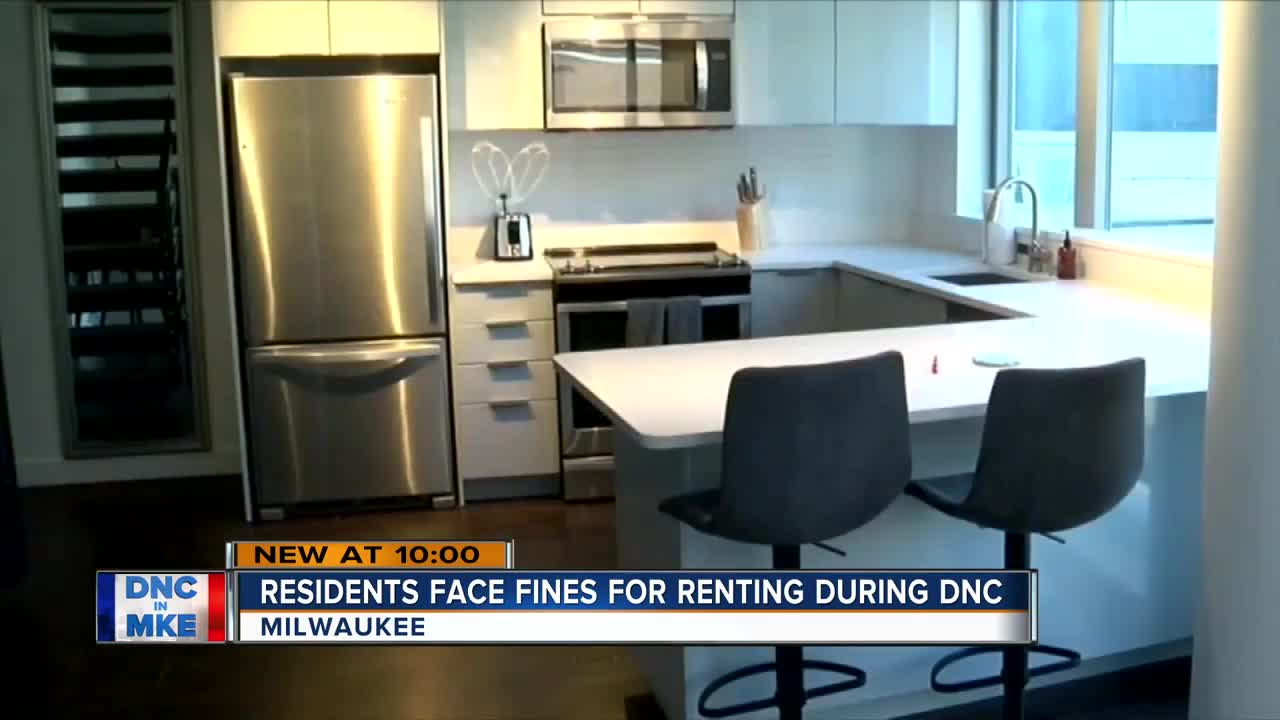 While a lot of residents would like to rent their homes out for the Democratic National Convention (DNC), for some that live in condos it could be a tricky process.

MILWAUKEE-- While a lot of residents would like to rent their homes out for the Democratic National Convention (DNC), for some that live in condos it could be a tricky process.

Several building associations have said no to the practice of short term leases, or they are enforcing rules already on the books. Mark Schultz, a senior property manger for Prospect Management Company says it's been a topic of discussion for months.

"There's a lot of owners that are coming to the board meetings and have been coming for the last 6 months or so basically petitioning the board to allow short term rentals or Airbnb rentals during the DNC" says Schultz.

Shultz says of the 90 buildings that his company manages in or near downtown Milwaukee, 95% of them have said no to rentals during the DNC. They are not alone. Sara Smith lives in Hansen's Landing in Milwaukee's Third Ward. She says her building has implemented strict fines for those who break the rules.

"We have heard that we will be fined a minimum of $2000 a night if we would decide to do this, and we have no intentions of doing that" says Smith.

Typically fines are nominal, but with some condo owners advertising their places for $2,000 to $10,000 a night, those fines wouldn't be a deterrent.

"A lot of the documents allow for a reasonable fining process so if they are making a lot more money, you want to fine something that actually hits home and make it so they are less likely to have that rental" says Schultz.

There are more than 500 listings on Airbnb for the days surrounding the DNC. The Democratic National Convention will run from July 13th through 16th, 2020.