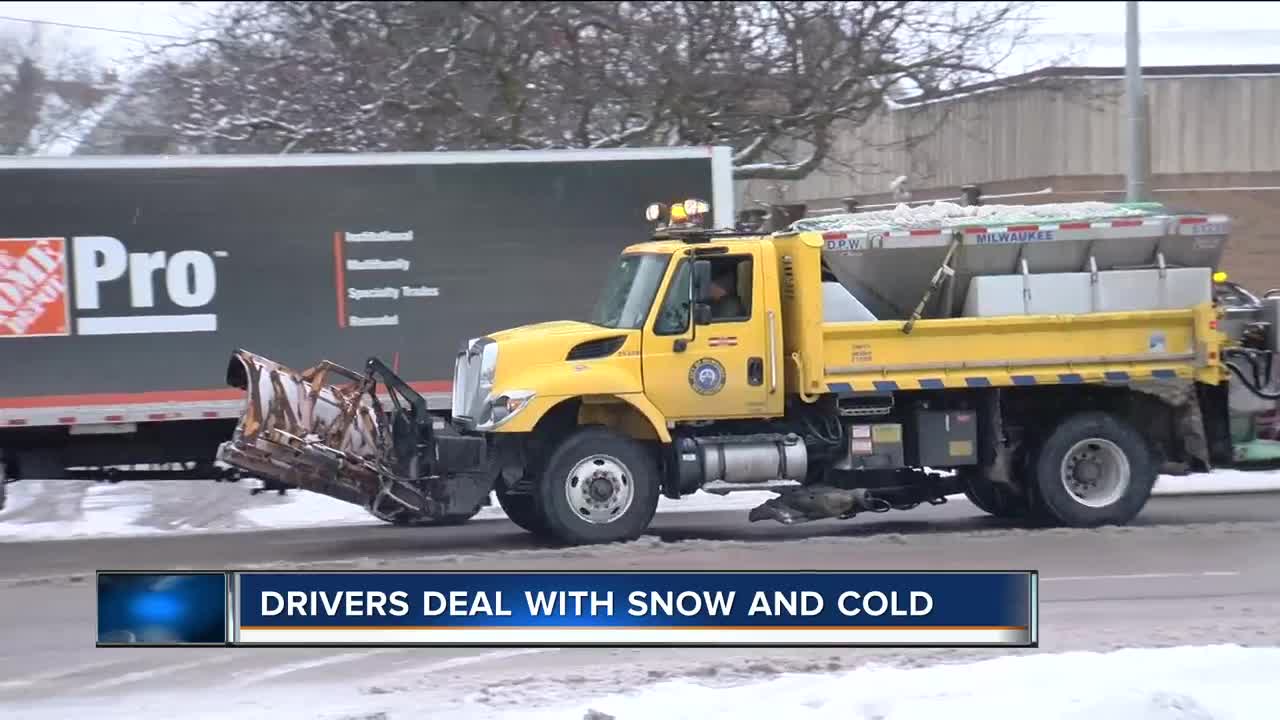 A round of snow Thursday morning was mostly clear by the afternoon but did cause some issues for people on the road.

A round of snow Thursday morning was mostly clear by the afternoon but did cause some issues for people on the road.

Overnight snow from Wednesday night accumulated and sat for much of the next morning. The Department of Public Works said they spent their time working to pre-treat the roads and have them ready for the day.

“We’ve been out there continuously since with anti-icing until midnight then went to general ice control,” said Brian DeNeve, spokesperson for the DPW.

While many major roads in the Milwaukee area were clear, DPW also dealt with the derailment of a Hop streetcar.

Fire crews came out to help lift the vehicle and get it back onto the tracks. It took several hours.

According to the department, weather conditions affected the re-railing equipment, making it more difficult to repair.

“I think that we had a little bit of issue with slipperiness on the surface as we tried to lift to move the streetcar over,” said Assistant Fire Chief Aaron Lipski of the Milwaukee Fire Dept.

Across town in the Roosevelt Grove neighborhood, Rosetta Lane’s house was struck by an SUV after a car crash on 48th and Capitol.

“I’m my living room and I heard the boom. I said I can’t believe it,” Lane said.

Lane told TODAY’S TMJ4, this was not the first time a car has come onto her property.

The driver of the SUV fled the scene, according to a woman inside of another car involved in the accident.

The driver, who didn’t share her name, said it was hard to slow down when they saw the car coming through 48th street because of the slick roads.