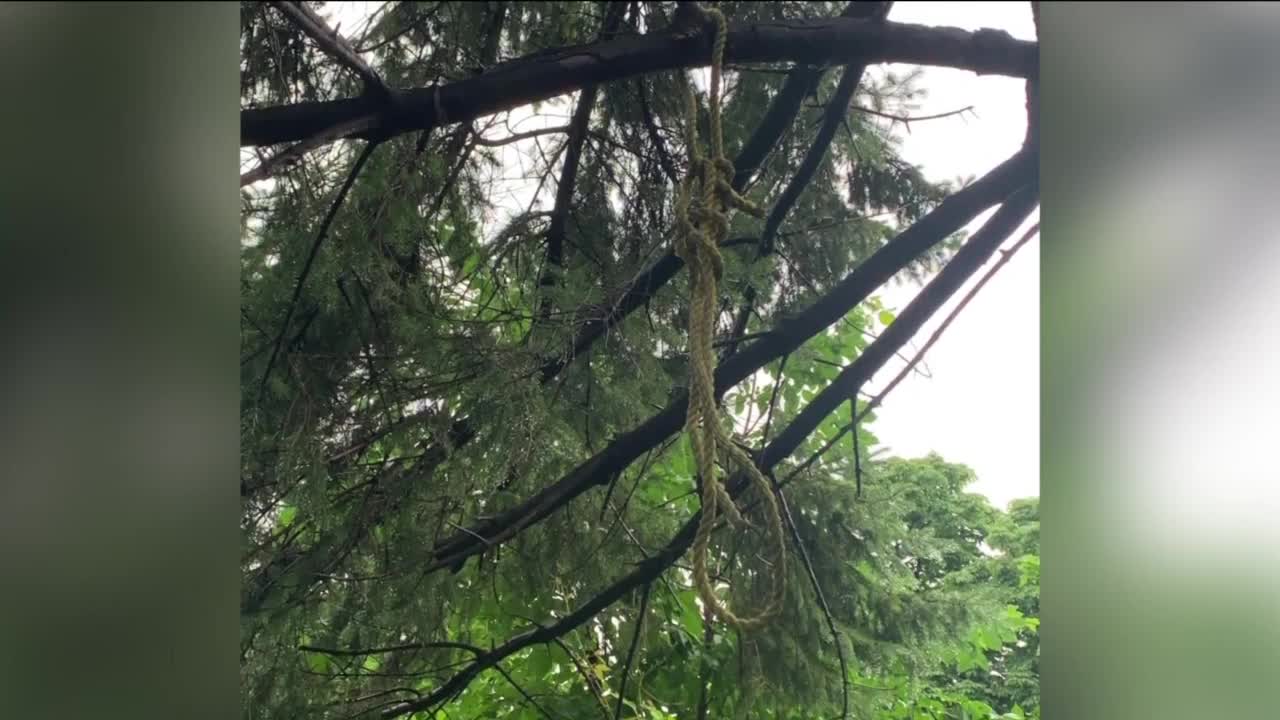 Milwaukee Police are investigating after a family says it discovered rope that appears to be in the form of a noose hanging from a tree in their backyard.

MILWAUKEE — Milwaukee Police are investigating after a family says it discovered rope that appears to be in the form of a noose hanging from a tree in their backyard.

Jessica Butler lives with her father and brother near Custer Avenue and 39th Street in the Old North Milwaukee neighborhood. Butler says they just moved in less than a month ago.

On Friday, Butler says her brother saw the rope when he looked out the kitchen window on Friday morning. They don't believe it was an accident—they believe it is a noose.

Butler says they then called the police. The Milwaukee Office of Violence Prevention reached out to the Butlers and says it will help monitor the area.

"This is just an indication of where society is and has always been," Butler said. "People hate black people."

Butler doesn't know how or why it happened, but she and her brother believe it happened after Thursday night's storms. They think someone could have come through their yard via an alley behind their home.

"I'm afraid to go to sleep tonight because I don’t know who’s going to be coming and lurking outside my house," Butler said.

Neighbors say the block is quiet and friendly, and many can't believe what happened.

Despite this, the Butlers still believe in the community. Jessica Butler is a youth development program manager at the COA Youth and Family Centers. Her brother is a teacher, and her father worked with nonprofit for at least 25 years.

They are hopeful for change, especially as crowds continue to march against racism all over the country.

"We have to still move forward and still find a way to do what we need to do to feel safe, and that’s where the community has come in and surrounded us as the community does in Milwaukee," Butler said.

If you have any information, call Milwaukee Police or 224-TIPS.