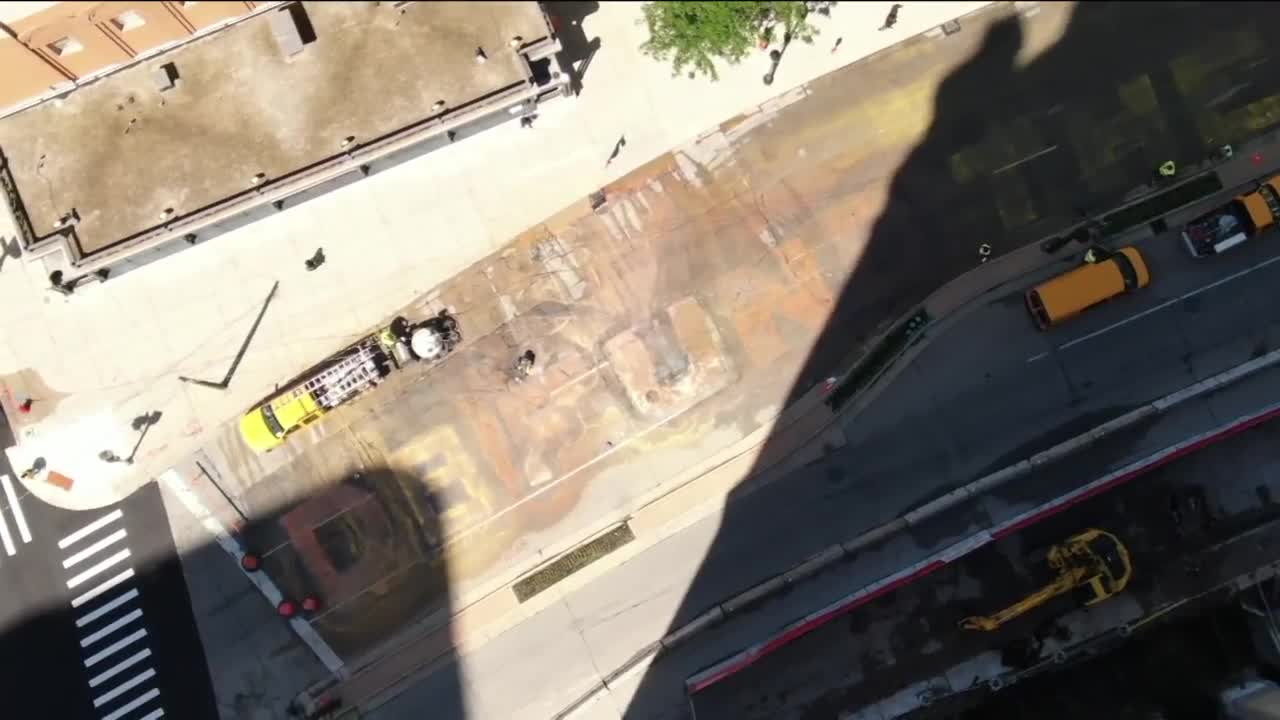 Officers were close by.

The Department of Public Works says the painting covers traffic markings and is very slick when wet, adding they have received complaints and observed vehicles having difficulty braking and stopping at the light.

"All over the country people are painting murals on the ground and they’re not removing them and I can’t help but think that it might be due to something else," said Caress Givens, who was biking past crews at work.

"The message painted on Water Street has been heard loud and clear by policymakers in city government, and the Department of Public Works has no intention to diminish the voices calling for change. Our concern for unauthorized street art including the current mural on Water Street is solely about safety."

"It doesn’t bother me at all," said activist Frank Nitty.

He questioned the police presence and the city's quick action.

"We just hope we can get them to move this fast to fix the potholes in the inner city where to put the speed bumps we’ve been asking for for years. This is just another sign of two tales of two different cities," said Frank Nitty.

Activists painted the mural last week without a permit.

Soon after it was done, someone altered it to say "Defend the Police." It was changed back.

Frank Nitty said they would replace the mural using different paint and complying with the city's safety concerns.