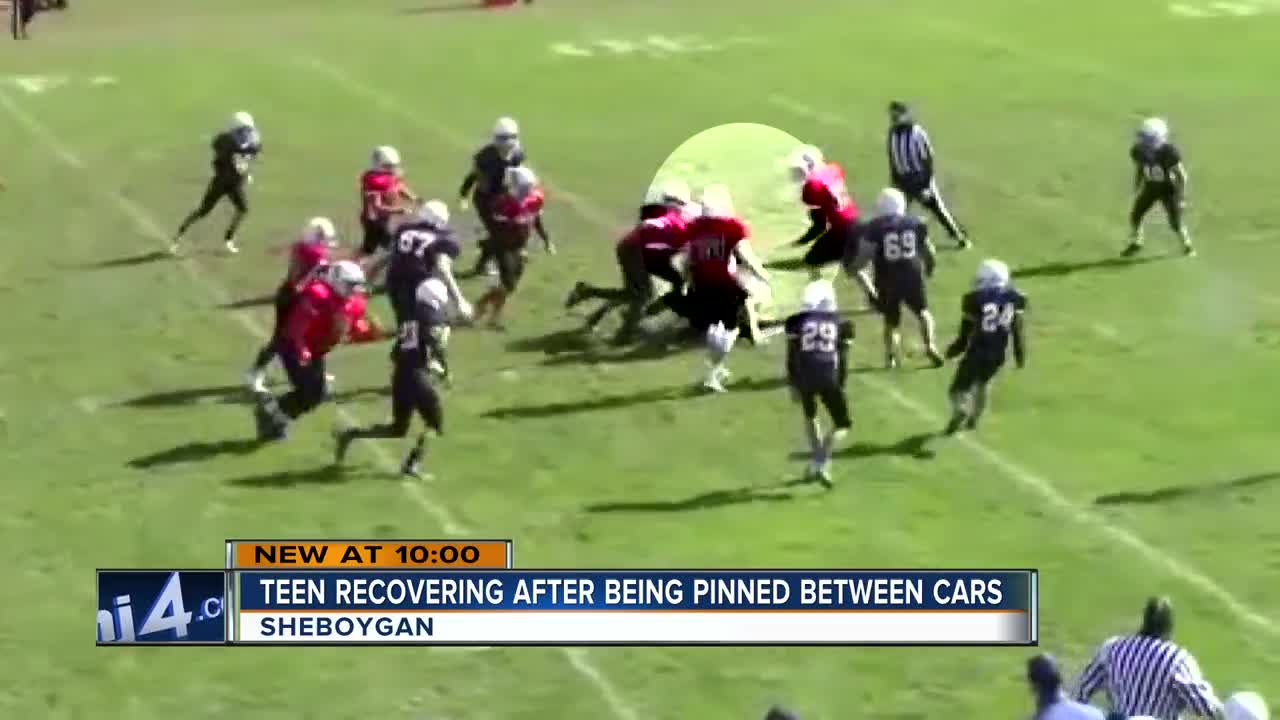 A Sheboygan youth football player is recovering from serious injuries after being struck by a car while he was leaving a game. 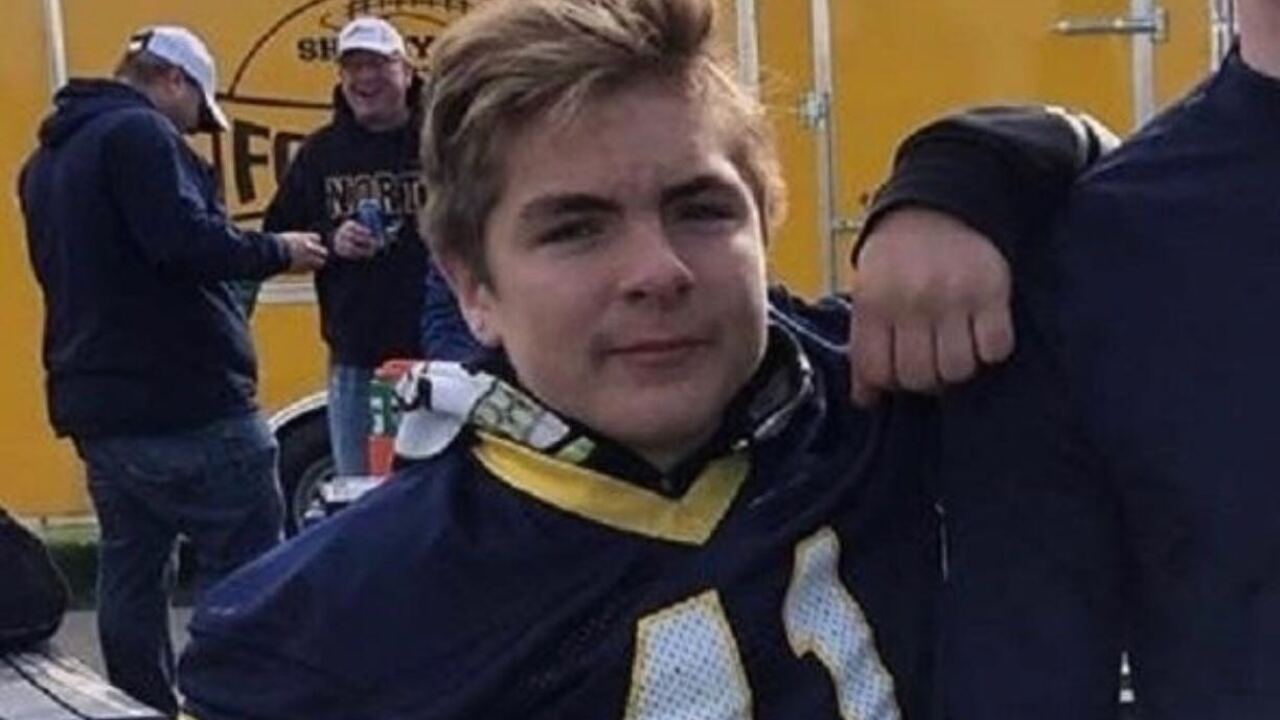 SHEBOYGAN — A Sheboygan youth football player is recovering from serious injuries after being struck by a car while he was leaving a game.

13-year-old Dillon Bohenstengel had just left the field at Sheboygan North High School Saturday afternoon and was putting his football equipment in the back of his family's car when a driver plowed into a vehicle behind him, pinning both of Dillon's legs.

Shortly after celebrating a victory to end the season, 8th grade North Raider Dillon Bohenstengel took a frightening hit off the field.

"I was in the score booth and the noise was very loud and I ran to the scene as did many other people," Schaefer said.

Schaefer hustled down to find a player he used to coach crushed between two vehicles.

"The fire department, they got there really quick which was key and we weren't sure how it was going to go down," he said.

The 13-year-old was airlifted to Children's Hospital suffering extreme trauma to both legs. Schaefer said Dillon severed an artery in his right leg which required immediate surgery.

"He's in good spirits, doing extremely well considering," Schaefer said. "There was concern that he was going to have not as good of outcome with his one leg but he seems to be doing real well with it and that's the last update that I received."

Schaefer and Sheboygan Youth Football have answered the call to help a family in need as Dillon's recovery begins.

"The family is a little overwhelmed right now," Schaefer said.

They're raising money for a football player who hopes to one day make it back onto the field.

"They're going to have a ton of medical bills ahead of them, living expenses, that kind of thing and we just want to help as an organization," Schaefer said.

Sheboygan police say a 16-year-old driver has been taken into custody. No word on what might have caused that teen to lose control.