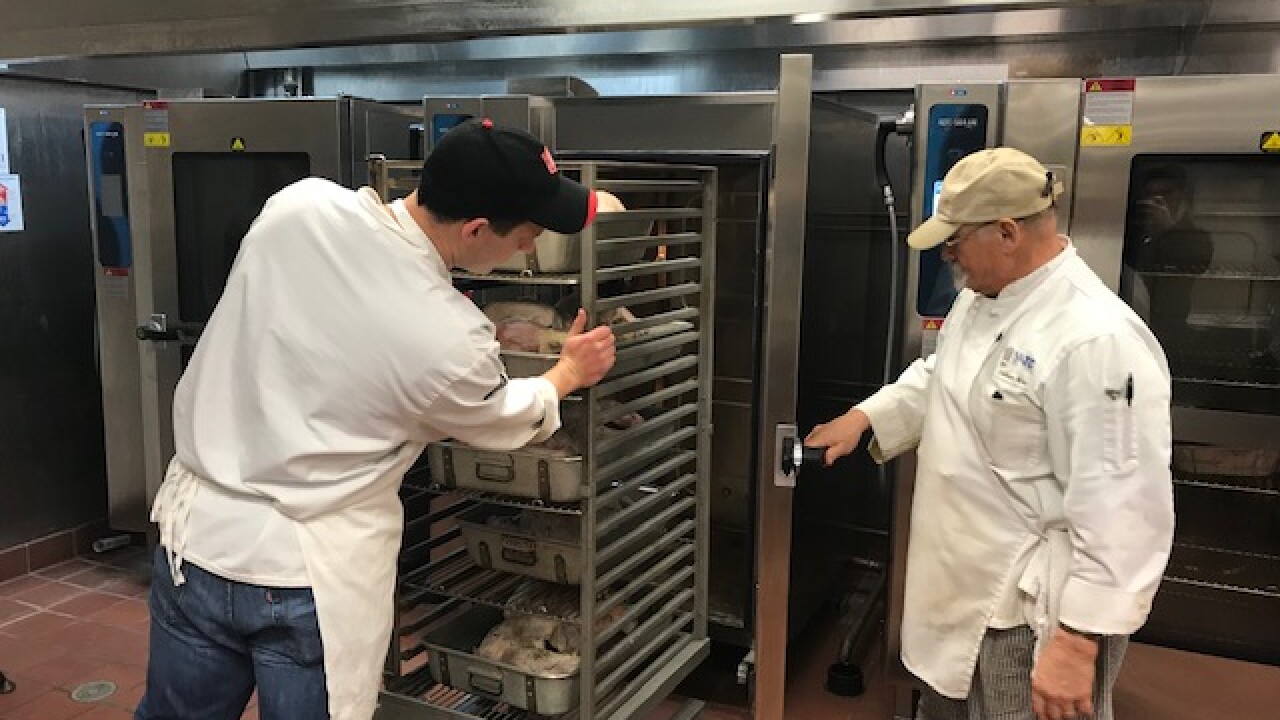 MILWAUKEE — The Salvation Army plans to feed 8,000 guests at its annual Christmas Family Feast on Tuesday.

The event has been around since 1990.

Ilk said roughly 60 volunteers were helping him with that cooking Monday morning.

"We picked up tons of food. That's going to serve over a couple hundred people at least," said Ingrid Durr-Russell, the senior pastor at Chosen Generation Outreach Ministry.

She loaded trays of turkey, mashed potatoes and other trimmings into her van.

Durr-Russell said she will serve the food to people at Chosen Generation Outreach Ministry's Christmas celebration, which is set for 5 p.m. Monday at 24th and Auer.

"It's all about people. It's about reaching out to people — to the hurting, to the lost," Durr-Russell said.

Ilk said all the hard work behind the meals is worth it. He added it is satisfying watching people from different backgrounds enjoying the meals at the Salvation Army's annual feast.

"It's nice to see all of those people, as a family, in many cases, enjoying a meal together," Ilk said.