Riverwest man, 59, known for holding political and religious signs killed outside his own store 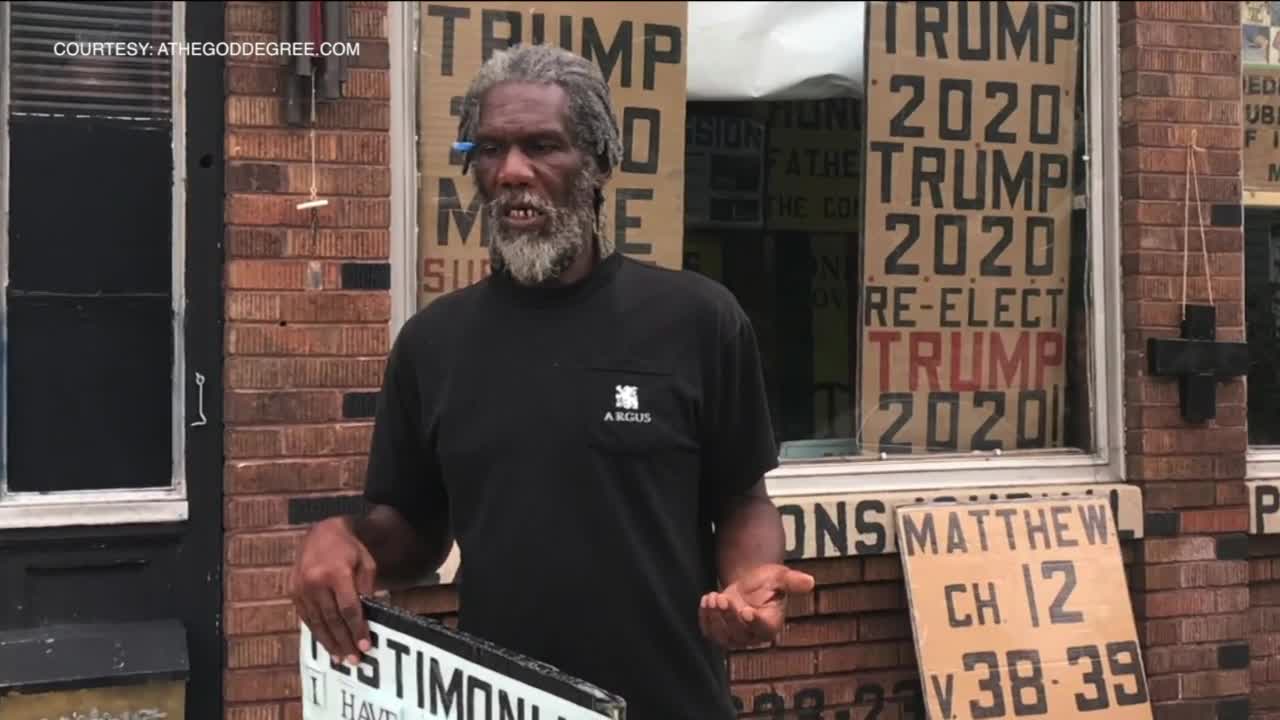 Milwaukee Police are still searching for the person responsible for a deadly shooting on Thursday afternoon. The victim was Bernell Trammell, 59, was a well-known figure in Milwaukee’s Riverwest neighborhood. He ran “Expressions Journal,” a small publication where he also made large signs he was known to carry.

Milwaukee Police are still searching for the person responsible for a deadly shooting on Thursday afternoon.

The victim was Bernell Trammell, 59. Trammell was a well-known figure in Milwaukee’s Riverwest neighborhood. He ran “Expressions Journal,” a small publication where he also made large signs he was known to carry.

Trammell, or “Ras,” as he was known, was shot and killed outside of his publication Thursday around 12:30, according to Milwaukee Police. The shooting happened near the intersection of Bremen and Wright.

He was known by many neighbors as a peaceful man, unafraid to make his voice heard with the words on his large signs.

Now that voice won’t be heard.

Saturday, friends gathered outside of Expressions Journal to create a memorial.

“He had a right to have his voice and he was so strong to do it alone,” said Pia Lombardi, a friend of more than 20 years.

A neighbor who didn’t want to share their name said they heard several gunshots and Trammell was left sitting in a lawn chair outside of his shop.

Adebesi Agoro runs TheGodDegree.com. He interviewed Trammell hours before the shooting, hoping to give him another platform to express his current political position.

“I haven’t seen him in the public with a pro-Trump sign ever so I got curious,” Agoro said. “I gave the man a floor... a misunderstood character the floor to speak his opinion and that’s what I told him.”

Little did Agoro know, his platform would be the last time anyone would publicly hear from Trammell, a man known for his large voice and signs, again.

“I would hope that people think this is a senseless murder and a good man died here for no reason,” Lombardi said. "We lost a man who cared about people. Even if they were different than him.”

Police are still looking for the person, or people responsible for the homicide. There is not a known motive for the shooting at this point.