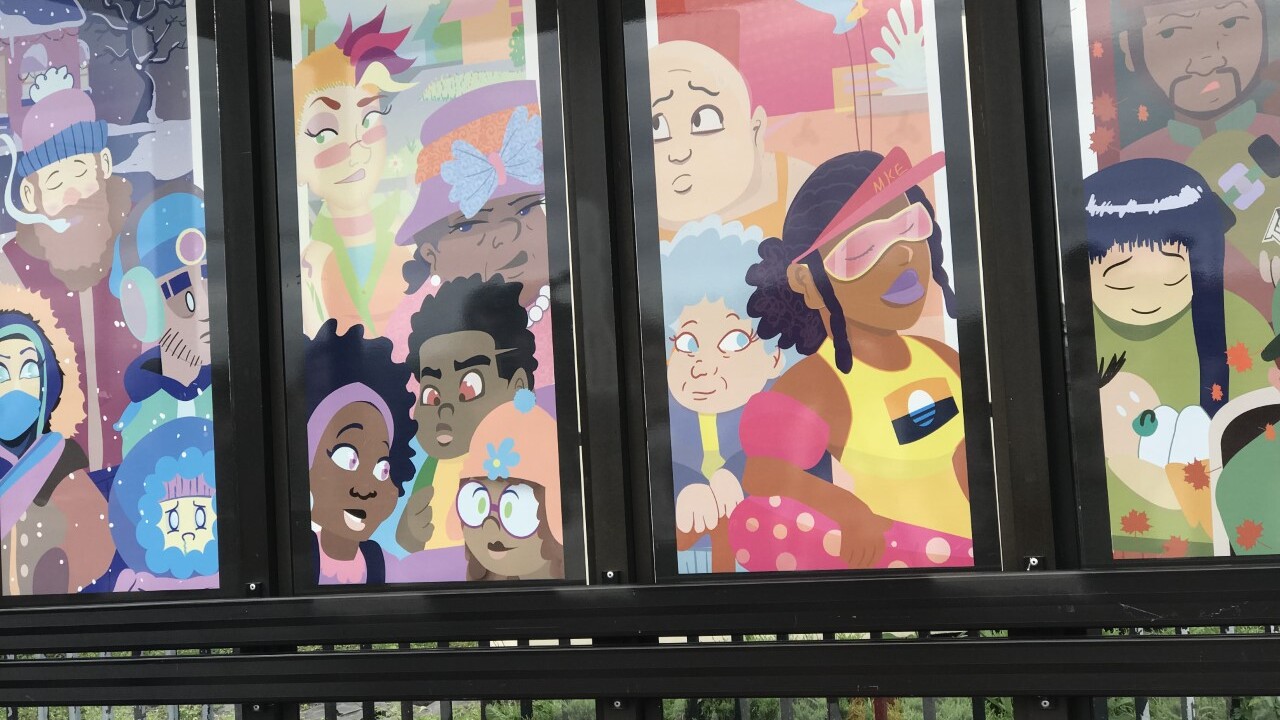 MILWAUKEE — Brightening up Milwaukee, one bus shelter at a time: That's the goal of an art project that's returning for a second season with the installation of eight new pieces of artwork on bus shelters throughout the city.

“I like how they showed a lot of different diversity and they didn’t just put strictly blacks or strictly whites. It’s really colorful, it brings a little pop to the bus stop while you’re sitting here,” commuter Amunique McGee said.

The Milwaukee County Transit System’s (MCTS) bus shelter art project returns with a new location, at the corner of 27th and North. It’s called seasons 414, and Tyler “Tystarr” Copes, a Brooklyn native, is the artist.

“Milwaukee, to me, means opportunity. I come from like the biggest city in the world, and it’s not like Milwaukee. It’s just so new (and) so fresh to me,” Copes said.

Copes' piece is a colorful illustration that shows a diverse group of people enjoying Wisconsin’s four seasons. During the unveiling, Copes even got a surprise visit from Mayor Tom Barrett.

“This moment feels magical. It just feels like it’s supposed to happen. I love art, and this is what I love to do," Copes said.

A few miles away in Walker’s Point, the second installation is on display near 1st and National — the other six pieces are expected to go up in the weeks and months to come.

The bus shelter art project launched a year ago, working with local artists while raising money to pay for the production and installation.