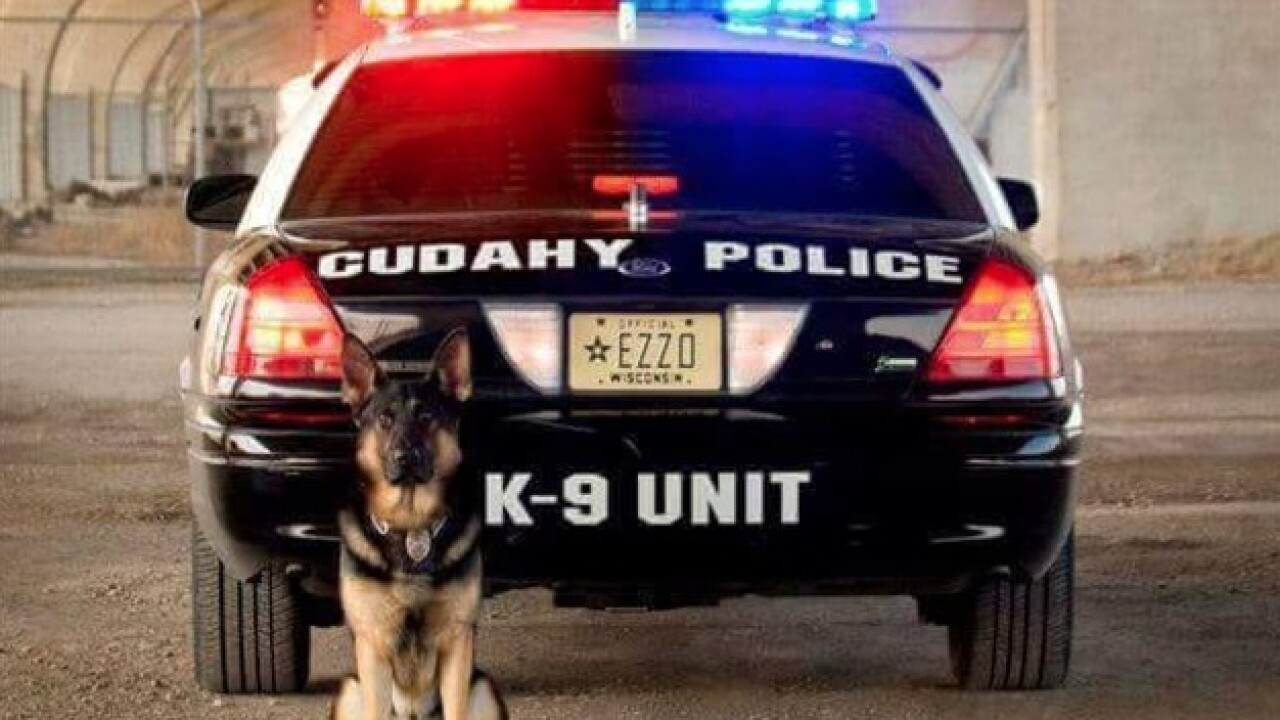 Retired Cudahy Police K-9 officer Ezzo vom Salztalblick has passed away, according to the police department.

Ezzo had retired last year and was living with his handler Corporal Brian Olson and his family.

He was born in Germany in 2006 and came to the Cudahy Police Department in 2008. Ezzo and Olson became Cudahy’s first K-9 team.

He passed away peacefully at his home on Sept. 12 just shy of his 12th birthday, the department said.