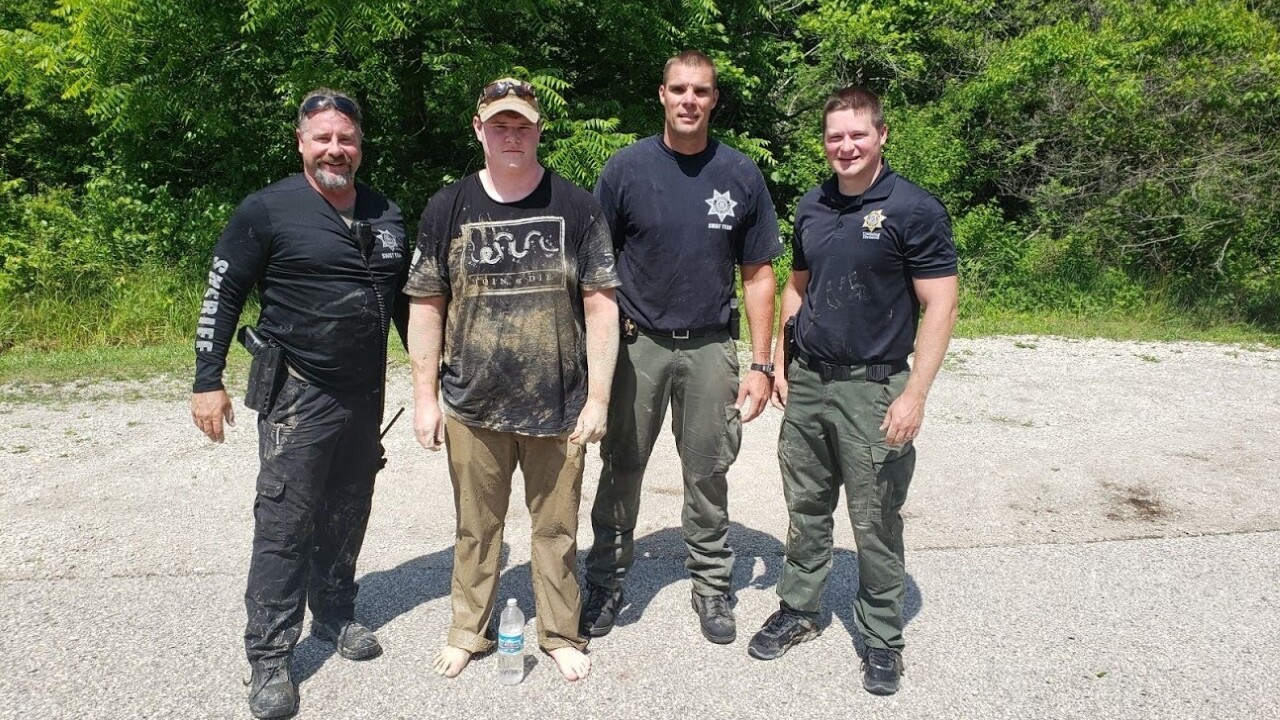 RACINE — The Racine County Sheriff's Department rescued a man today who was stuck on the side of a cliff at Racine County Cliffside Park.

911 dispatchers got a call around 9:21 a.m. from a man who claimed to be stuck on the side of a cliff. He noted that his phone was dying and was eventually cut off from dispatchers.

However, he was able to relay his location to Racine County Communications before being cut off. From there, the Racine County Sheriff's Department was sent to the scene.

The Racine County training Division also overheard the call and responded to the scene.

Around 10:07 a.m., the training division conducted a search of the area and found Dillion Armstrong stuck on the side of a cliff.

The sheriff's department says Armstrong was around 7 feet down from the top of the cliff and his leg was stuck in mud up to his thigh. Because of his location, he could not be seen from the water or the clifftop.

One deputy was able to climb down the cliff with some help from a squad issued throw rope. He dug out Armstrong and brought him to the top of the cliff without any injuries.