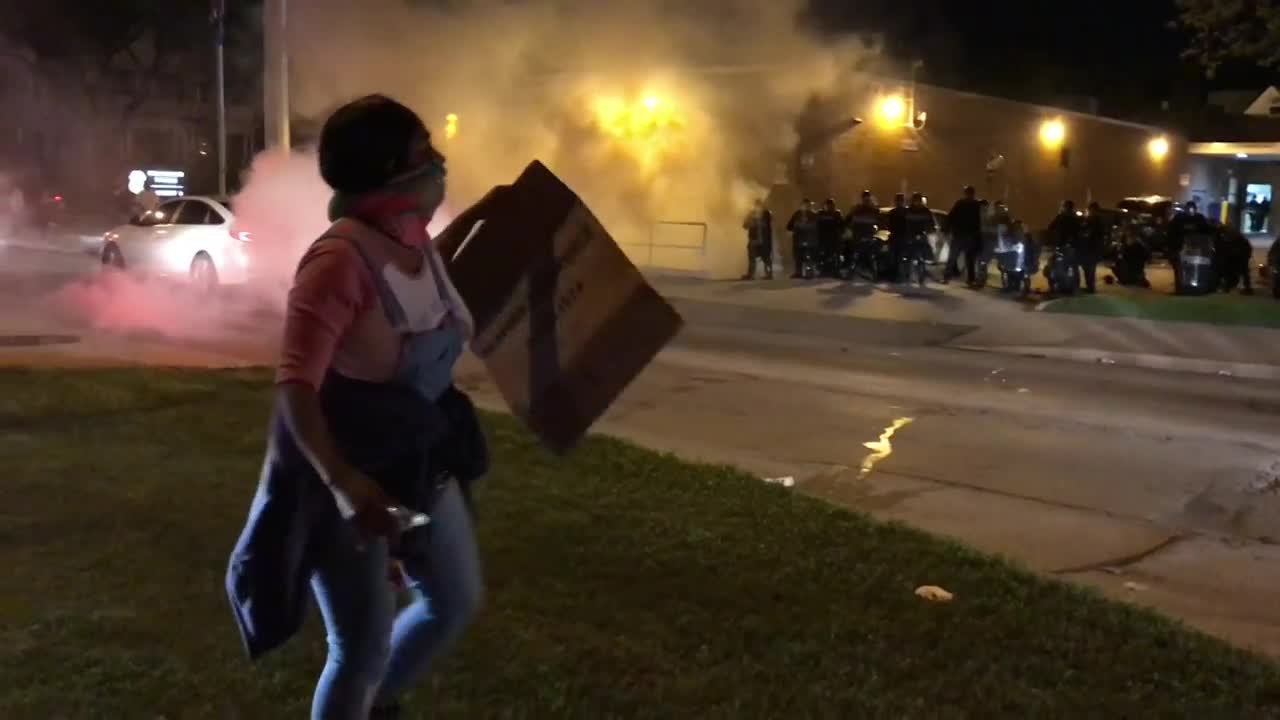 MILWAUKEE — Friday night and into Saturday morning, crowds of people were standing off with police in protective gear near Milwaukee Police District 5.

Dozens of cars jam were packed in the intersection of Martin Luther King Drive and Locust Street, where some people started breaking the windows of the nearby businesses.

On Friday, a protest took place in Milwaukee demanding justice for Joel Acevedo, who died after a fight with an off-duty police officer.

Off-duty police officer Michael Mattioli has been charged in his death.

A majority of this situation started at MLK and Locust.