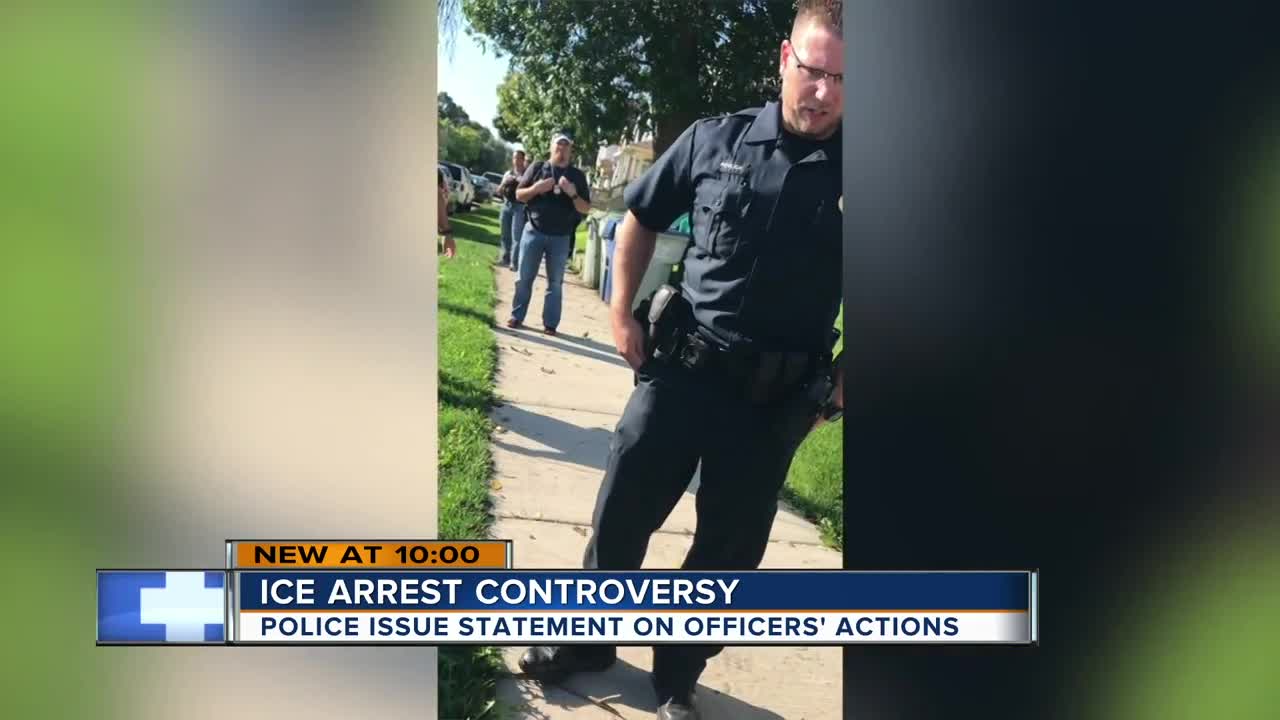 Milwaukee Police respond to criticism about their involvement in an Immigration and Customers Enforcement (ICE) arrest of Jose De La Cruz. 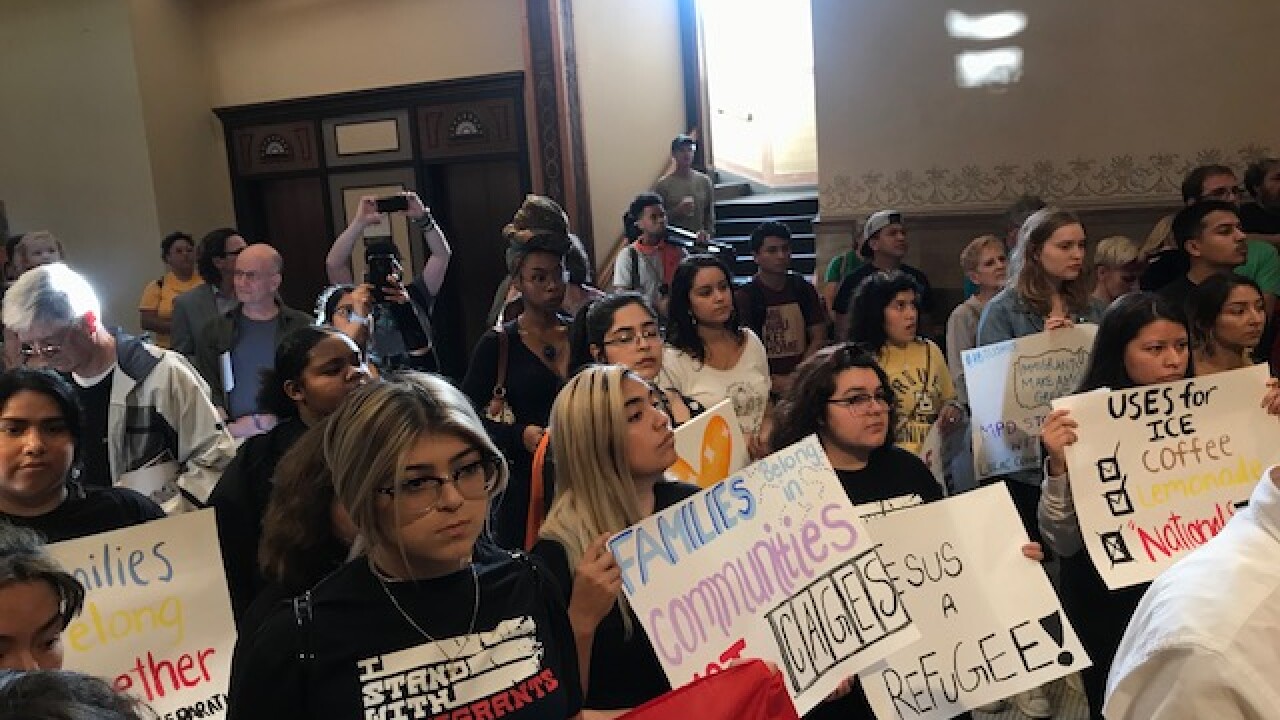 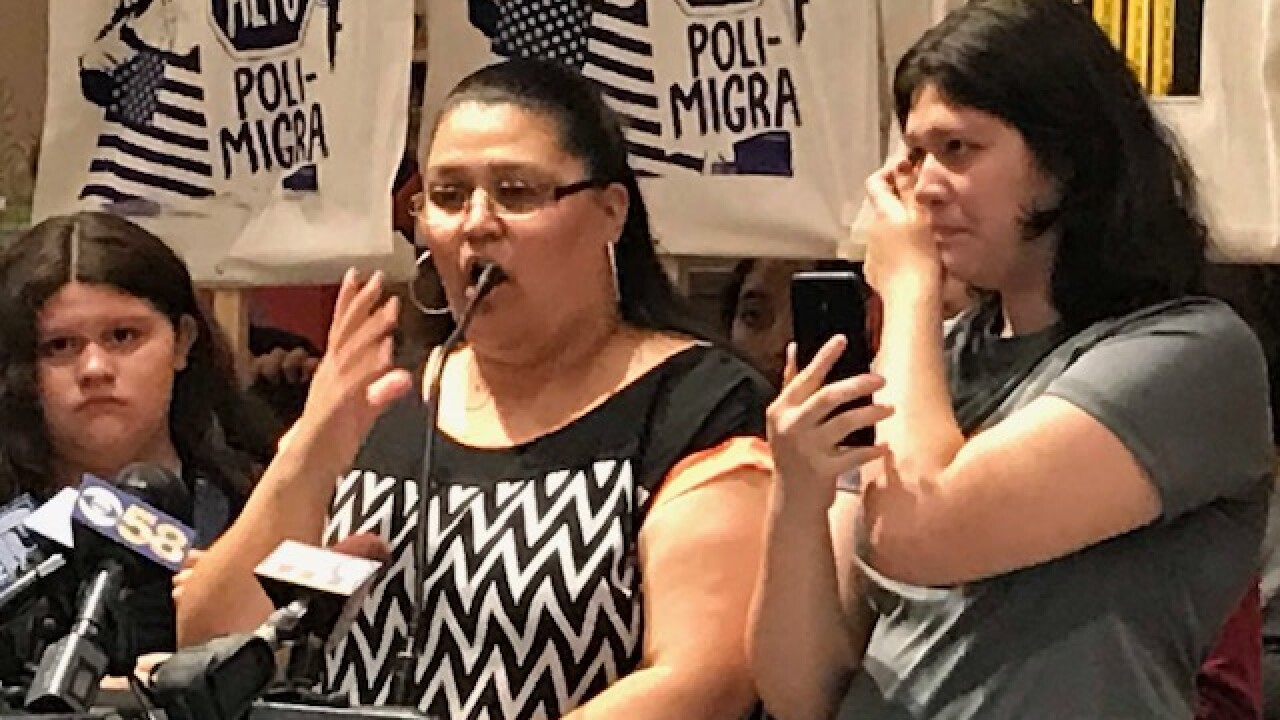 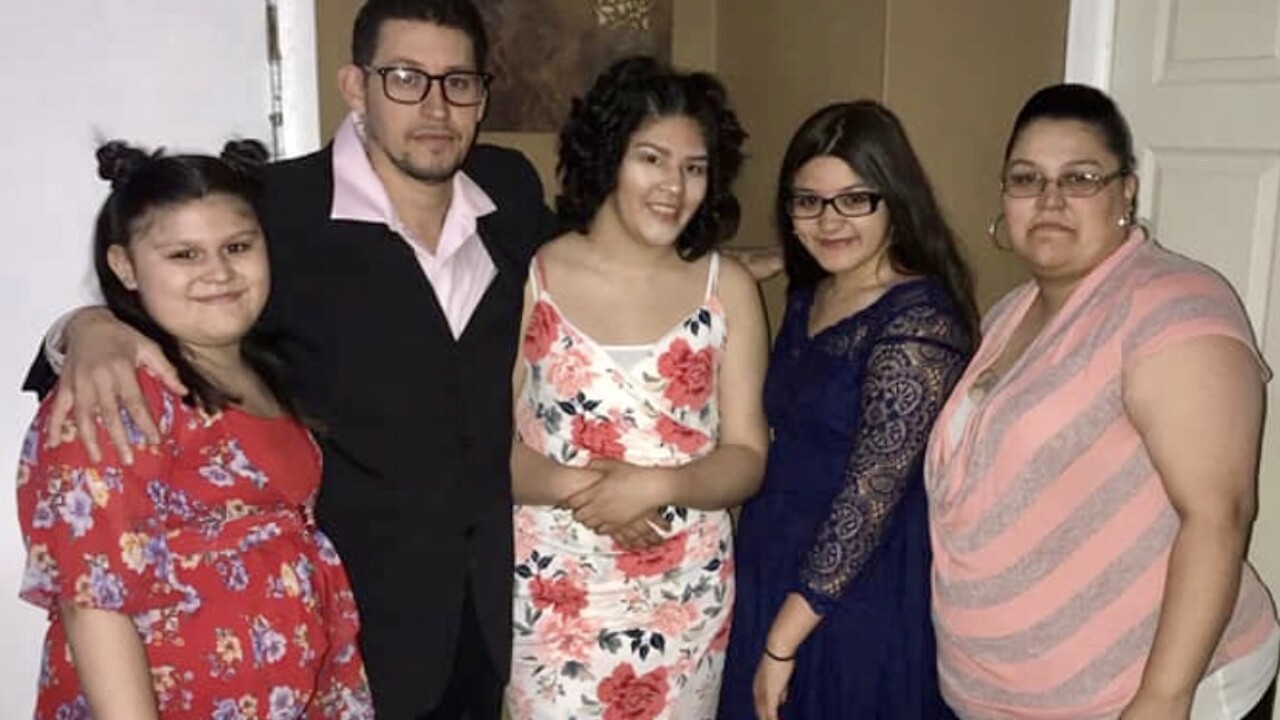 MILWAUKEE — Milwaukee Police responded to criticism about their involvement in an Immigration and Customers Enforcement (ICE) arrest of Jose De La Cruz.

The De La Cruz family and immigrant rights groups like Voces De La Frontera are protesting Milwaukee Police's involvement in a traffic stop. They want a change in police policy.

Mayor Tom Barrett also got involved. He sent a letter Milwaukee Fire and Police Commission asking them to review the detention of De La Cruz and MPD's role.

"While officers were on the scene, the Department of Corrections issued a violation of probation warrant for De La Cruz's arrest."

It was because of that warrant MPD says it assisted ICE, not because of his immigration status.

"I am living this nightmare," said wife Kristine De La Cruz. "My family is living the nightmare of family separation."

She said ICE agents approached their vehicle without a warrant. They only got a warrant after De La Cruz would not leave his vehicle. Milwaukee Police then arrived and said they were arresting De La Cruz for a probation violation connected to a 2017 gun case. The De La Cruz family says they want the Fire and Police Commission to change the policy to stop MPD from assisting ICE agents.

"Please help us. I don't wish this on any other family," said Kristine.

A Fire and Police Commission committee was supposed to take up this policy Thursday night. The committee canceled its meeting. The full commission will meet again Oct. 3.