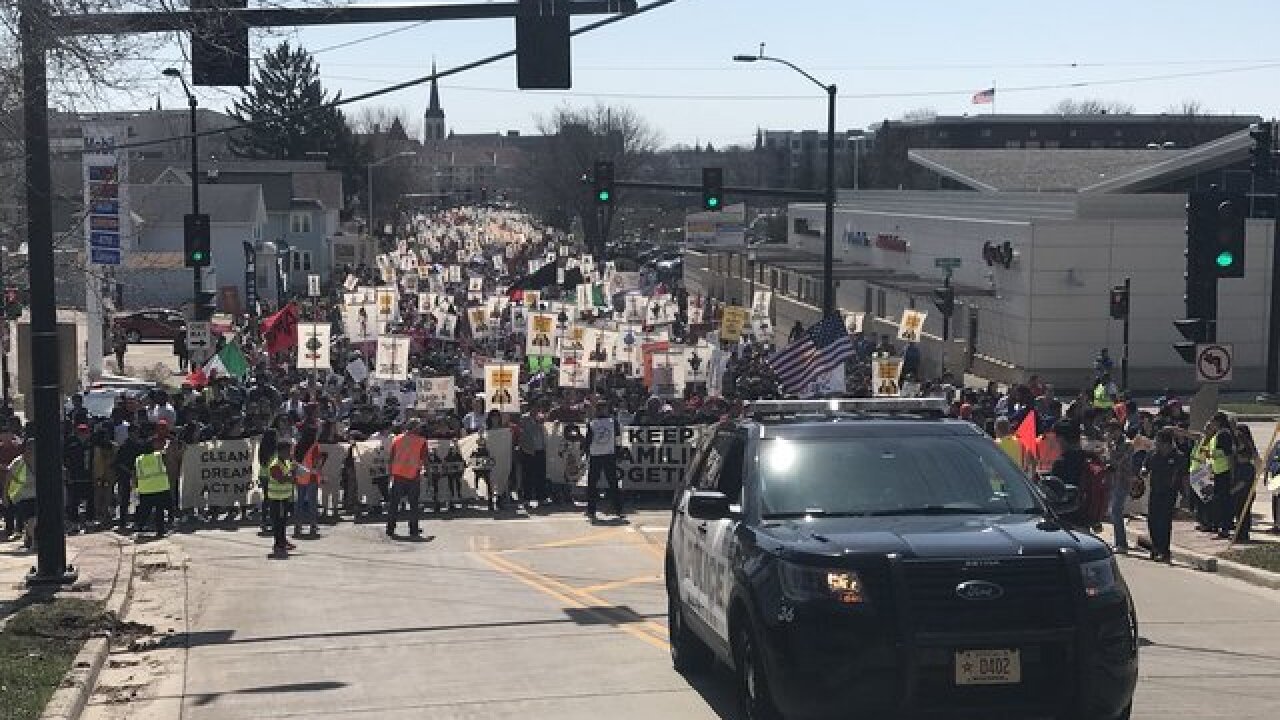 A statewide march dubbed a “Day Without Latinos and Immigrants” and organized by the group Voces de la Frontera descended on the Waukesha County Courthouse Tuesday afternoon.

Some demonstrators came from Waukesha. Others were bused in from cities like Madison, Milwaukee and Racine.

The marchers said they oppose the Waukesha County Sheriff’s decision to have some of his law enforcement officers trained and deputized as immigration agents.

Esme Sandoval and her family participated in the march, which began at Cutler Park.

Sandoval's parents are in the country illegally, so she and her siblings worry their mom or dad could be deported.

“We don’t want our parents to live in fear,” Sandoval said.

Sandoval added she believes training some Waukesha County Deputies through the federal, 287G program puts illegal immigrants like her parents at greater risk of deportation.

“They came here to give us a better future, and a better future for themselves too, and I don’t want that to be taken away from them,” Sandoval said, “or from my siblings.”

“We’re a family, and you can’t tear that apart,” she said.

But Waukesha County Sheriff Eric Severson said there is misinformation circulating about what the 287G training would authorize the sheriff’s department to do.

Severson has authorized two correctional supervisors to receive the training this summer. Once finished, they would be allowed to place immigration detainers on inmates who are already in custody at the Waukesha County Jail.

He said the 287G program won’t allow his deputies to patrol the community and search for illegal immigrants.

“We’re not doing ICE raids in the community now, and we won’t be doing them in the future,” Severson said.

Severson believes the 287G training is a common-sense way to promote public safety.

“This prevents me from having to release somebody into the community that’s already in custody, and that’s already believed to have committed crimes,” Severson said.

The Sheriff added the training will also guard against potential lawsuits regarding whether his department has the authority to honor immigration detainers issued by ICE.

“Throughout the country, many sheriffs have been successfully sued regarding their authority to honor ICE detainers after local charges have been disposed of,” Severson said.