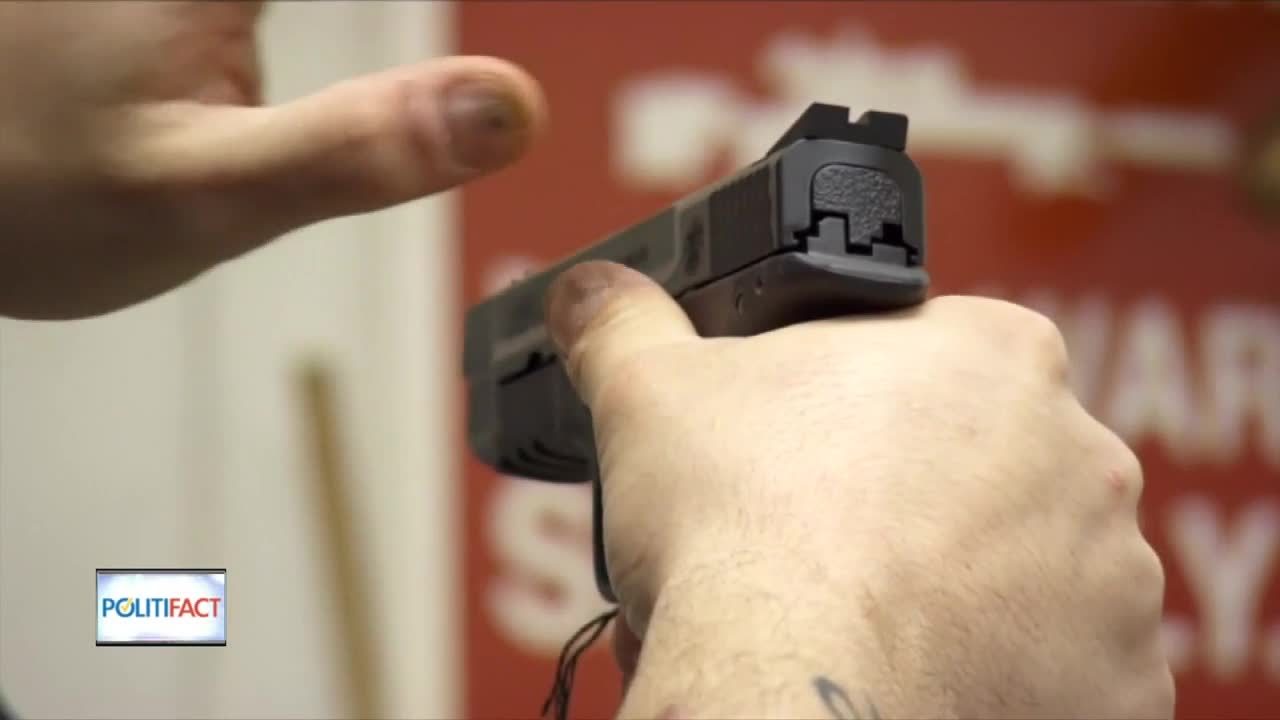 Republican lawmakers did not want to take up or debate a red flag law in a special session, but Assembly Speaker Robin Vos is often asked about the proposed law.

Republican lawmakers did not want to take up or debate a red flag law in a special session, but Assembly Speaker Robin Vos is often asked about the proposed law.

PolitiFact Wisconsin looks at his claim about the law and who has the burden of proof.

Red Flag laws vary from state to state but in most cases, the process begins with a petition to the courts or a judge arguing that a person is a danger to themselves or others.

Speaker Vos recently claimed: "What (Democrats) wanted to do was say, 'I think you might do something so I'm going to take away your gun and make you prove you wouldn't do it.'"

"In other words, his claim is that the burden of proof lies on the gun owner to prove that they are not a problem. But that's not how it works," said Eric Litke with PolitiFact Wisconsin.

PolitiFact Wisconsin says the initial burden of proof falls on the person seeking to have the gun removed - not the gun owner.

The law puts the burden on the person making the request the person seeking the guns removal, they must go before a judge for an initial temporary order," said Litke, " and then a final more permanent order and prove to the judge of satisfaction that the person is substantially likely to pose a threat to themselves or others. "

PolitiFact Wisconsin says the point Vos is making is accurate but he is misapplying it. Vos is referring to when the burden of proof shifts to the gun owner.

"If the gun owner wants the guns back before the end of this injunction period, they would need to prove that they are no longer a threat," said Litke.