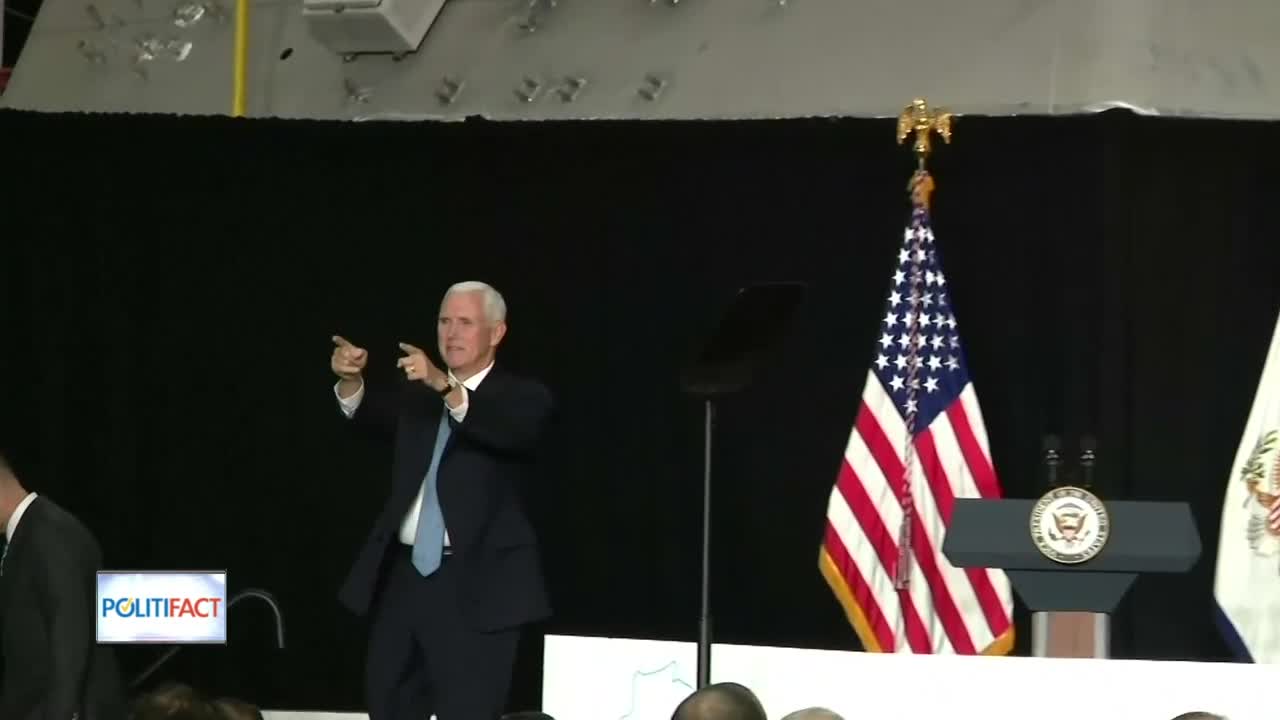 Jobs, jobs, jobs. You're going to hear that a lot in the 2020 election year. PolitiFact Wisconsin checks a jobs number by Vice President Mike Pence to see how it stacks up in the Truth-O-Meter.

PolitiFact Wisconsin checks a jobs number by Vice President Mike Pence to see how it stacks up in the Truth-O-Meter.

Vice President Pence in Marinette, Wisconsin Wednesday talking about the economy and the jobs numbers in Wisconsin.

"He made an interesting claim that we wanted to check which was that since Donald Trump took office, the number of jobs in Wisconsin has increased by 36,000," said Greg Borowski with the Milwaukee Journal Sentinel.

"When you look at the numbers Vice President Pence is actually understating things a bit," said Borowski. "The numbers do show that since Trump and Pence took office in January of 2017 there have been about 40,000 new jobs created in the state of Wisconsin.

PolitiFact Wisconsin points out the number of jobs in Wisconsin have trended up dating back to 2010.

However, that that trend has changed this year

"While we now have about 40,000 more jobs in the state of Wisconsin there are several things missing in this claim," said Borowski, "most notably that within the current year in 2019 jobs have been declining in Wisconsin so we're down about 9,300 jobs this year alone."