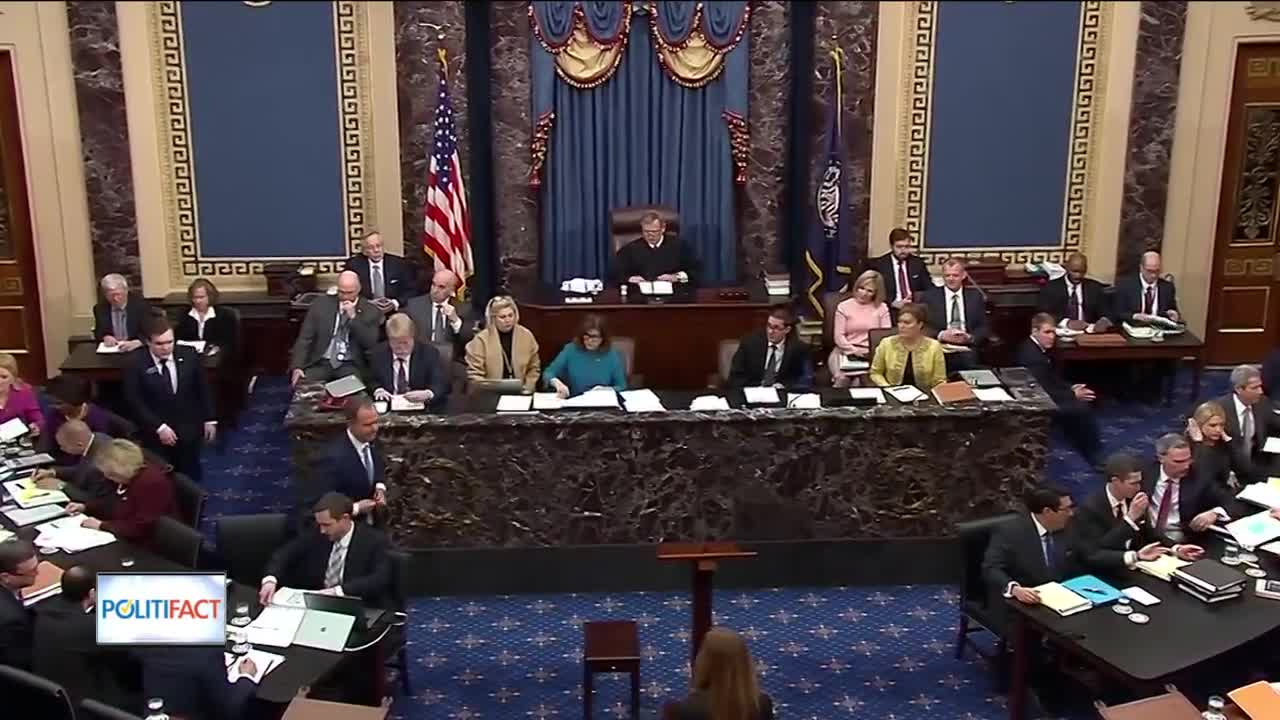 Witnesses can play a pivotal role in any criminal trial but Senate Democrats and Republicans disagree over the need for witnesses in President Trump's impeachment trial.

Witnesses can play a pivotal role in any criminal trial but Senate Democrats and Republicans disagree over the need for witnesses in President Trump's impeachment trial.

PolitiFact Wisconsin looks at a claim Senator Tammy Baldwin has made more than once about witnesses.

We still don't know if witnesses will be called for the Senate impeachment trial - but if no witnesses are called - Wisconsin Senator Baldwin says that would be a first.

"The Senate has never had an impeachment trial without witnesses in order to have a full, fair and honest trial," said Greg Borowski with the Milwaukee Journal Sentinel."

There's not a lot of history here when it comes to impeachment trials for presidents, it's only happened twice, Andrew Johnson in 1868 and Bill Clinton in 1999.

"In the case of Johnson in 1868 there were 41 witnesses called," said Borowski, "and in the case of Bill Clinton there were three called including Monica Lewinsky herself."

Also, keep in mind - it's not just presidents who can be impeached. There have been senate impeachment trials for judges to a cabinet secretary.

"Not all of those cases went to trial due to people stepping down or other matters," said Borowski "but the history books do show and experts tell us that every one of those cases it did have witnesses in some capacity before the U.S. Senate."

So on this point, Senator Baldwin is correct, PolitiFact Wisconsin rated her claim TRUE.