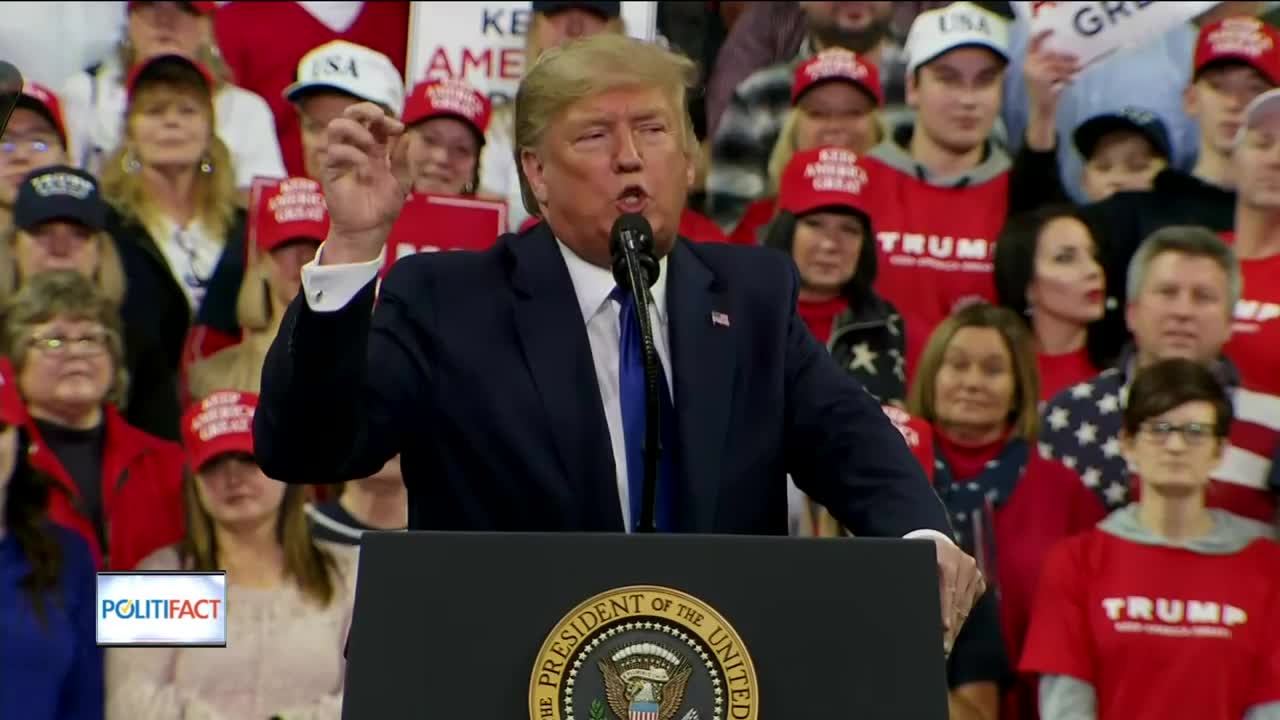 It was a 90-minute speech for President Trump at his rally in Milwaukee Tuesday night. PolitiFact Wisconsin spent some time fact-checking some of the things he said.

MILWAUKEE — It was a 90-minute speech for President Trump at his rally in Milwaukee Tuesday night. PolitiFact Wisconsin spent some time fact-checking some of the things he said.

Supporters packed UW-Milwaukee Panther Arena cheered when President Trump boasted that Wisconsin had the lowest unemployment ever recorded since he's been commander-in-chief.

"On that point he is correct," said Greg Borowski with the Milwaukee Journal Sentinel. "The lowest rate we had recorded was 2.9% last March it's a little bit higher now but he is correct on that point."

.@realDonaldTrump says Wisconsin had the lowest unemployment rate ever under him.

Yup! He's right about that: https://t.co/TgJouCgytk#TrumpRallyMilwaukee

Speaking of jobs -- President Trump also made a claim about wages -- stating they are growing for the first time in a long time.

"He is right that wages are growing in this country but when this claim was looked at before we rated it false because it really started growing under Barack Obama," said Borowski, "so many years before the window President Trump is talking about."

No, not quite. Wage growth has been modest, but sluggish at best. They also started rising three years before Trump took office: https://t.co/iAIWNvG4Xu
#TrumpRallyMilwaukee

PolitiFact Wisconsin says one of the more over the top claims made during Tuesday night's rally surrounded abortion -- with the president claiming that 'late-term abortion' was essentially ripping babies out of a mother's womb.

"We have not rated that particular wording before but our past reporting has shown that that President Trump is off the mark, oversimplifying what is a pretty rare event and one that just doesn't take place in the manner that he's describing," said Borowski.