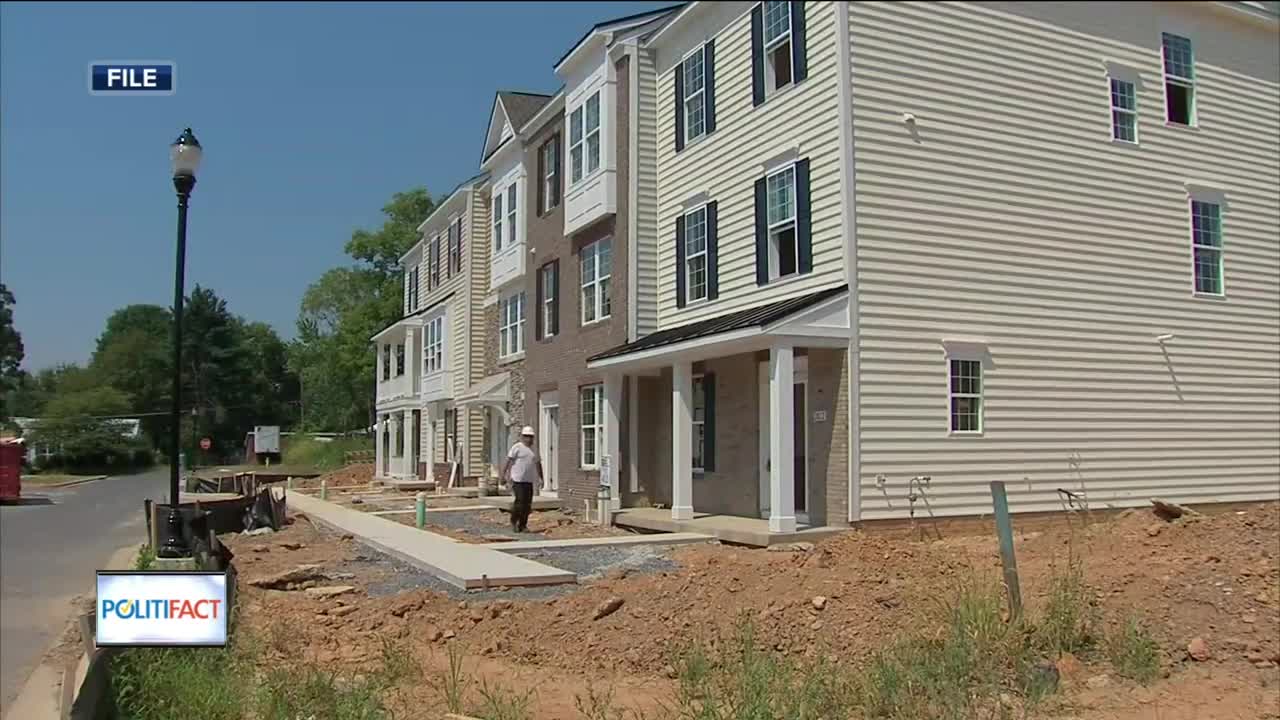 Affordable housing is an important and critical issue for people who want to live and work in Milwaukee.

MILWAUKEE — Affordable housing is an important and critical issue for people who want to live and work in Milwaukee.

PolitiFact Wisconsin looks at a claim that could come up in the Mayor's race between Mayor Tom Barrett and State Senator Lena Taylor.

During his State of the City speech, Mayor Barrett talked about progress with his 10,000 Homes Initiative that he started in 2018.

That effort reminded PolitiFact Wisconsin about a previous campaign claim from Mayor Barrett when he first ran for Mayor.

"We took a look at a separate claim he made back when he launched his campaign which said that since he took office in 2004 he has already created. The city has 7000 affordable housing units," said Greg Borowski with the Milwaukee Journal Sentinel.

Affordable housing is defined as a family of four making less than $50,000 a year.

"It does tally up to more than 7000 it's actually 7261 units," said Borowski. "Most of those were in the neighborhoods, about 690 of those units were downtown

PolitiFact Wisconsin points out there's still a debate over is that enough?

"If there is a caveat it's only that there's a lot of discussion in the housing community and others about, you know, is there enough affordable housing downtown? Do people have the same opportunities in other places? Should they be more single-family units for instance," said Borowski.