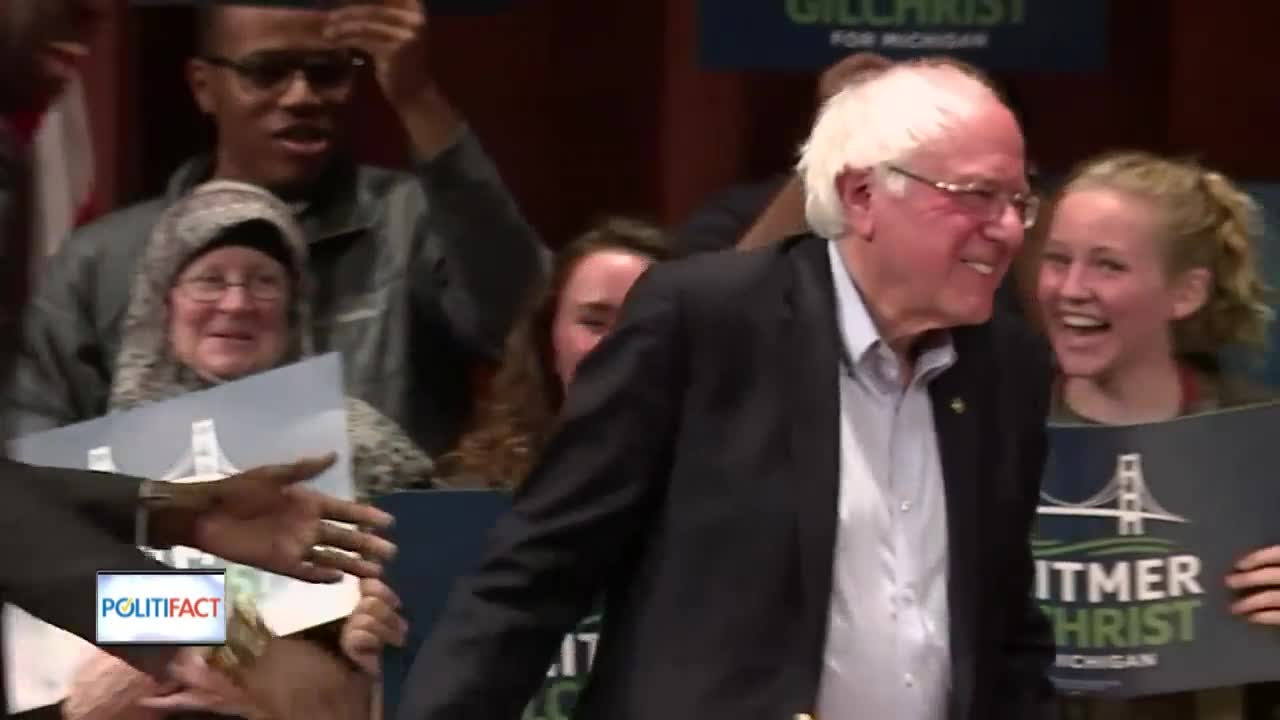 Triple digit interest rates for short term loans can give you sticker shock, but are they really as high as presidential candidate Bernie Sanders suggested in a recent tweet?

Triple-digit interest rates for short-term loans can give you sticker shock, but are they really as high as presidential candidate Bernie Sanders suggested in a recent tweet?

Vermont Senator Bernie Sanders is making another run for the White House and Wisconsin is very much on his mind as he pushes to cap payday loan interest rates at 15%.

Sanders tweeted the highest average annual interest rates for payday loans to point out what he called exploitative lending.

"For Wisconsin he said that number is 574% so we're talking about payday loans," said Eric Litke with PolitiFact Wisconsin. "These are short term loans intended to be kind of an emergency, bridging the gap until the next payday."

PolitiFact Wisconsin says Wisconsin is one of three states that have no rate limit on short term payday loans.

Critics argue the astronomical interest rates hurt those who already struggle with bad credit and debt.

"Last year there were 75,000 of these loans taken out. Less than half of those were paid back on time," said Litke.

Politifact Wisconsin turned to the Center for Responsible Lending - a nonpartisan organization that tracks the numbers.

"In Wisconsin the average rate was about 486%," said Litke, "so he's in the ballpark and his overall point that these loans are exploitative they can create a cycle of debt was generally on point."