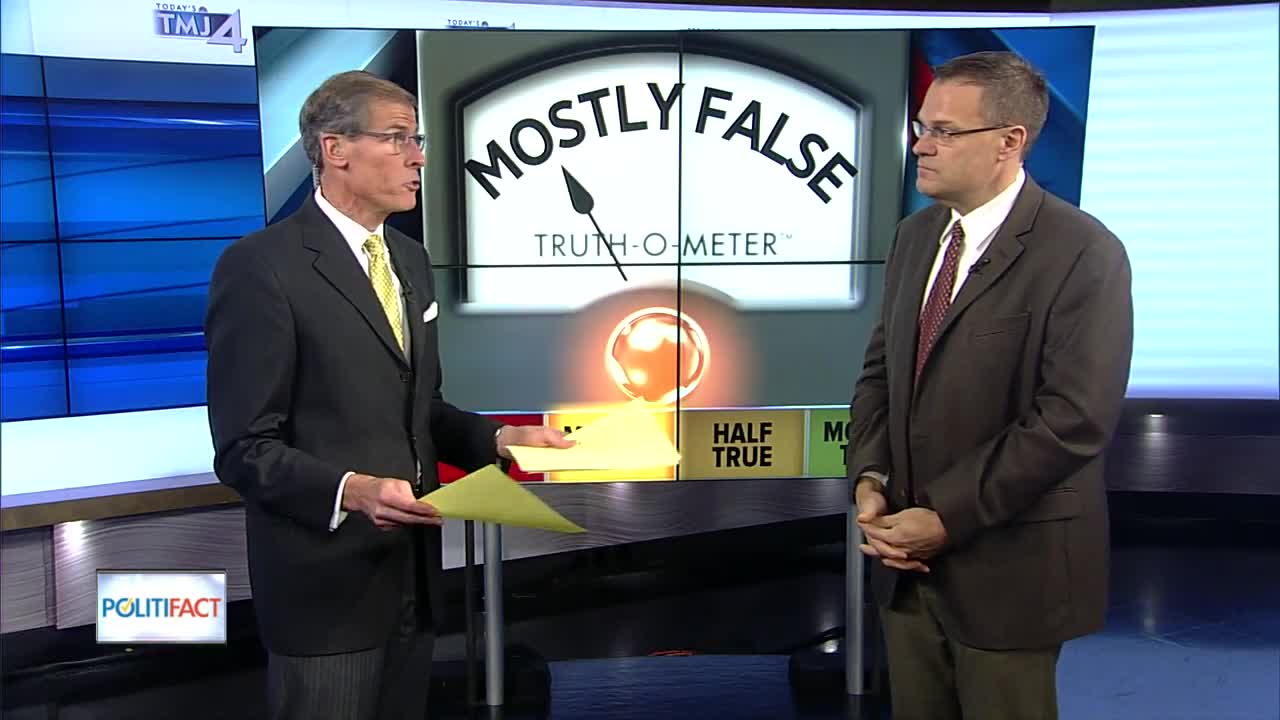 Greg Borowski with the Milwaukee Journal Sentinel talks about the most popular or clicked on PolitiFact Wisconsin stories in October.

GOP Assembly Speaker Robin Vos said "red flag laws" allow gun seizure without a judge's involvement: "They take it away first. Then you have to get permission from a judge to do it."

But red flag laws - including the one proposed in Wisconsin - don't typically work like that. They involve police or family petitioning a judge, who must sign a preliminary order before any guns can be seized.

Indiana does have a law set up as Vos describes, but even there the seizure decision by police is subject to immediate judicial review. And that's the exception, not the rule.

Johnson broadly said growth has been 10 times faster under Trump than Obama in his tweet. Those who read it would, presumably think the claim took in Obama's entire eight year tenure.

When you look at all of Obama's tenure and other measures, such as share of GDP, the picture is much closer to even between the two. In addition, Johnson over-attributes the cause of recent growth to GOP policies, when there are many other factors at work.

U.S. Rep. Glenn Grothman, R-Glenbeulah, claimed millionaires are eligible for food stamps, but "Donald Trump came along and decided to put a stop to it."

A rule proposed from Trump's USDA would bar people in other programs from automatically qualifying for food stamps. It would also require a review of an applicant's assets -- not just their income. It's that provision that has, in the past, allowed wealthy individuals to receive the benefits. Wisconsin is among dozens of states that do not do asset checks now.

Senate Majority Leader Scott Fitzgerald, R-Juneau, said universal background checks involve asking people "to submit the serial numbers to their guns to a state or federal official," and that violates the Second Amendment.

This statement came amid discussion over whether Wisconsin law should be changed to require background checks for gun sales by private parties, in addition to gun dealers, checks that are already required by federal law.

But the facts generally run counter to Fitzgerald's claim.

The serial numbers that are submitted for background checks don't end up in government hands for years or decades. And then the federal agency is barred from fashioning them into a database.

What's more, there is no evidence such a requirement would violate the Second Amendment, since several states have gun registries that have not been struck down by the courts - and a similar provision was upheld by federal courts in a Washington, D.C. case.