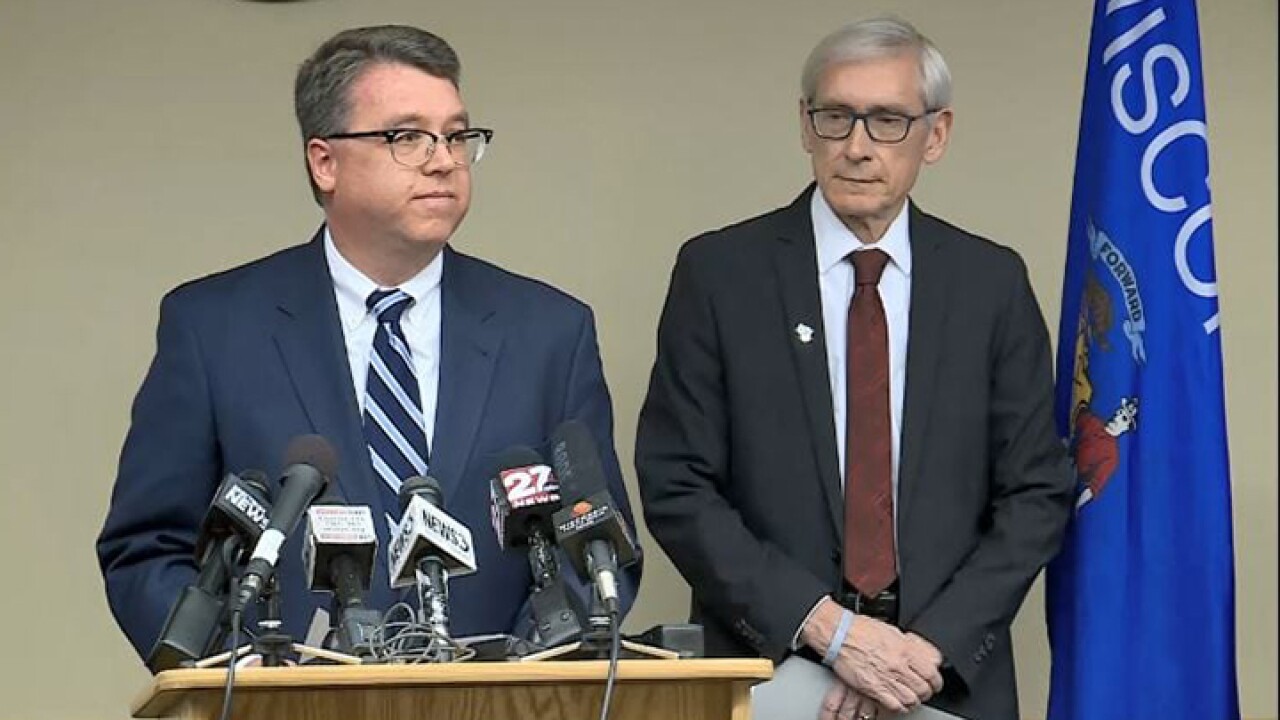 "It is astonishing that, in the middle of a dairy crisis and trade war, Republicans want to create even more uncertainty and instability by firing the leader of the agency charged with fighting for Wisconsin's farmers and rural communities," Evers said.

The governor appointed Brad Pfaff to run the the Department of Agriculture, Trade and Consumer Protection (DATCP) in December 2018. Pfaff's nomination received unanimous, bipartisan committee support earlier this year but has yet to be voted on in by the full GOP controlled state Senate.

Senate Majority Leader Scott Fitzgerald fired back telling TODAY'S TMJ4 on Sunday, "Brad Pfaff is part of the problem. He hasn’t dealt with this crisis at all," Fitzgerald said.

Pfaff has clashed with Republicans over funding issues after they turned down $100,000 for mental health services for farmers.

Fitzgerald predicted Pfaff would be voted down next week if his name is not withdrawn from consideration. "He has bungled this job since day one and I know other members of our caucus feel the same way," Fitzgerald said.

Jim Holte, president of the Wisconsin Farm Bureau, says Pfaff's "rural roots give him a solid foundation to serve our farmers well in a stressed economic time."