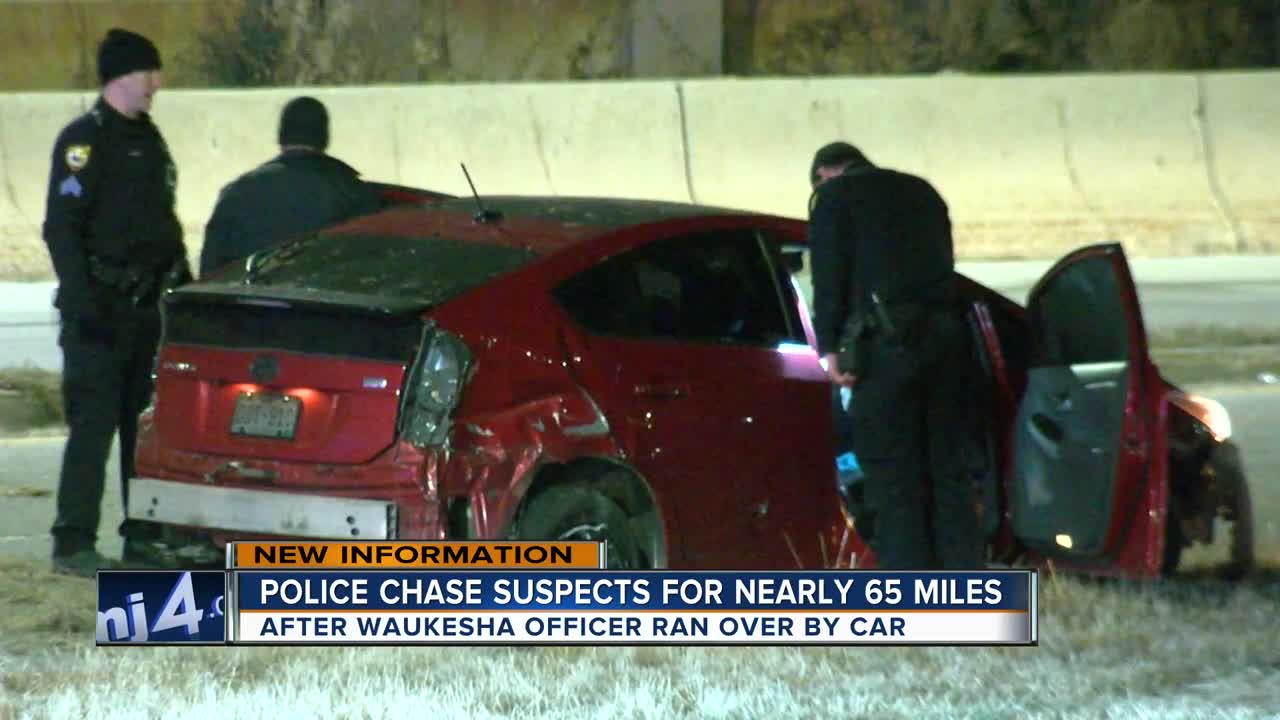 Two suspects were arrested and two officers were hurt after a suspected robbery turned into a nearly 65-mile chase that ended in a crash on an interstate off-ramp Thursday morning, police say. 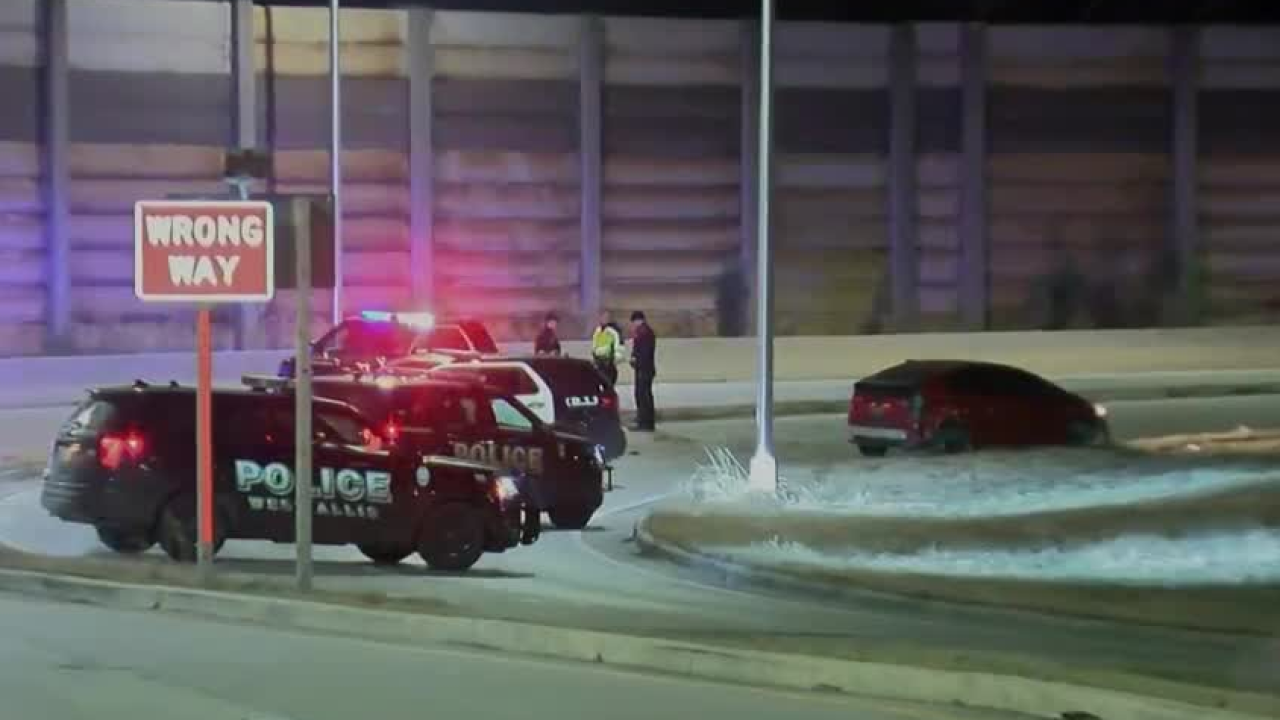 MILWAUKEE -- Two suspects were arrested and two officers were hurt after a suspected robbery turned into a nearly 65-mile chase that ended in a crash on an interstate off-ramp Thursday morning, police say.

According to police, it all started at about 9:30 p.m. Wednesday when officers were sent to a Kohl's store in Waukesha for a tip that a suspect was going to steal some clothes. When officers arrived, the suspect pushed a woman out of his car and began fighting with the officers. That's when police say the suspect threw the car in reverse and sped off, running over one officer and knocking another down.

Police say they later found the vehicle in Milwaukee, and started a chase. The chase covered nearly 65 miles and went through Cudahy, St. Francis, South Milwaukee, Oak Creek, Greendale, Greenfield, Hales Corners, West Allis, and West Milwaukee. The suspect was finally caught when West Allis officers laid down a spike strip, according to a news release from Waukesha Police.

Both officers who were hurt were treated by the Waukesha Fire Department. One was hospitalized but has since been released.

"We would like to thank Chief Morales and the members of the City of Milwaukee Police Department," Captain Dan Baumann said in a news release. "The partnership that has grown under your leadership is amazing and we are grateful for all the assistance provided to us last night, we can't thank you enough."

Police say they are not naming the suspect at this time, as he has not been charged.