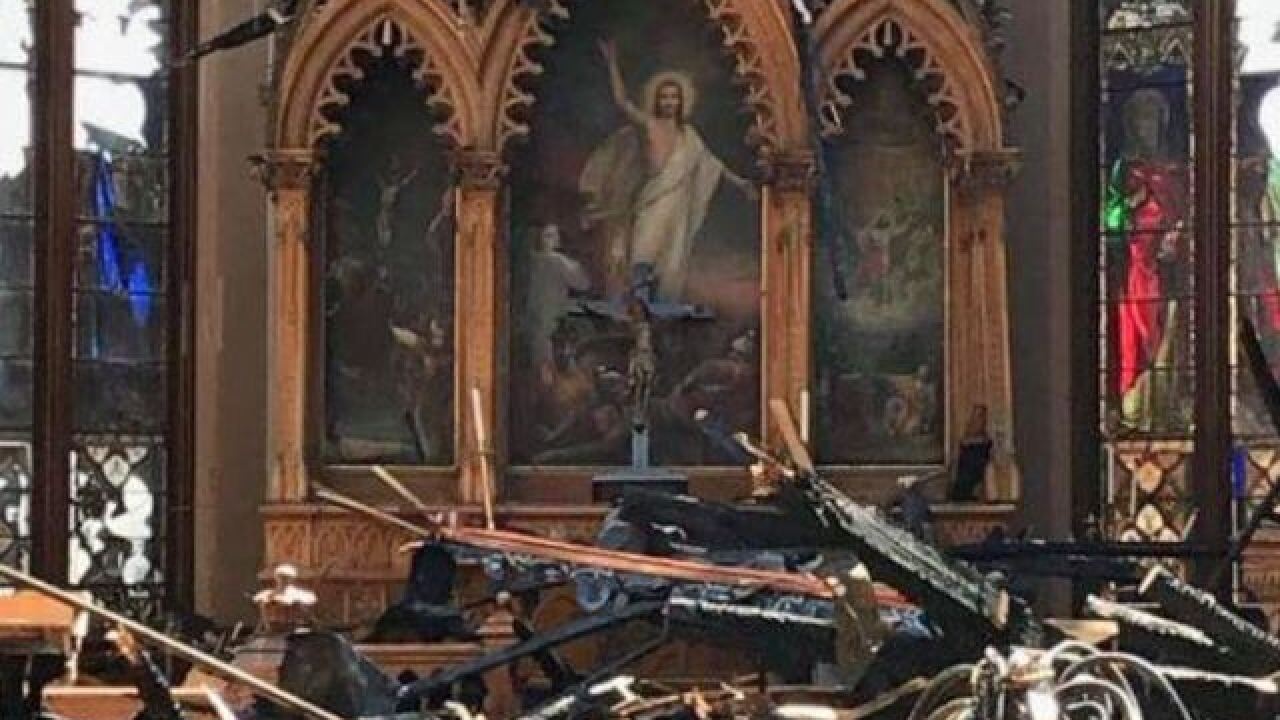 MILWAUKEE -- A new photo shared Thursday by Trinity Evangelical Lutheran Church is giving us some idea of the extent of the damage left behind by a four-alarm fire earlier this week.

"This photo speaks loudly," the caption from Trinity Milwaukee's Facebook post reads, before a quotation from Matthew 28:20: “Behold I am with you always, even until the end of the age.”

Some items, like friezes from behind the altar and pastoral vestments, were able to be salvaged and removed after a small group from the congregation toured the damage Wednesday afternoon.

Pastor Edward May noted many of the church’s pews were in good condition.


“Our purpose is to communicate and to share the news of Christ,” May said. “Anything he preserves in the building to help us do that is simply an asset.”

Members of the community will meet Thursday night to discuss where the church will hold services and meetings in the coming weeks.

“We’ve had several churches in the immediate area, who are part of our church body, who have offered their facilities up for meeting space, and for worship space,” said Rev. Jonah Burakowski, Mission Executive with the South Wisconsin District of the Lutheran Church - Missouri Synod.